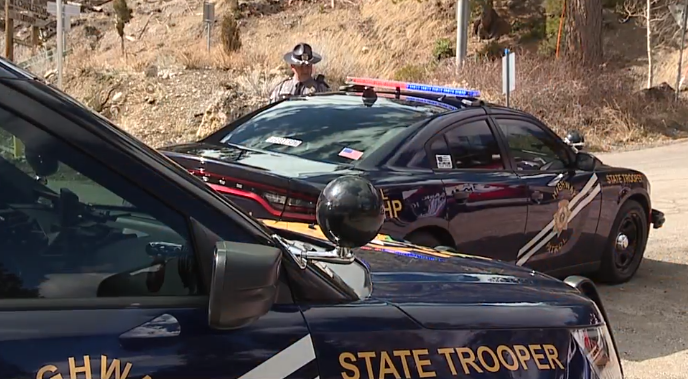 The shooting was reported at 1:08 p.m. NHP says they received a call about a suicidal person. When they arrived, they discovered a man in his car. They tried to talk him out of his car. At some point, gun shots were exchanged.

No troopers were injured but the 23-year-old man was hit. He was transported to UMC Trauma with non-life-threatening injuries. He was also placed under arrest.

The NHP did not release any further immediate details from the scene.