Drivers must have scheduled appointments 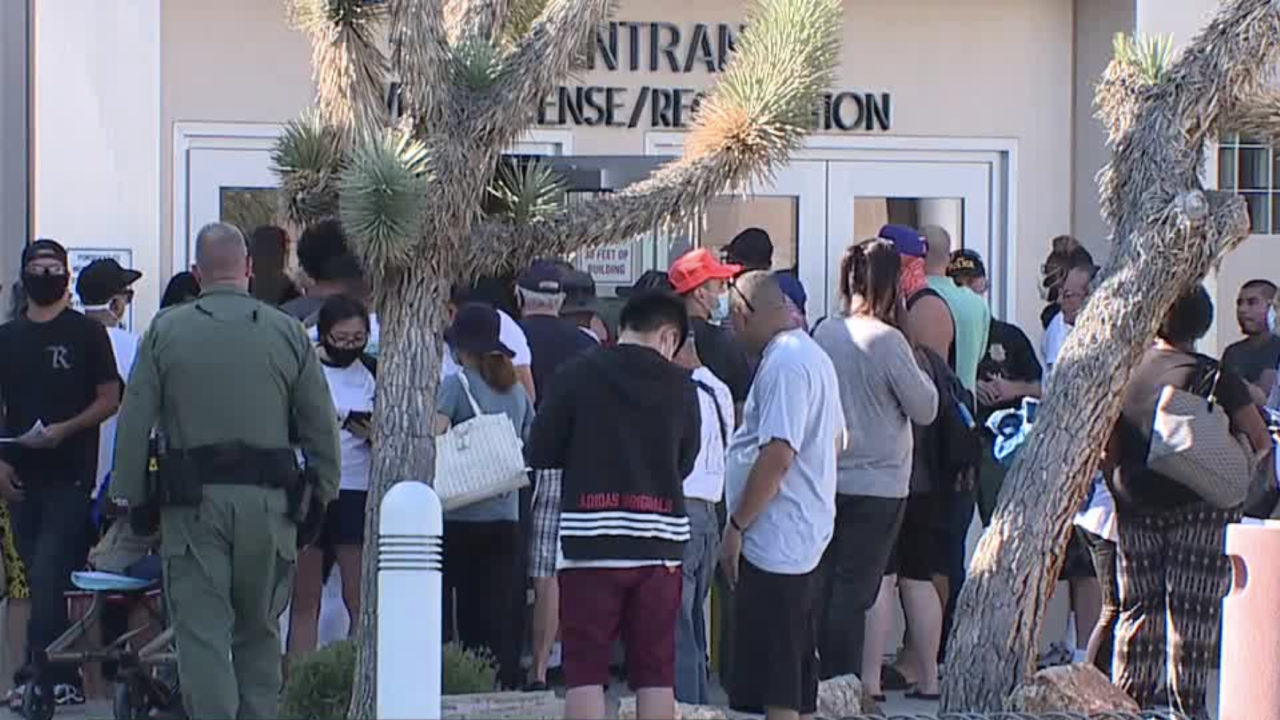 LAS VEGAS (KTNV) — Many people are concerned because some of the documents they have to legally drive a vehicle in the state of Nevada have expired and the grace period for getting those documents renewed will end on Sept. 13.

After state offices were forced to close because of the coronavirus pandemic, it was announced that anyone whose driver’s license or car registration expired between certain dates would not be automatically penalized.

Once the Nevada Department of Motor Vehicles was able to begin offering some in-person services again, drivers were given until Sept. 13 to renew expired documents.

However, the appointments filled up quickly and many are facing the possibility of not meeting that deadline.

The Nevada Department of Motor Vehicles says it has served 28,616 walk-in customers and 33,502 customers with appointments since its limited reopening.

The four Las Vegas offices and Reno are each able to process about 500-600 customers per day, not including driving tests, business services and back-office transactions.

PREVIOUS STORY: Hundreds turned away from DMV due to new 'appointment only' policies

For customers who are unable to renew on time and are not covered by the extension, the DMV is instructing them to make an appointment, print out the confirmation and carry that document with them. They have notified law enforcement and asked them to show leniency to customers in this situation as the DMV works on a longer-term solution to this problem.

The DMV also says that they have been opening new appointment slots and are doing everything possible to configure the offices to allow more windows to open while maintaining social distancing and the building capacity limit or 50 percent.

They want to emphasize that customers should cancel their appointment if they are unable to keep it. They've had 606 no shows for appointments that could have gone to other motorists.

Walk-in customers are also accepted between 8 a.m. and noon on Saturdays.