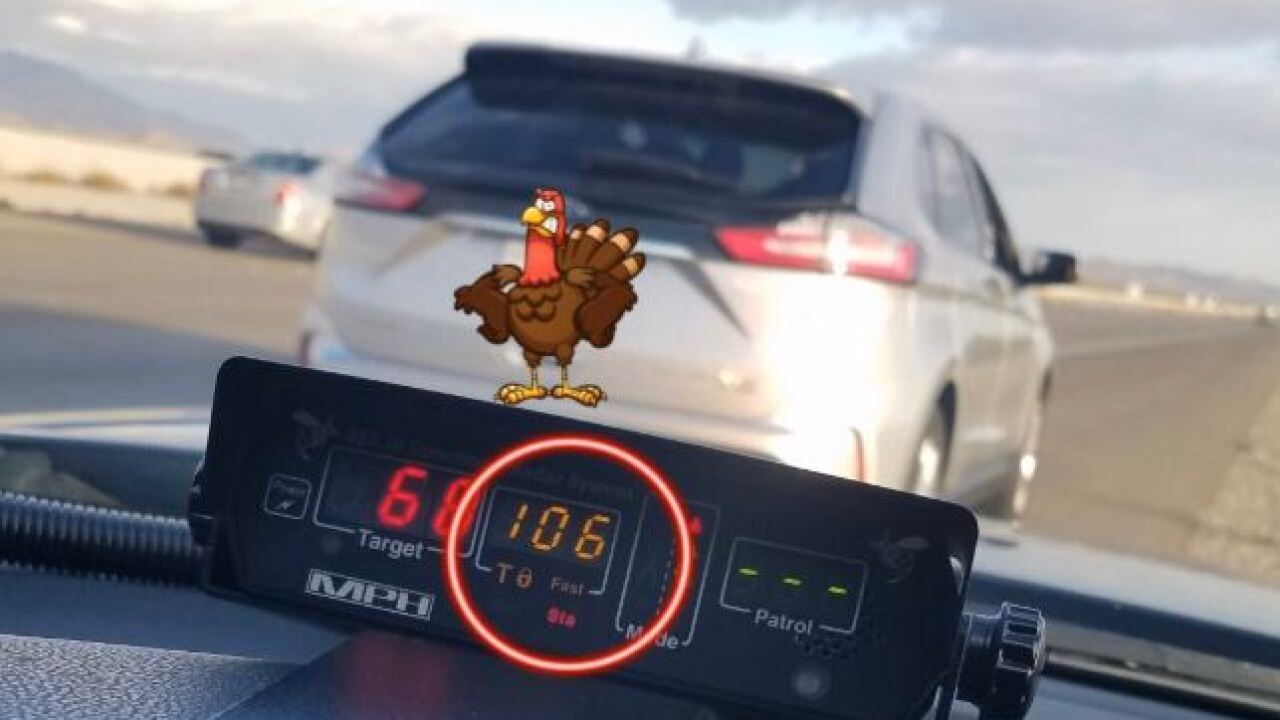 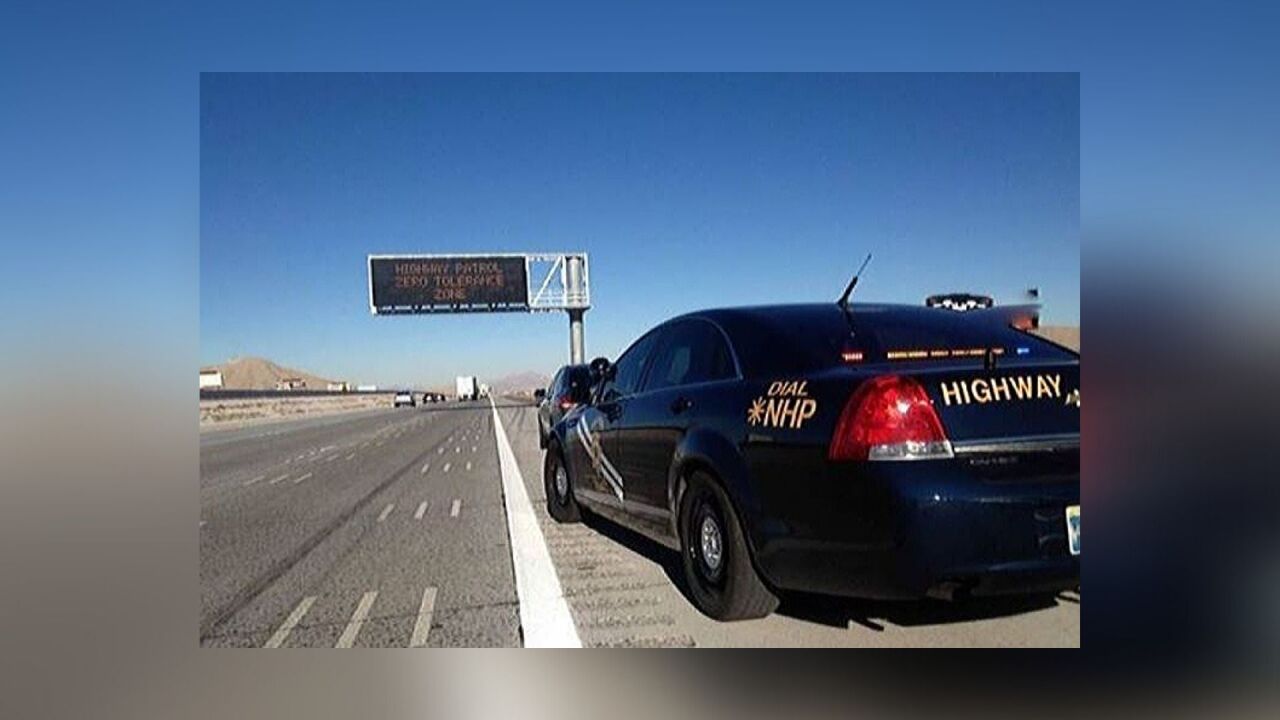 Troopers said the citation numbers are expected to rise as their enforcement continues during the Thanksgiving weekend.

ORIGINAL STORY
Authorities are gearing up for a busy holiday weekend for Thanksgiving with additional highway patrols starting on Wednesday.

The two agencies will focus their efforts on speed infractions, the move over law, and distracted driving violations, according to NHP.

Drivers in Nevada will be warned with the DMS electronic freeway signs, which will flash the message “Move Over or Slow Down for Stopped Emergency Vehicles” as well as “Entering NHP Zero Tolerance Zone” as a reminder to be safe.

The California Highway Patrol will focus its efforts with patrol cars and the use of its fix winged aircraft that measures speed from the air.

An estimated 45,000 vehicles, on average, enter Nevada on the I-15 from Los Angeles, Calif. daily, according to NHP, with even more expected to take to the highway over Thanksgiving weekend.

RELATED: Planning to travel for Thanksgiving? Experts say there's a time to avoid

AAA is estimating 55 million motorists will hit the roads this Thanksgiving to celebrate the holiday with family and friends.

Weather is also expected to play a significant role in travel over the holiday - with mountain snow and rain expected in both states.

NHP and CHP said both agencies will maintain a high visible presence on the freeway to keep vehicle speeds down with the goal of enforcement to ensure both states have zero fatalities over the Thanksgiving holiday.