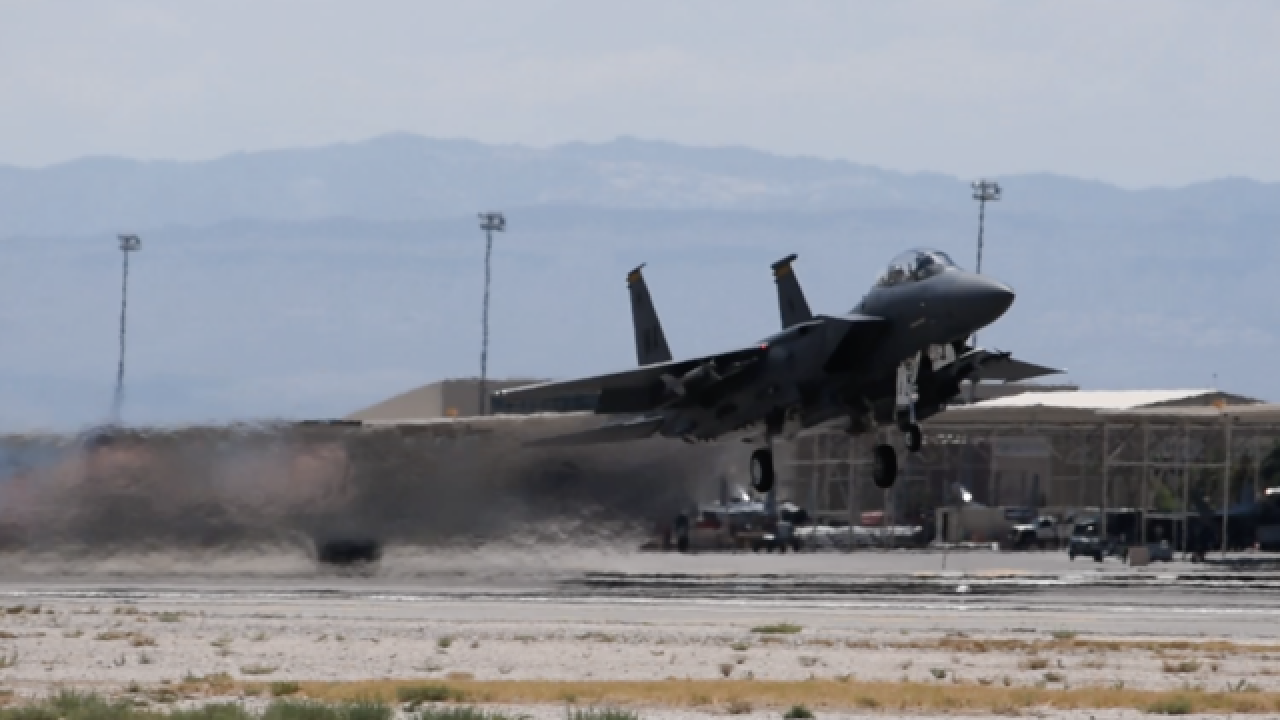 Copyright 2017 Scripps Media, Inc. All rights reserved. This material may not be published, broadcast, rewritten, or redistributed.
Bryce Riley

Aircraft are scheduled to depart Nellis Air Force Base twice a day at various times. There may be night launches as well to allow air crews to train for nighttime combat operations.

The Red Flag exercise is hosted north of Las Vegas on the Nevada Test and Training Range.

Red Flag gives aircrews an opportunity to experience advanced, relevant, and realistic combat-like situations in a controlled environment to increase their ability to complete missions. It also prepares maintenance personnel, ground controllers, space and cyber operators to support those missions within the same tactical environment.