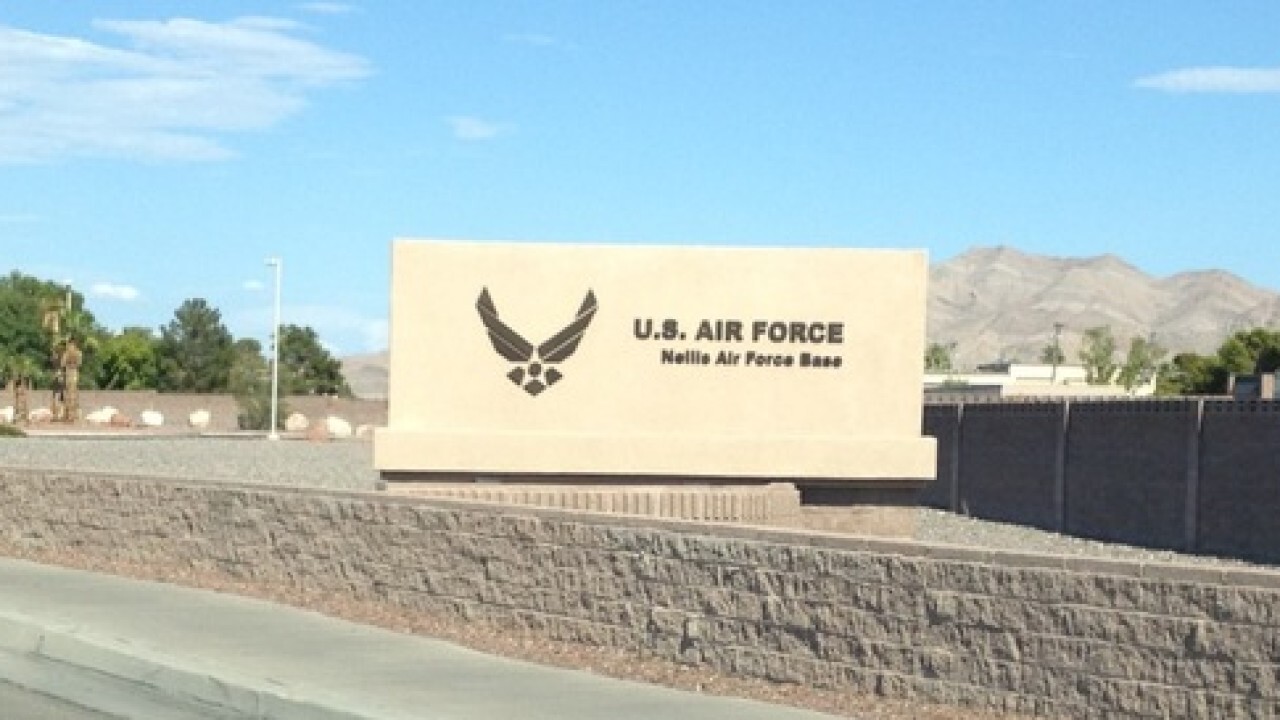 LAS VEGAS (KTNV) — Nellis Air Force Base, along with Las Vegas police, are continuing to investigate an incident Tuesday that led to two people to get through gate unauthorized.

Around 5 a.m. Dec. 4, the Base Defense Operations Center received a call from two airmen reporting they were approached by an individual who claimed to have been kidnapped and sexually assaulted. 99th Security Forces Squadron Defenders immediately responded to the victim, who provided a description of her alleged assailant’s vehicle.

Security Forces members discovered the vehicle and alleged assailant in the Crosswinds Dining parking lot on the base at approximately 5:30 a.m. Further investigation showed neither the alleged victim nor the assailant were authorized to be on Nellis Air Force Base at which point Las Vegas Metropolitan Police Department was called in. Both individuals were turned over to LVMPD for questioning and investigation into the allegations.

In a statement, Nellis Air Force Base wrote "99th Air Base Wing takes installation security very seriously and is looking into the matter and examining what processes may need to change to further bolster security. At no point were aircraft, classified information, or personnel threatened. The investigation into how the individuals gained access to Nellis is ongoing and more information is not available at this time."

Preliminary findings of the ongoing investigation into the incident on show that both individuals entered the base together through the main gate at 4:25 a.m. Proper entry procedures were not followed.

Security forces personnel at the gate during the time of entry have been placed on administrative duties pending the outcome of the investigation. Nellis Air Force Base said this appears to be an isolated incident. More information will be available once the investigation has concluded.

Neither of the two people who entered the gate have been charged in the gate breach, nor in the possible sexual assault.