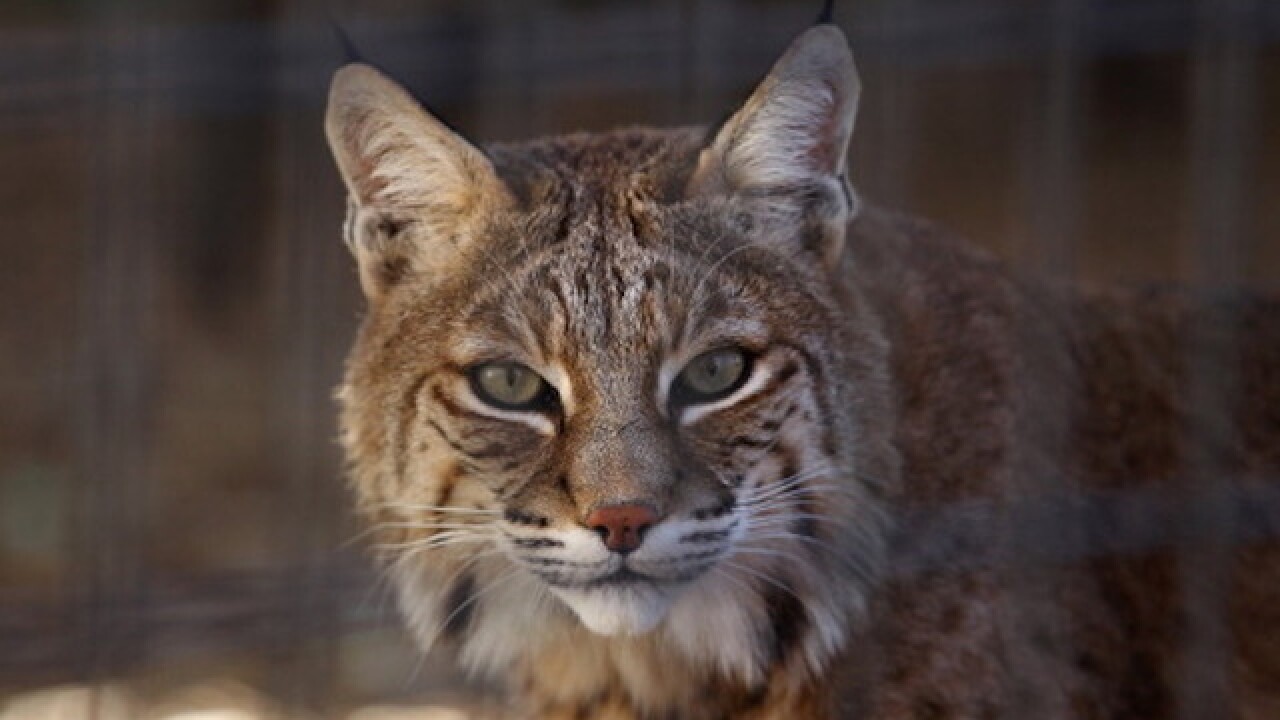 Copyright 2017 Scripps Media, Inc. All rights reserved. This material may not be published, broadcast, rewritten, or redistributed.
John Moore
<p>KEENESBURG, CO - OCTOBER 20: A rescued bobcat waits to be fed at The Wild Animal Sanctuary on October 20, 2011 in Keenesburg, Colorado. The non-profit sanctuary is a 720 acre refuge for large carnivores that have been confiscated from illegal or abusive situations and is currently home to over 290 lions, tigers, bears, wolves and other animals. It is the oldest and largest carnivore sanctuary in the United States, having been in operation since 1980. (Photo by John Moore/Getty Images)</p>

A bobcat that has been missing from a Washington, D.C. zoo for more than 48 hours has finally been located.

According to WRC-TV, the Ollie the bobcat was found on the grounds of the National Zoo.

Earlier on Wednesday, the zoo had called off the search for the bobcat, saying the zoo needed to deal with with day-to-day duties.

Ollie's escape prompted 13 nearby schools to cancel outdoor recess on Tuesday. The zoo had also received numerous reports that the bobcat had been spotted prowling the streets of D.C. neighborhoods.

The 7-year-old escaped from her enclosure between 7:30 and 10:30 a.m. on Monday. Zookeepers speculate that Ollie escaped from a small 5 inch by 5 inch hole in the cage that has since been repaired.