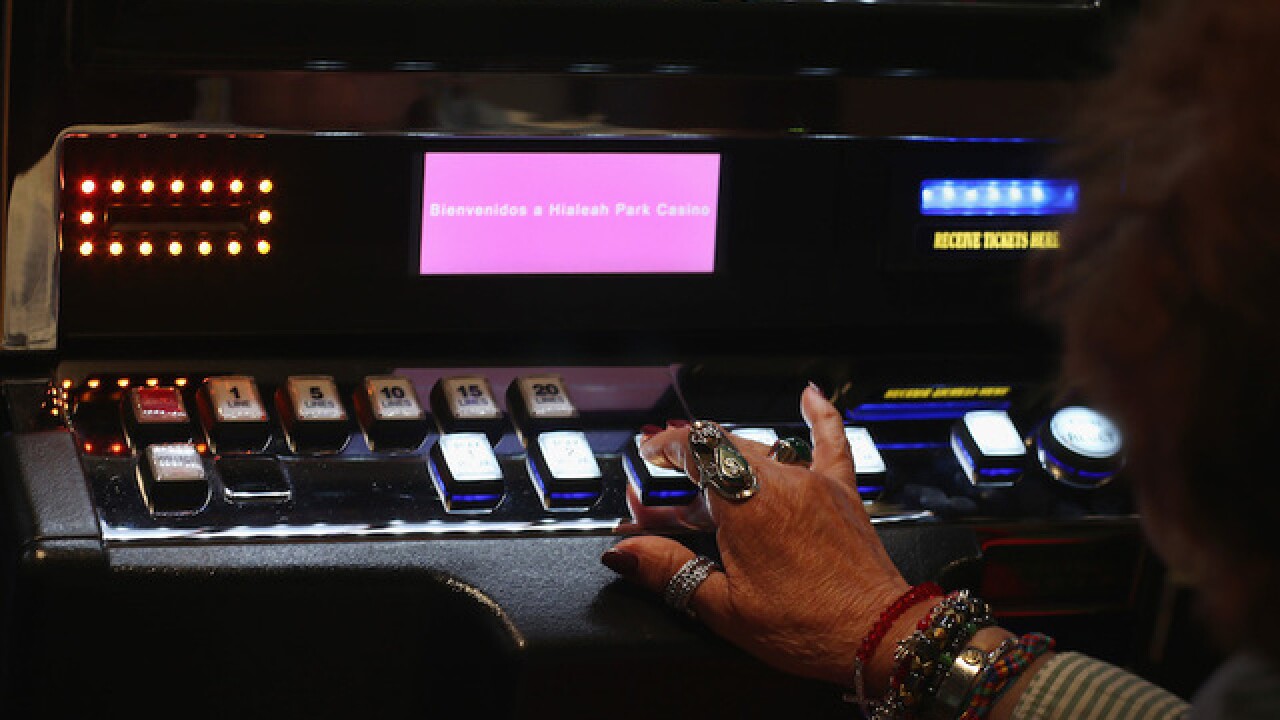 Image copyright 2013 Getty Images. All rights reserved. This material may not be published, broadcast, rewritten, or redistributed.
Joe Raedle
<p>A woman plays a slot machine on August 28, 2013 in Hialeah, Florida.</p>

A New York mother is furious after being denied a $43 million slot machine jackpot she thought she hit, instead being offered a steak dinner.
Katrina Bookman of Queens was gambling at Resorts World Casino near La Guardia Airport in August, when a slot machine suddenly told her, "Printing cash ticket. $42,949,672.76."

It wasn’t long before Bookman was surrounded by customers and casino personnel as she celebrated her win and was eventually escorted from the casino floor. She was told to return the next day, USA Today reports.
As an unemployed mother of four who grew up in foster care, Bookman had already started daydreaming about how to make use of the money.
But when she returned to the casino the next day, Bookman says she was told she didn’t win anything as the machine was malfunctioning. In fact, the New York State Gaming Commission told Bookman the machine is only supposed to pay out a maximum win of $6,500.
A disclaimer on all machines in the casino reads, "Malfunctions void all pays and plays."
Bookman, however, didn’t even win the maximum – according to the gaming commission, her actual winnings totaled only $2.25. As a gesture, the casino offered her a steak dinner, which she refused.
The machine, meanwhile, was soon repaired and returned to the casino floor.
Bookman has contacted an attorney, USA Today reports. Attorney Alan Ripka apparently believes Bookman should at least be entitled to the maximum payout of $2,500.
Copyright 2016 Scripps Media, Inc. All rights reserved. This material may not be published, broadcast, rewritten, or redistributed.