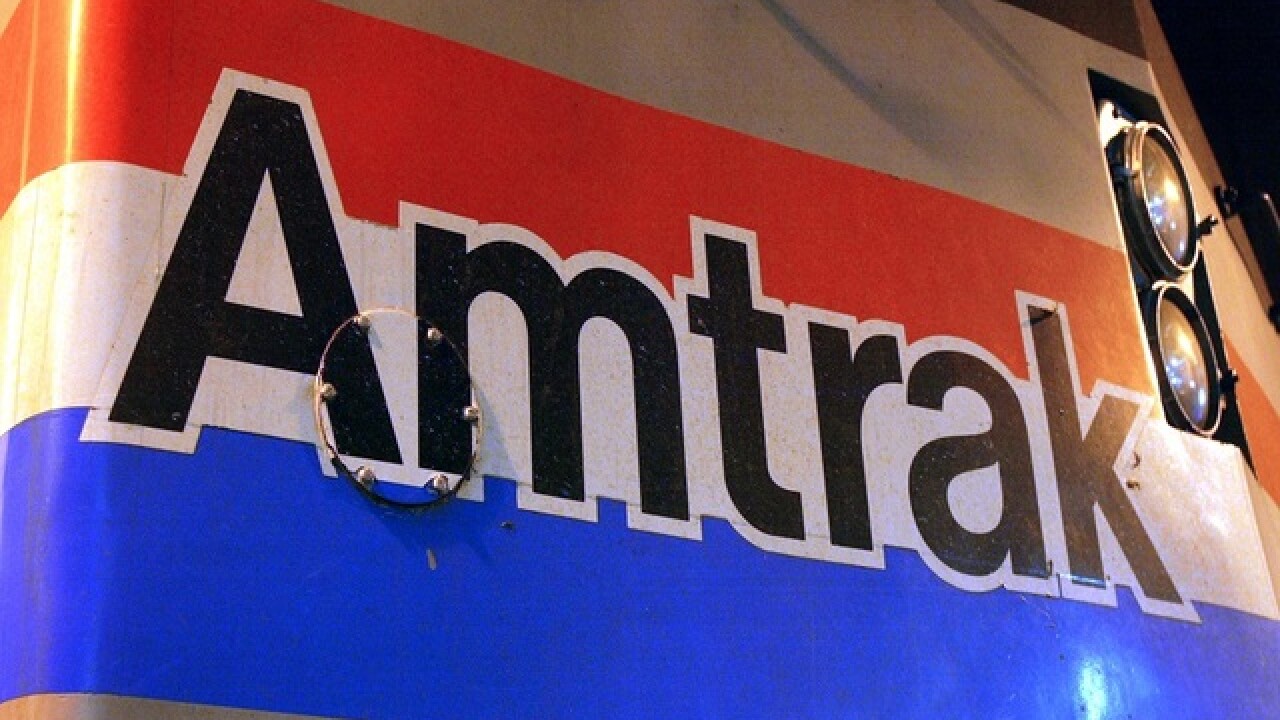 SAN LEANDRO, Calif. (AP) — A mother and her child died Tuesday after an Amtrak train crashed into their SUV in the San Francisco Bay Area, authorities said.
The front of the SUV was crushed beneath the train in San Leandro, where the crash occurred Tuesday afternoon.
The crash occurred at a railroad crossing, Amtrak spokeswoman Vernae Graham said. She did not know whether the arms were down.
There were 39 passengers on the train bound for Sacramento from San Jose. None of them was injured, Graham said.
The train is allowed to go up to 79 mph through the area. Graham said she didn't know how fast it was going.
The scene might have been confusing for the driver of the SUV, San Leandro Police Lt. Robert McManus said. "There is a construction zone which could have created some confusion," McManus told KNTV-TV.
But another TV station, KTVU-TV, reported the SUV was stopped on the tracks because of traffic.
Paul Wilke, a passenger on the train, told the news station that the train was moving at normal speed when he heard a long whistle and felt the train slow down and crash before stopping quickly.
Firefighters responded after receiving a report of a train crash with people trapped in the vehicle, Alameda County fire spokeswoman Aisha Knowles said.
The deaths were the fourth in two days from Amtrak trains in the Bay Area after two pedestrians were killed in separate incidents Monday.
Associated Press 2016