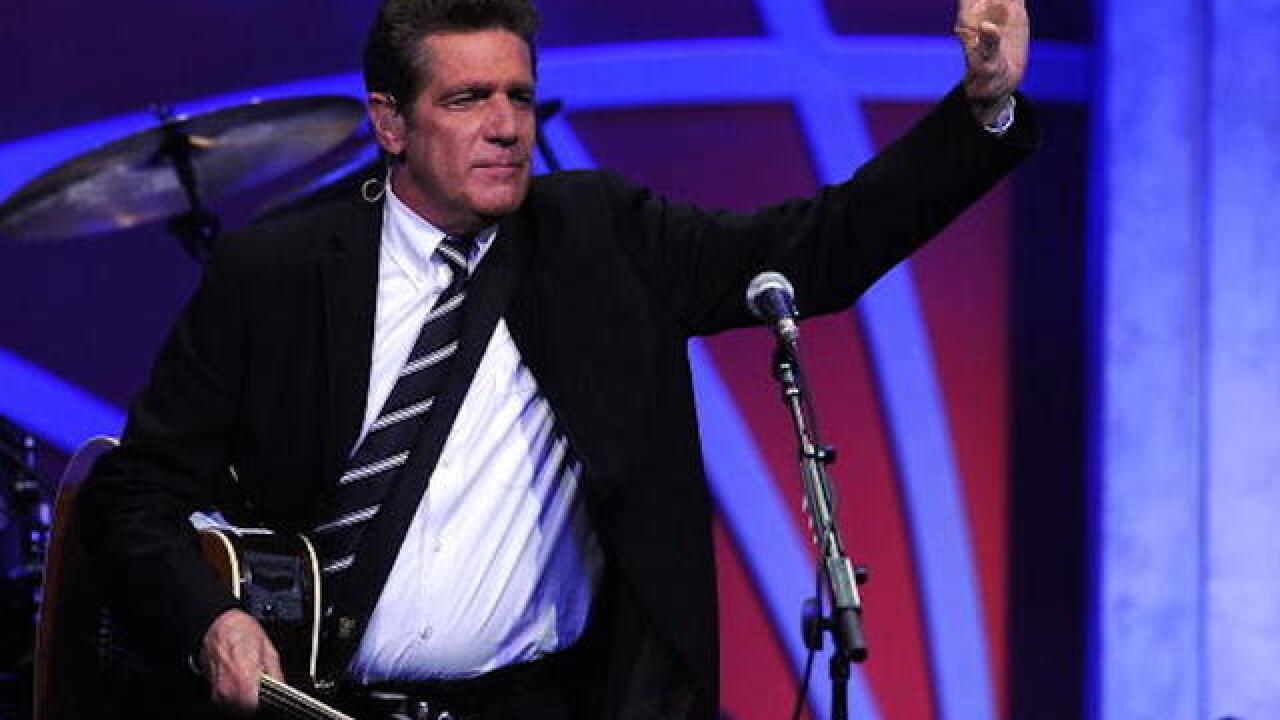 Glenn Frey will forever be “standin’ on a corner in Winslow, Arizona.”

The Arizona town has installed a life-sized statue of the longtime Eagles member, bringing to life the lyrics from the band’s 1972 hit, “Take It Easy.”

Frey, who passed away earlier this year at the age of 67, co-wrote “Take It Easy” with Jackson Browne. Many feel that a second statue in Winslow bears a striking resemblance to Browne.

Frey’s statue was erected in “Standin’ On The Corner” park in Winslow, a public park made out of a city block that includes mural and a “flat-bed Ford” truck parked permanently nearby.

Winslow, Arizona honors Glenn Frey with a statue standing on a corner and taking it easy. #Eagles pic.twitter.com/R2sjH2UXNc

According to the Associated Press, radio talk show hosts Mark Devine and Paul Marshall helped fund the cost of the statue along with the Standing on Park Foundation.