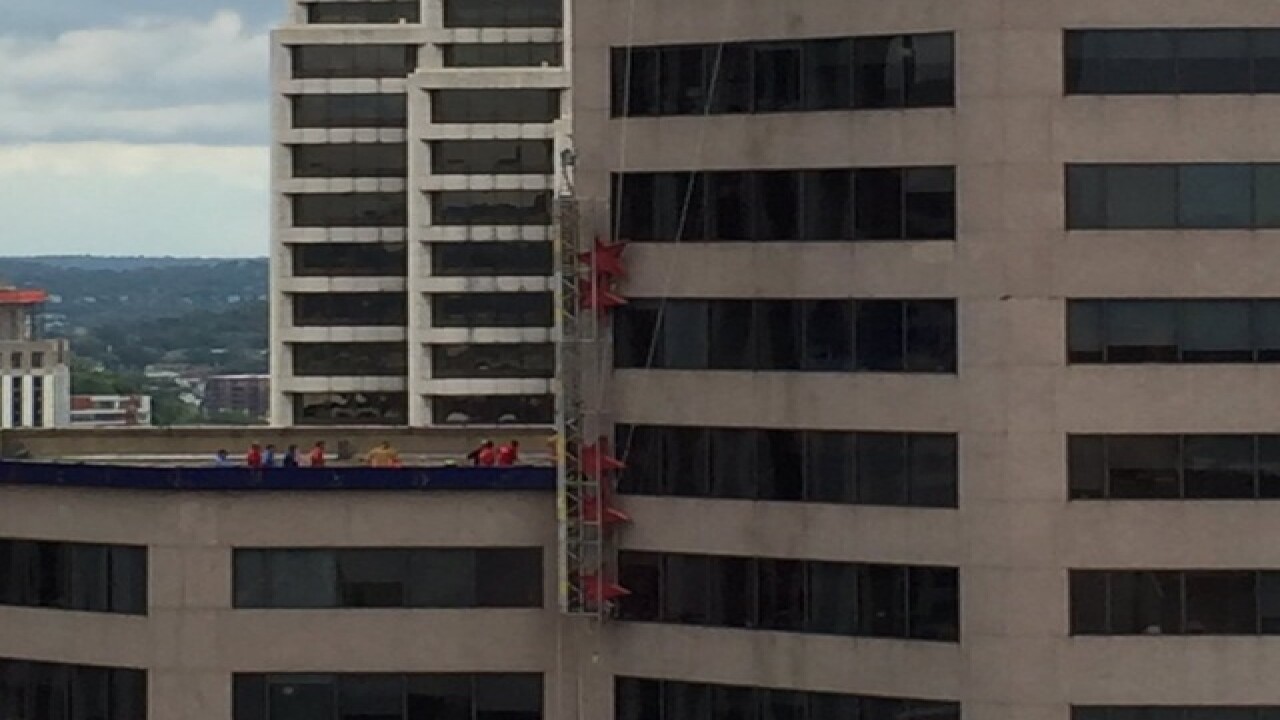 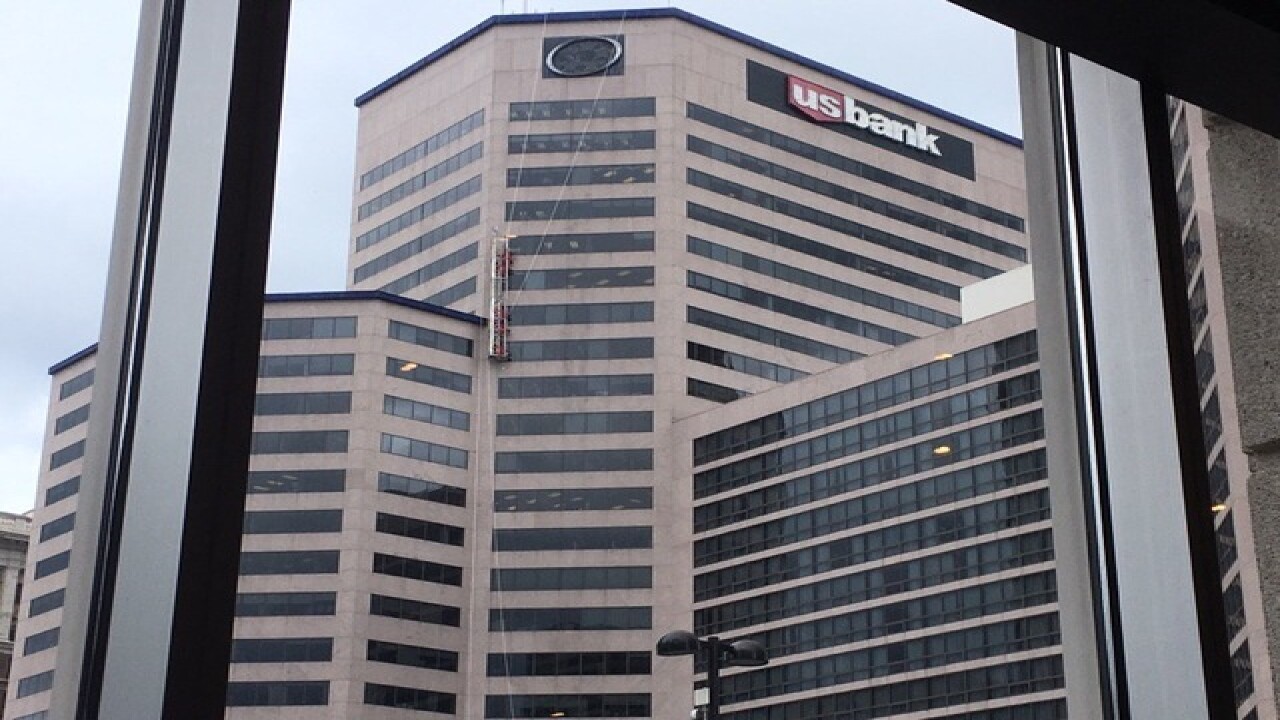 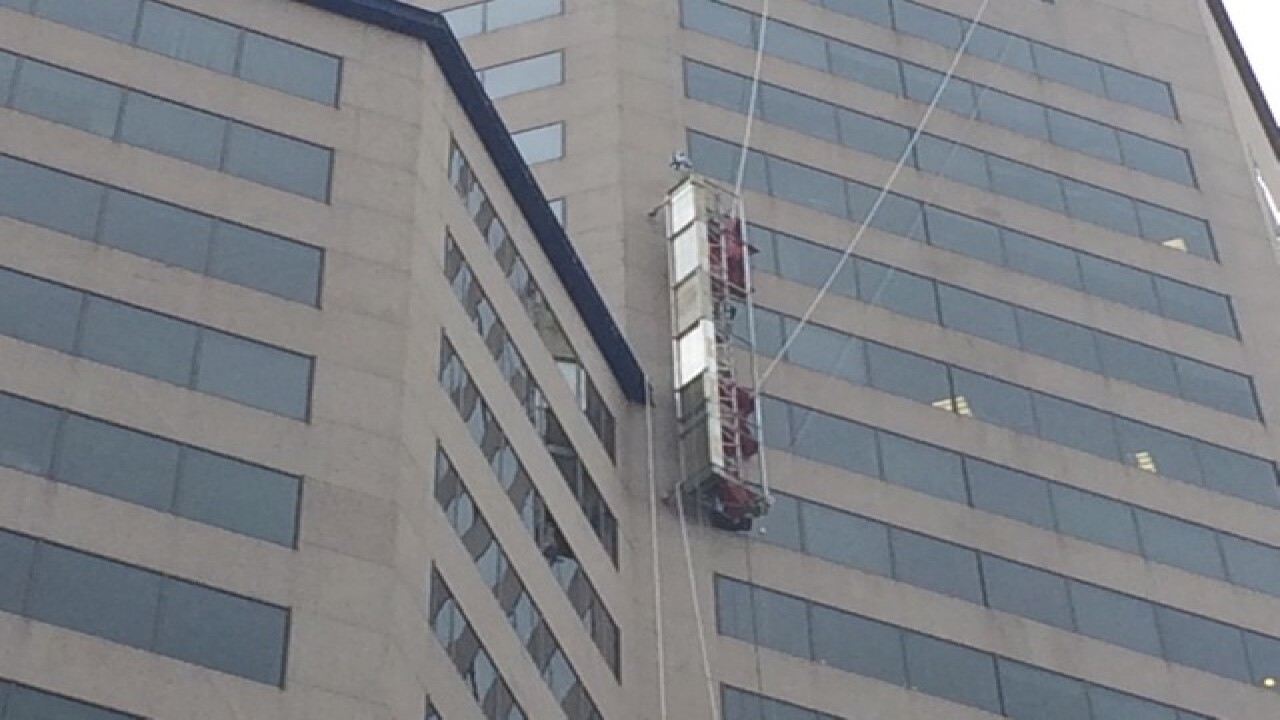 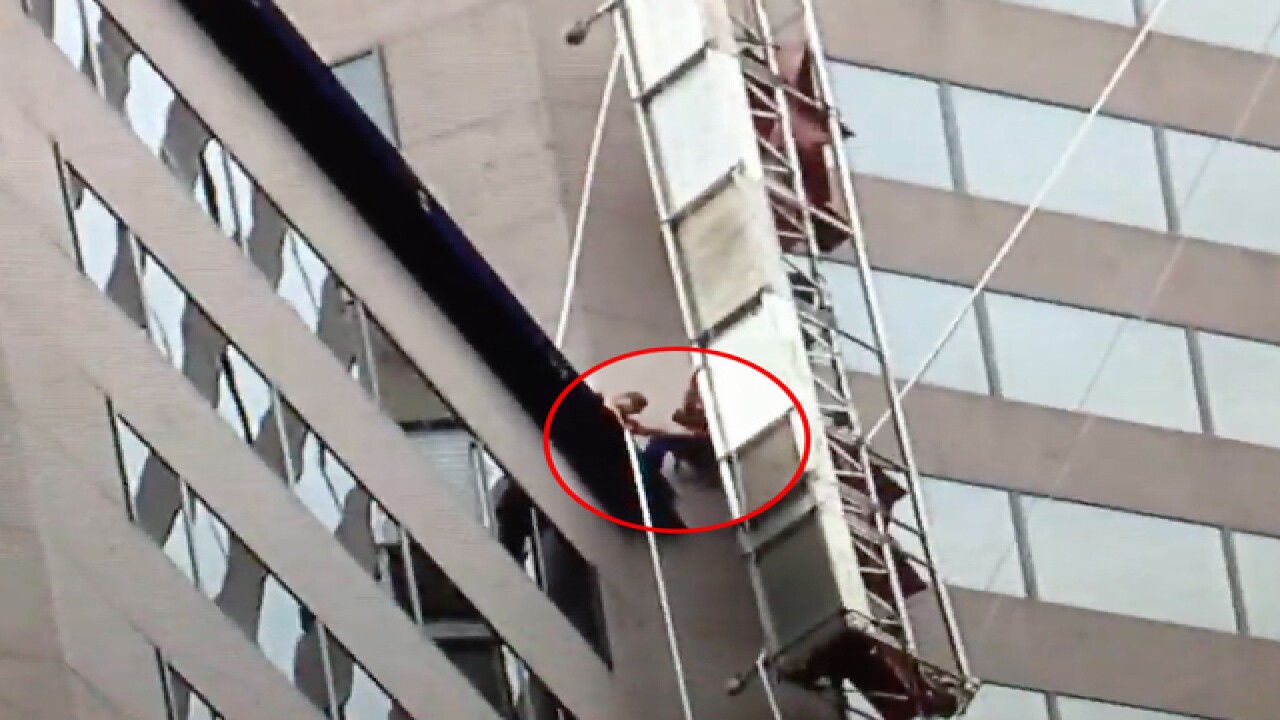 CINCINNATI -- A platform suspended from a building in downtown Cincinnati collapsed Tuesday, sending two workers scrambling onto a nearby rooftop and creating a lunchtime spectacle.

U.S. Bank Tower is located across from Fountain Square, the city's main downtown plaza. The platform was dangling above the building's large, glass-covered atrium that houses Ingredients, a lunch restaurant popular with Downtown workers.

CPD telling people to get back just in case the scaffolding falls. @WCPO pic.twitter.com/kZx3nCYFLs

Lt. Steve Saunders, Cincinnati police spokesman, said two people got themselves off the platform to safety.

Cincinnati Fire Department spokeswoman Cathy Ritter said no one was on the unit as fire crews worked to secure it.

The suspended scaffolding is similar to the type used by window washers, but it appears the crew may have been working on the building's signage.