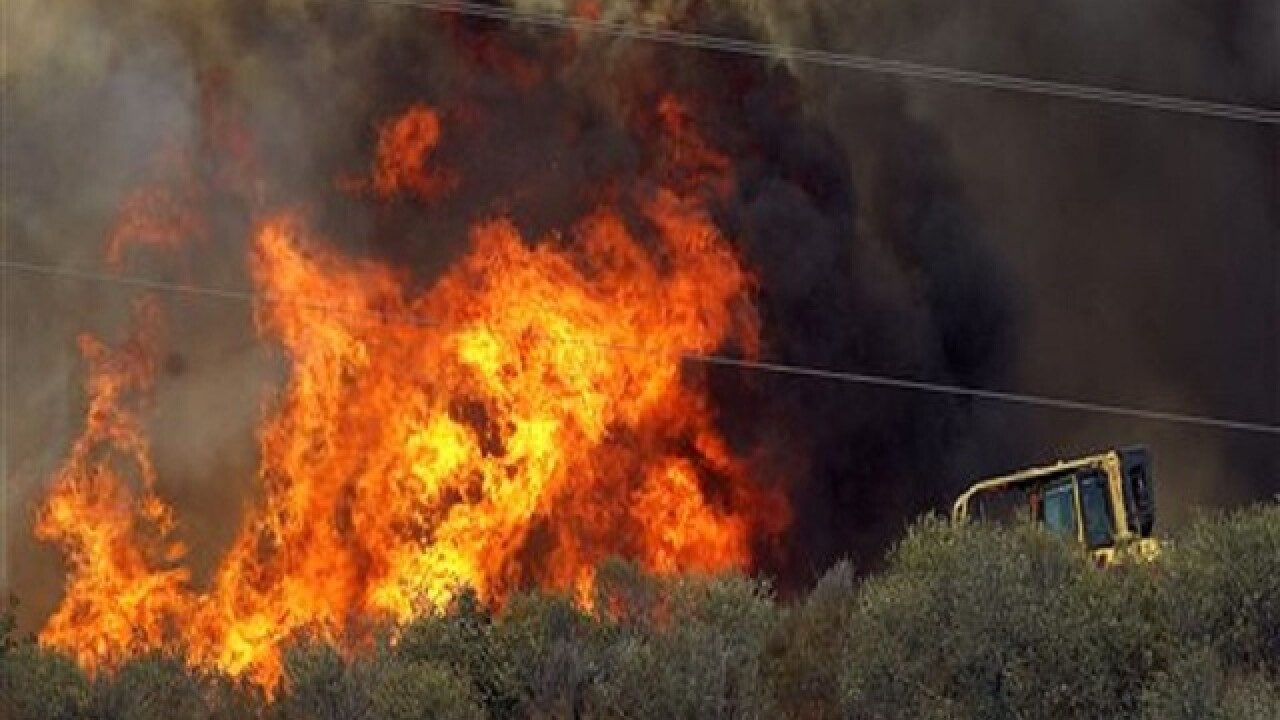 Terry Pierson
<p>A man in a dozer fights a wildfire as it burns near homes in the brush in Beaumont, Calif., Tuesday, Aug. 30, 2016. (Terry Pierson/The Press-Enterprise via AP)</p>

BANNING, Calif. (AP) — Fire officials say a wildfire tearing through brush east of Los Angeles has destroyed an outbuilding and forced 700 people from their homes.
The Riverside County Fire Department says the fast-moving fire has prompted the evacuation of at least 200 homes as it races through drought-dry hills near Banning.
One firefighter was treated for a non-life threatening injury.
The blaze, known as the Bogart fire, erupted shortly before 12:30 p.m. in the unincorporated Cherry Valley area and has thrown up a line of 25-foot-high flames. Winds gusting to about 20 mph and tinder-dry fuel are helping propel the blaze, which is just 5 percent contained.
A mobile home park and scattered homes on large properties have been evacuated.
More than 300 firefighters and more than a dozen aircraft are battling the flames.
Copyright 2016 The Associated Press. All rights reserved. This material may not be published, broadcast, rewritten or redistributed.