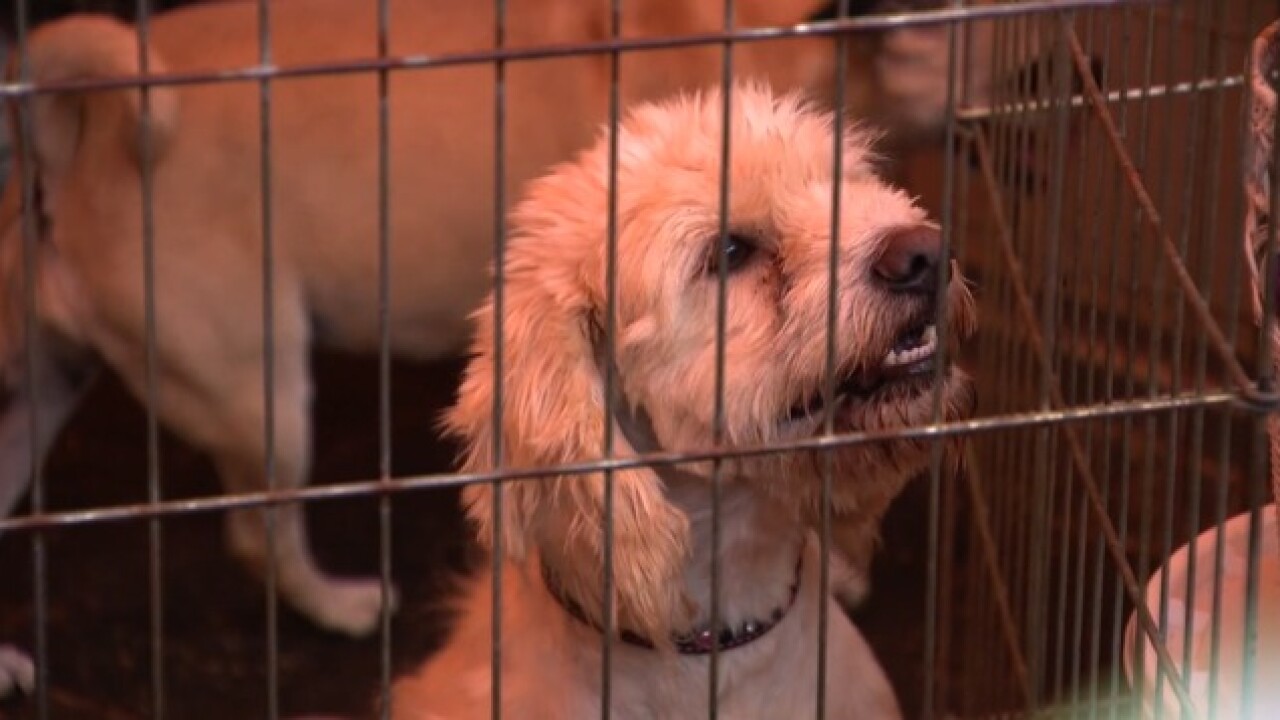 A Northern California family was forced to evacuate their home over the weekend, as the Carr wildfire continues to spread. Not only was the family tasked with getting themselves out, they also had to evacuate the animals on their rescue farm.

“It’s our family, yeah,” says Ellsworth. "We take ‘em in from—sometimes they’ve been abandoned; a lot have been abused, neglected.”

This weekend, those animals needed to be rescued from their sanctuary, as the fire in Northern California moved frighteningly close to their farm.

“All the sudden, our neighbors come drivin’ up and they’re like, ‘Get out! We’re being evacuated,’” recalls Ellsworth. “The police are coming around, so that’s the notice.”

Because of the time constraints to get out, they had to abandon two pigs and two feral dogs that couldn’t be corralled into trailers in time.

The animals the family could take, they brought to the Rolling Hills Equestrian Center.

Terry Skevington, with the center, says it’s one of the few places that allows owners to bring animals of all shapes and sizes. The animals can even sleep on site with them.

He says the outpouring of donations of items--like fans for the animal stalls, halters and even feed--has been overwhelming.

As for Ellsworth, she doesn’t know the status of her home or the animals she left behind, but she says she’s been able to keep it off her mind by staying busy.

Fortunately, Ellsworth has insurance. She says in the worst-case scenario, she’d use the money as an opportunity to build a new barn for her animals.

Representatives for the Humane Society that serves the region say, overall, they’ve seen about 1,000 animals displaced since the Carr fire broke out. About 150 of those animals have been housed at Rolling Hills. The center’s operators here say those animals and their owners can stay as long as they need.