Wild video shows buses, police cruiser plow into each other at snowy intersection 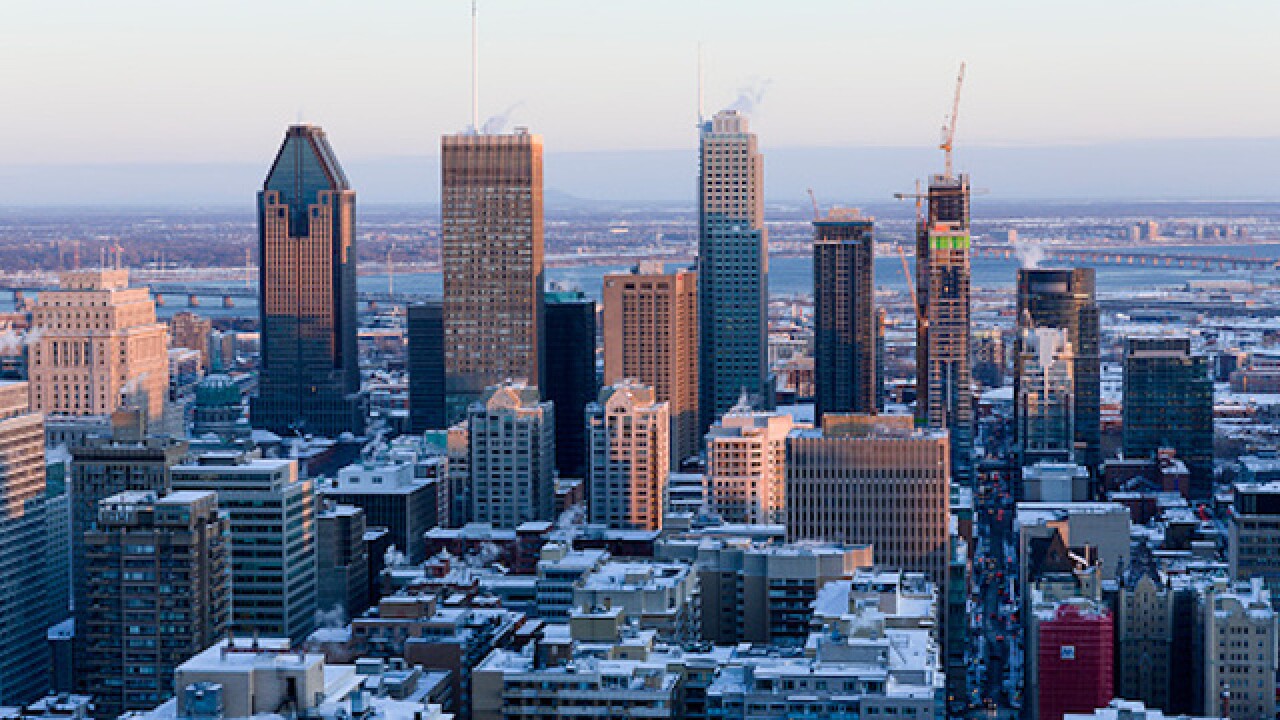 Several inches of snow fell on Montreal late Sunday night and early Monday morning from a system that swept across the Midwest of the United States over the weekend. The storm created a brutal morning commute in Canada's second-largest city.

One after another, cars, buses, a police cruiser and even a plow truck all slammed into each other during the Monday morning commute at an intersection in Montreal.

A video posted on Facebook and You Tube by Willem Shepherd shows how the whole pileup took place.

Among the bizarre sights during Monday's pileup that involved nearly a dozen vehicles, a police car going in reverse bumped into the back of a city bus.

It appeared in multiple videos that the vehicles were going down a slippery incline that had not been treated by salt spreaders. The ice made it impossible for vehicles to brake, even at slow speeds.

According to Montreal's CTV affiliate, there were no reported injuries.

Our SnowCast App for iPhone and iPad will help you see how many inches of snow could fall at your location over the next 48 hours. SnowCast will notify you up to 2 days before the snow is expected at locations important to you, your family or your work.