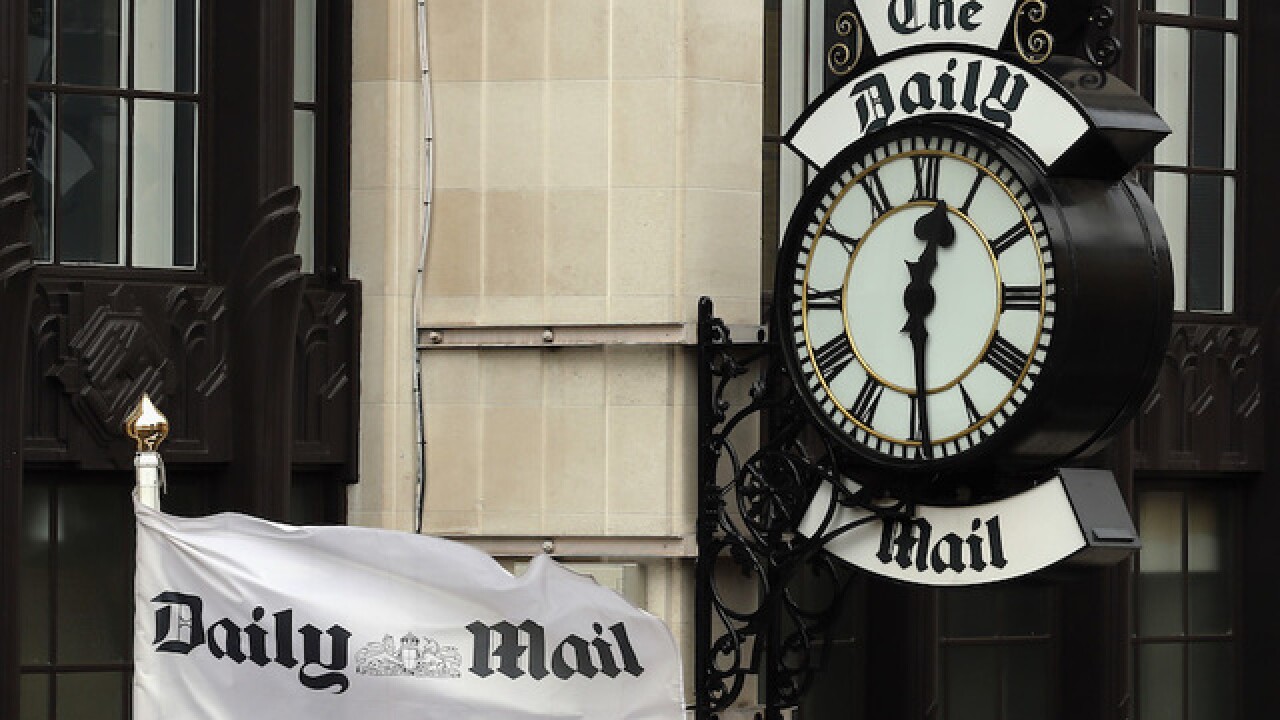 NEW YORK (CNNMoney) -- Wikipedia has barred citations of The Daily Mail after editors of the online encyclopedia concluded Wednesday that the British tabloid is "generally unreliable."

The decision came after a spirited, years-long debate over the Daily Mail's credibility among Wikipedia's active community of volunteer editors. The editors explained Wednesday that the decision stemmed from "the Daily Mail's reputation for poor fact checking, sensationalism, and flat-out fabrication."

As a result, the Daily Mail and its online offshoot have been "generally prohibited" as a reference on Wikipedia, "especially when other more reliable sources exist."

The editors recommended installing an "edit filter" that will "warn editors attempting to use the Daily Mail as a reference." They also encouraged the volunteers to review the thousands of Daily Mail citations already on Wikipedia, and to "remove/replace them as appropriate."

A spokesman for the Daily Mail did not respond to a request for comment.

Such a move is unusual for Wikipedia, which has faced its own share of scrutiny for inaccuracies. But the site has a dedicated group of editors who actively police entries for any errors or dubious citations.

Some of those editors opposed the prohibition on the Daily Mail, saying the tabloid is reliable on certain topics. They also argued that singling out an individual source ignores other questionable sources that are still allowed on Wikipedia.

The Daily Mail is one of the UK's most commercially successful tabloids, and its website -- churning out upwards of 1,600 stories a day -- is the most-read online newspaper in the world. But the publication has at times been as wildly inaccurate as it is widely read.

In 2014, George Clooney ripped the Daily Mail for a story claiming that the mother of Clooney's then-fiancee, Amal Alamuddin, opposed their marriage for religious reasons. The story, littered with false claims, was eventually deleted.

Earlier this week, a lawyer for First Lady Melania Trump re-filed a lawsuit against the Daily Mail over an already-retracted story detailing claims that she used to be involved in a "high-end escort" service.

But the Daily Mail has also racked up its share of legitimate scoops over the years, including during last year's presidential race when it reported that Anthony Weiner allegedly had an online sexting relationship with a 15-year-old girl.