Why ICE doesn't use the word 'raid' after immigration arrests 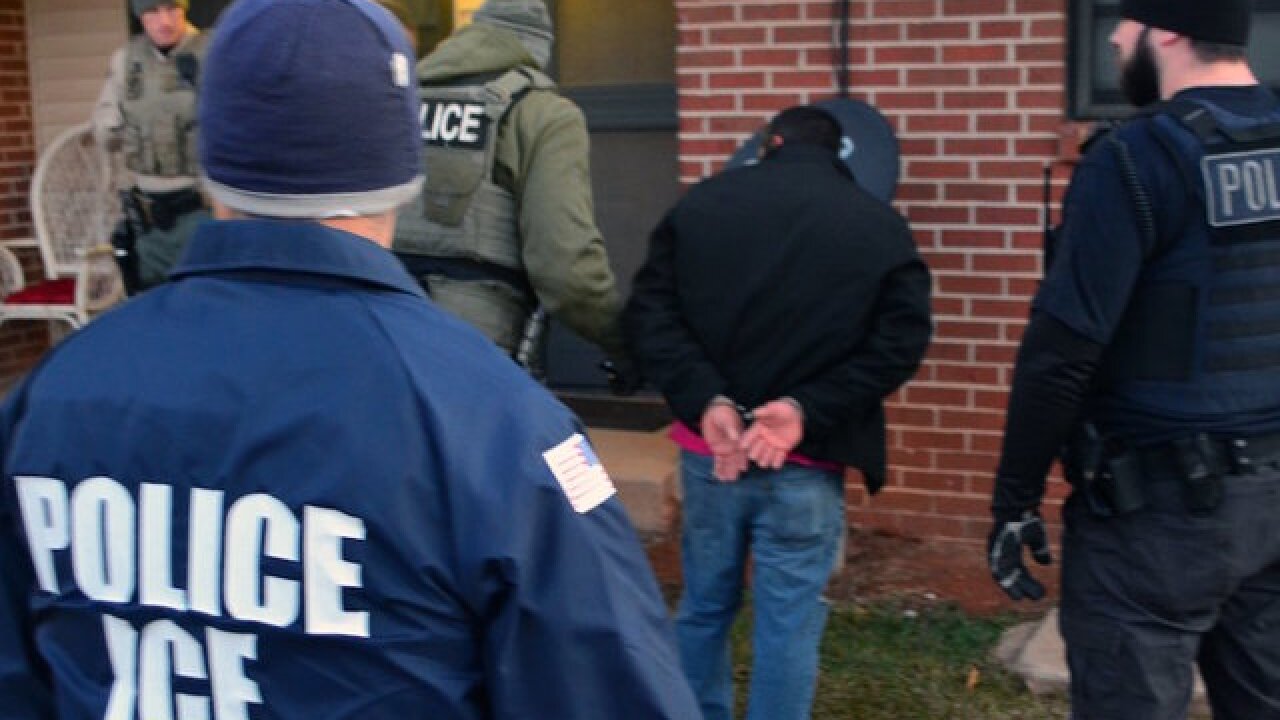 Did Immigrations and Customs Enforcement conduct "raids" last week to arrest hundreds of undocumented immigrants? Yes, but they don't want you to use that word.

ICE calls the stepped-up arrests of undocumented individuals last week "targeted enforcement," eschewing the use of the terms "raids" or "sweeps."

"ICE Fugitive Operations teams are out every day as part of routine, targeted enforcement operations," acting spokeswoman for the Department of Homeland Security Gillian Christensen said in a statement on Friday, after ICE agents arrested hundreds around the country. "ICE does not conduct sweeps or raids that target aliens indiscriminately. ICE only conducts targeted enforcement of criminal aliens and other individuals who are in violation of our nation's immigration laws."

But the word "raids" quickly spread despite ICE's efforts to keep it out of conversation, as immigrant communities, activists and Democratic politicians raised objections to anecdotal reports of individuals being rounded up in public without criminal histories. ICE has yet to release final numbers, but has shared preliminary statistics that show some of those arrested over the weekend did not have criminal histories, and not all the crimes cited were violent or serious crimes.

Los Angeles Mayor Eric Garcetti urged the administration to be "humane" in its enforcement.

"Angelenos should not have to fear raids that are disruptive to their peace of mind and bring unnecessary anxiety to our homes, schools, and workplaces," Garcetti said in a statement. "The administration should take a just, humane, and sensible approach that does not cause pain for people who only want to live their lives and raise their families in the communities they call home."

There is no legal definition of a "raid" as opposed to "enforcement." While ICE may be concerned that "raid" connotes indiscriminate or sweeping, harsh actions, Webster's New World College Dictionary defines it as broadly as "any act or instance of entering to remove or capture something" or "any sudden invasion of a place, as by police, for discovering and dealing with violations of the law."

To be sure, both the Obama administration and Bush administration before it engaged in periodic enforcement operations, though the priorities for targets have changed over time.

"Raids have a connotation of not being planned, of being random in nature," Torres said. "In the history at the agency it signifies more of a round-up, and so over the years the agency's been criticized for conducting roundups or indiscriminate arrests, and so within the agency they're a little bit more sensitive."

But Torres said the agency needs to be aware of public perception, regardless of its messaging.

"It really depends on your point of view," Torres said. "Really, if the general public sees it as a raid, especially if it's conducted across multiple cities, then the way I look at it is you still have to deal with the perceived perception of it."