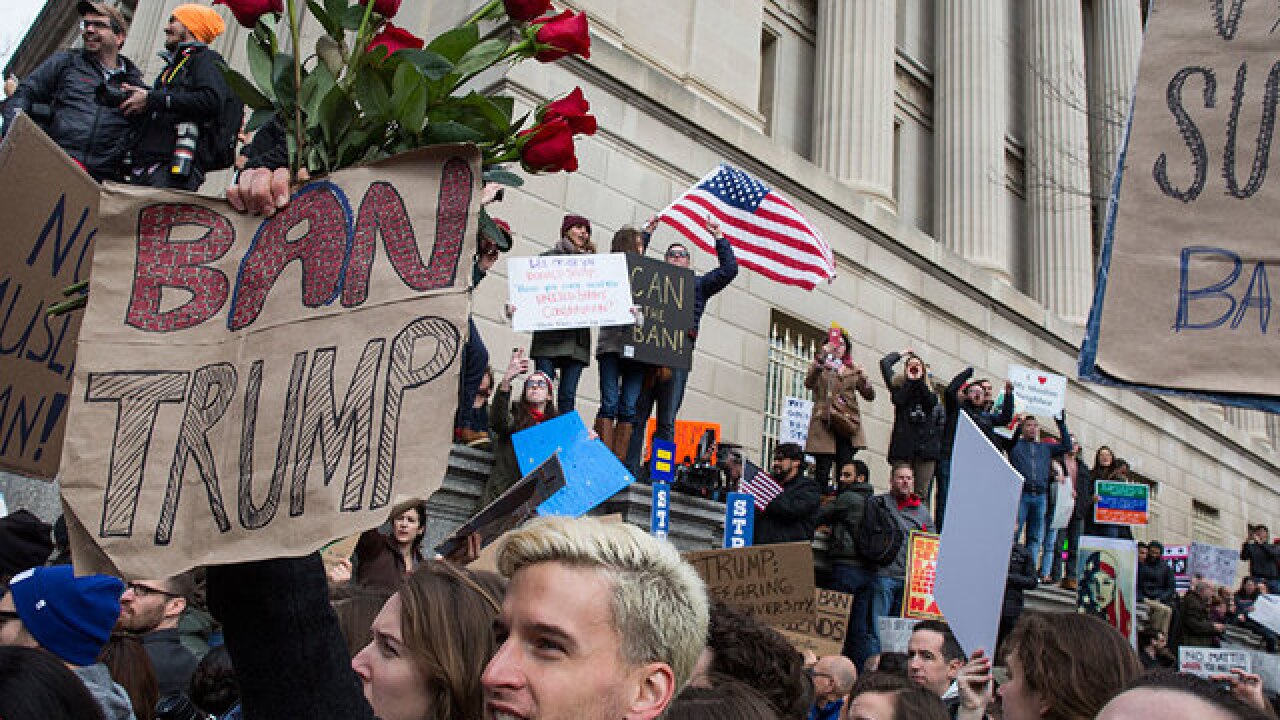 By: CNN
Posted at 6:01 PM, Jan 31, 2017
WASHINGTON (CNN) -- For those in the White House yearning for a more controlled structure than existed in Donald Trump's presidential campaign, the messy rollout of the executive order restricting travel into the US may have been a gift.
White House sources tell CNN the President himself was unhappy with the way it was executed -- particularly the backlash caused by poor communication to key agencies and members of Congress.
According to sources familiar with internal White House conversations, Chief of Staff Reince Priebus will now take more control of the systems dealing with basic functions, like executive orders.
The way one source described it: Priebus already technically had the authority, but clearly the staff needed a reminder "not to color outside their lines."
The same source said the executive order on travel restrictions, written largely by Trump policy adviser Stephen Miller, was moved too quickly without "reading in" people who could have helped execute it more cleanly.
The source said it wasn't nefarious, but rather "irrational exuberance" and a desire to be "too ambitious" too fast.
Steve Bannon and Jared Kushner, two other senior advisers, still have considerable power and influence with Trump. Administration officials say no role has been diminished or expanded but rather existing roles clarified. It is unclear how that will fit in with Priebus exerting more control over White House operations. Additionally, White House Counselor Kellyanne Conway is expected to take more control of the communications strategy.
White House press secretary Sean Spicer took on responsibilities of communications director after Jason Miller, who was named to the post, withdrew over the holidays.
Administration officials say they do not blame Spicer for the sloppy rollout. Instead, they say it is a reminder of the need for an additional staffer to focus on communications strategy, which most modern White Houses have had in addition to the White House press secretary.
For Trump in particular, who incessantly watches the news and monitors how he and his White House are being perceived, getting someone in that role is essential.
It is unclear if Conway will get the formal title of communications director in addition to that of counselor to the president, or simply take on the responsibility.
The-CNN-Wire
™ & © 2017 Cable News Network, Inc., a Time Warner Company. All rights reserved.
Copyright 2017 Scripps Media, Inc. All rights reserved. This material may not be published, broadcast, rewritten, or redistributed.