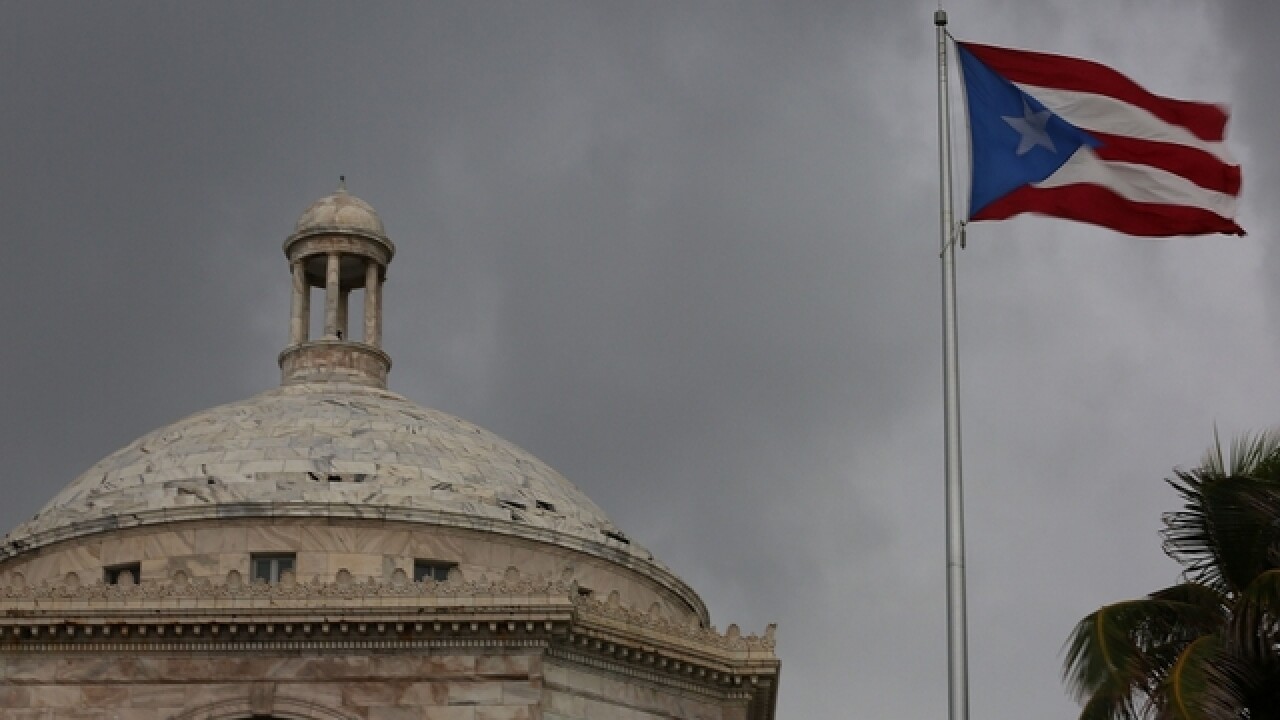 "It can only get worse," Lew told reporters as he toured Eleanor Roosevelt Elementary School in San Juan with Gov. Alejandro Garcia Padilla.

The Obama administration hopes to jump-start congressional efforts to aid the U.S. territory, and Lew's one-day trip focused attention on how the 3.5 million U.S. citizens living on the island are struggling with the worsening financial situation.

At a brief news conference after a private tour of San Juan's Centro Medico hospital, Lew said Puerto Rico's problems were a human crisis as well as financial. He said infants who needed dialysis were unable to get it while children could only get cancer medicine if it were paid for in advance with cash.

Lew said he didn't think there was a member of Congress who would find those conditions acceptable.

"What I have gotten to see first-hand is there is a growing crisis in Puerto Rico," Lew said.

House Republicans are expected to announce new legislation this week to create a control board to help manage the island's financial obligations and oversee some debt restructuring. It would be the third draft of the House bill, which has come under fire from some conservatives who worry it would set a precedent for financially ailing states.

In a kindergarten classroom, a teacher showed Lew and Garcia evidence of termites in the walls. The school has problems with electricity, and teachers said they were unable to use laptops, televisions and fans at the same time because they cause the power to go out.

In a fourth-grade classroom, a fan was broken on a hot day. A science teacher told Lew that she doesn't have a lab for the children to do experiments.

Garcia said that Puerto Rico is not asking for a bailout and has not been offered one.

"If Congress does not act then we will need a bailout, and it will be very expensive to U.S. taxpayers," he said.

The territory missed a nearly $370 million bond payment May 1. The default was the largest in a series of missed payments since last year, and Garcia has warned there will be more.

Puerto Rico has payments totaling nearly $2 billion due on July 1, including more than $700 million in general obligation bonds that are supposed to be guaranteed under the island's constitution. In an ominous warning to Congress and creditors that include U.S. hedge funds, Garcia said the outlook for the next payment is bleak.

"We don't anticipate having the money," he said last week.

Garcia said he had no choice but to suspend the debt payment to avoid cutting essential public services, such as schools and medical care.

Natural Resources Committee Chairman Rob Bishop, R-Utah, has led negotiations in the House. In addition to disagreement among conservatives, Bishop has also faced objections from Democrats and Puerto Rican officials who say they are concerned the oversight board would be too powerful and the restructuring plan would be too difficult.

Bishop has worked closely on the latest version of the bill with Lew and Treasury officials over the terms of the debt restructuring. He's said the negotiations with administration officials are one of the things holding the bill up.

Lew has said the bill should provide "an orderly restructuring regime and independent oversight while respecting the Commonwealth's self-governance." He said he has not seen the final version of the bill but administration officials had a series of meetings with House Republicans last week.

The effort has been particularly complicated by disagreement among creditors. While some support the bill, others are fighting it in hopes of preserving larger payouts. Some creditors' groups lobbying against the legislation have said that it amounts to a financial bailout, even though the bill has no direct financial aid.

Speaker Paul Ryan, R-Wis., has strongly backed the bill. He has said he is opposed to a bailout but that one may become necessary if Congress doesn't pass the legislation soon and Puerto Rico's economy collapses.

The Senate has yet to weigh in on Puerto Rico while waiting for the House to act.

After touring the school and the hospital, Lew walked through a pedestrian business district that was once a central shopping hub but is now mostly vacant and boarded-up shops, covered in graffiti.

Lew said what he has seen on the trip "makes crystal clear that the time for Congress to act is now."