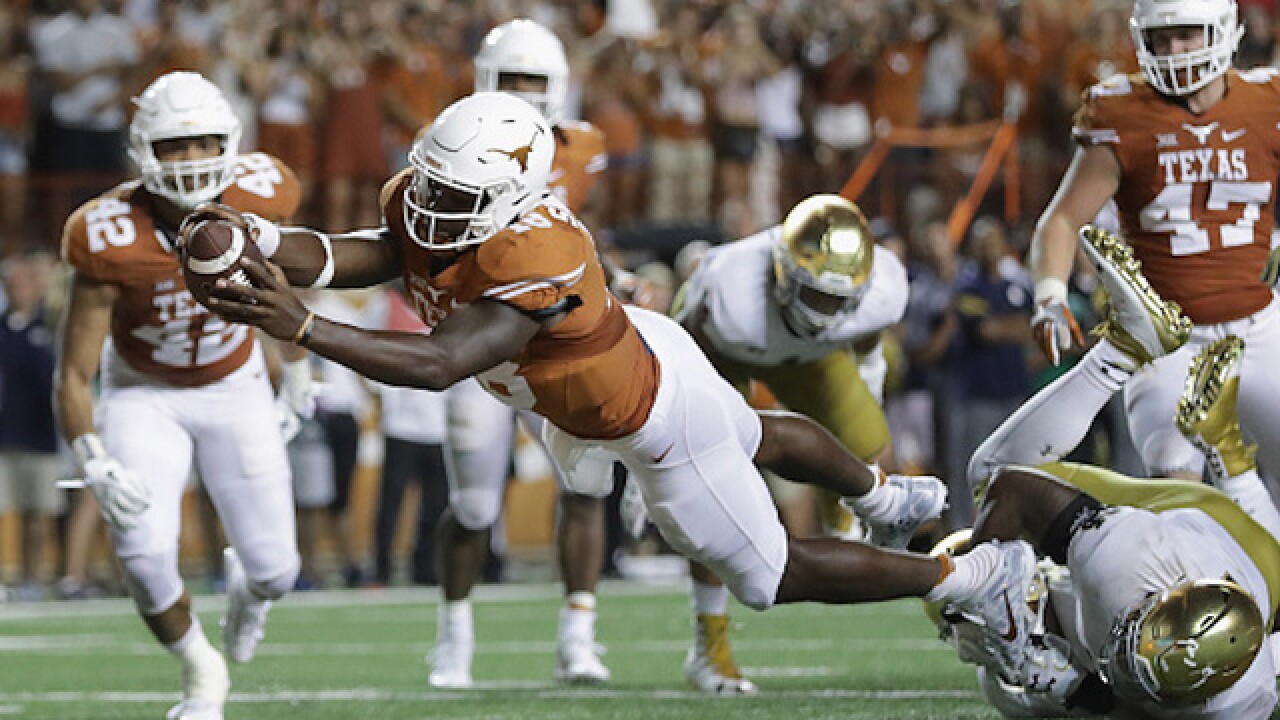 Whataburger may be known for its burgers and fries, but it was its Twitter account that stole the show over the Labor Day weekend.

After the University of Texas defeated Notre Dame in a thrilling double-overtime game on Sunday night, the Texas-based burger chain added insult to injury by burning the Fighting Irish in a tweet following the game.

“Notre Dame can still get a win by stopping by Whataburger on the way out of Texas,” the tweet said.

Whataburger is far from the first restaurant to jump to offer a hot sports take. In fact, they join an already lengthy list of eateries that have fired shots at teams and athletes on social media this year.

Dairy Queen, Elyria, Ohio
During the NBA Finals, a northeastern Ohio Dairy Queen supported their hometown Cavaliers by sending some zingers at the Golden State Warriors. Prior to Game 6, the restaurant changed its message board to read “Steph Curry is softer than our ice cream.”

The message worked. Later that night, Curry was ejected from the game for throwing his mouthpiece in frustration in a 115-101 loss.

Upper West, Santa Monica, California
It was a rough season for the Los Angeles Lakers, who finished a miserable 17-65 this season. But that didn’t stop Upper West, a bar and restaurant in southern California, from piling on.

In an ad in the Los Angeles Times, the bar ran an ad “Congratulating the Lakers on an amazing playoff run,” playing on their “Wholly focused on food” slogan.

Taco Time, a Tex-Mex restaurant based in the Pacific Northwest, had some fun with embattled former Heisman winner Johnny Manziel after he was cut by the Cleveland Browns earlier this year.

Multiple locations ran the message “Johnny Manziel we are hiring” on their signs after Manziel was cut amid a number of drug, alcohol and domestic violence incidents. Manziel remains a free agent.

Levittown's Big Q BBQ, Philadelphia, Pennsylvania
Expectations were high after the Philadelphia Eagles traded for quarterback Sam Bradford prior to the 2015 season. But fans quickly turned on the former No. 1 overall pick after a disappointing season.

Levittown’s Big Q BBQ went to a new menu item to take a jab at Bradford. The “Sam Bradford” sandwich included pulled pork — because he was about to get “pulled” from his starting job — jalapenos — because he was on the hot sear — and french fries — because he often went down like a sack of potatoes.

KD’s Southern Cuisine, Oklahoma City, Oklahoma
While restaurants are usually the ones taking the jabs when it comes to sports taunting, KD’s got their share of hate thanks to its star owner.

After Kevin Durant decided he would leave the Oklahoma City Thunder and join the Golden State Warriors, angry Thunder fans took to Yelp to voice their displeasure. Not-so-subtle jabs disguised as one- and two-star reviews filled the social media review page.

Durant eventually decided it probably wasn’t a great idea to keep his name on the restaurant after breaking the Thunder’s hearts, and quickly shut down.