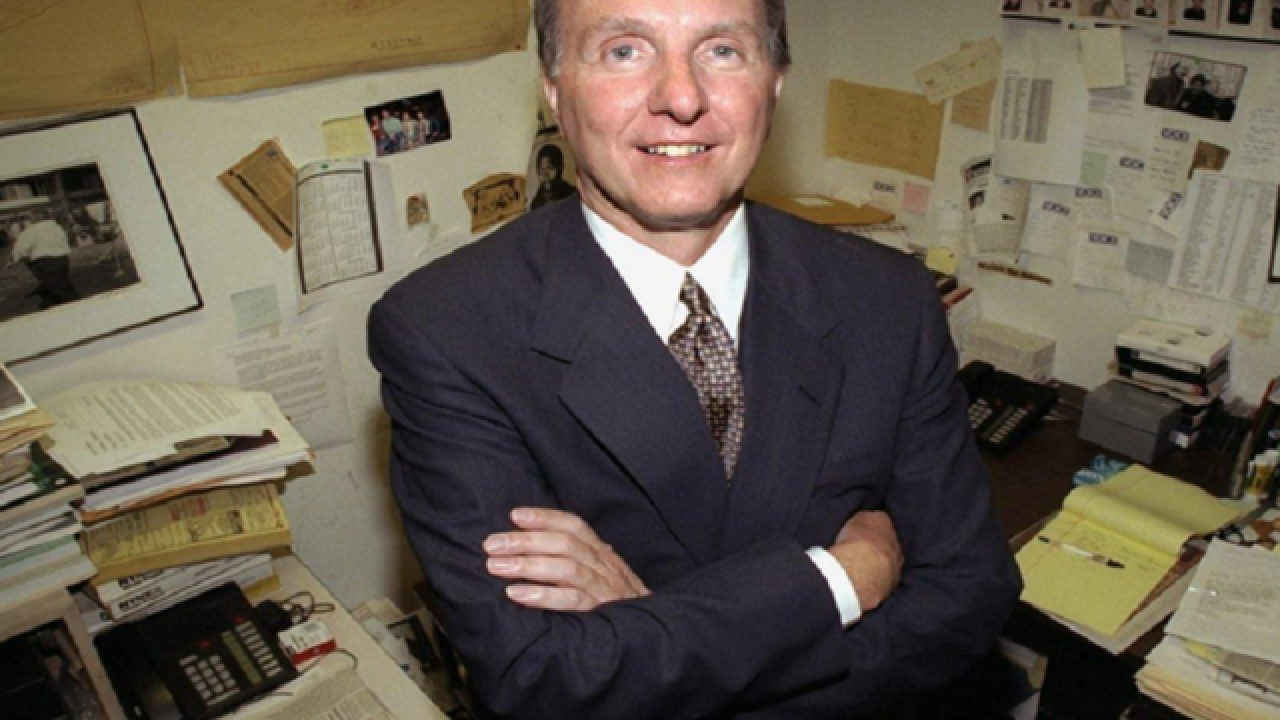 NEW YORK (CNNMoney) -- Wayne Barrett, a New York City muckraker who burnished his credentials with unsparing reporting on Donald Trump, died Thursday. He was 71.
Throughout a career that spanned four decades, Barrett established himself as a tireless investigative journalist with a pugnacious spirit that led to frequent clashes with both his subjects and editors. His dedication to a story was matched by his passion for the craft.
"All of my life, I have believed and said, we're in the truth-telling business," Barrett told CNNMoney in an interview on his back porch in Brooklyn last spring. "Our job is to tell the truth."

Barrett, who had been battling pneumonia for the last two weeks, was given Catholicism's Last Rites Wednesday afternoon. He died Thursday evening at the NYU Langone Center.
New York Gov. Andrew Cuomo said, "For decades, Wayne was the conscience of New York." Barrett's wife, Fran, serves as an interagency coordinator for not-for-profit services under Cuomo.
"At a time in the world in which substantive and respected journalism is vital," Cuomo added, "today is a painful loss."
New York City Mayor Bill de Blasio tweeted, "Wayne Barrett held the powerful accountable, inspired generations of journalists and made this a better city. RIP."
And the city's former mayor, Michael Bloomberg, called Barrett "a tenacious reporter in the tradition of the old muckrakers who could sniff out corruption and special interest politics a mile away."
Barrett authored several books and spent 37 years at the Village Voice before being laid off in 2010. Barrett's career at the alt-weekly was distinguished by tough coverage of giants of New York politics such as Ed Koch and Rudy Giuliani.
His 2000 book, "Rudy! An Investigative Biography of Rudy Giuliani," revealed details about the criminal past of Giuliani's father. In 2007, when Giuliani was in the midst of an ill-fated presidential campaign, Barrett reported that the former New York City mayor was the owner of four New York Yankees World Series rings, which he had purchased from the baseball club for far less than what they were valued on the market.
"For four decades Wayne Barrett was flat out the best reporter in New York City," said David Cay Johnston, an investigative reporter who won a Pulitzer Prize with the New York Times. "No other journalists connected the corrupt dots with Wayne's insight."
Barrett was perhaps best known recently for his unflinching coverage of Trump, which began long before the president-elect was a national figure. In 1979, at a time when he said few New Yorkers were familiar with Trump, Barrett authored a two-part series on the real estate mogul's development projects.
Barrett had found his muse, even though Trump stopped taking his calls in the years after the series ran. In 1991, Barrett published a biography called "Trump: The Deals and the Downfall." That same year, Barrett crashed Trump's birthday party and was escorted out in handcuffs.
But the book was, Barrett conceded years later, a "total flop."
"Nobody took him [Trump] seriously when the book came out, so nobody was interested in reading it," Barrett said. "It had a very short life."
The book found a second life about 25 years later when Trump launched his renegade presidential campaign. Barrett re-released it last year as an e-book, replete with a freshly written 9,000 word foreword on the 2016 election.
He expected -- and hoped -- Trump would lose on Election Day.
"I'm confident that we are still the same America we were in 2012," Barrett said last year, "but that doesn't mean I don't worry."
Barrett's Brooklyn townhouse became a precious repository for reporters covering Trump the first time. Dozens of journalists made a pilgrimage there to rifle through the reams of documents Barrett kept in his basement, desperately searching for leads in several decades' worth of archives.
"I never throw any paper out," Barrett said.
Some of the journalists who visited were exposed to a temper for which Barrett was famous in New York media.
"Battling with Wayne Barrett has been one of the best experiences of my career," Tony Ortega, the former editor of The Village Voice, said in 2011.
Barrett was also known as a mentor to young journalists. A legion of interns learned investigative journalism through working with him before going on to jobs elsewhere in the media.
By the end of his life, confined to his home due to his struggle with both lung cancer and interstitial lung disease, Barrett's ire was often provoked by the news media. He said last year that certain segments of the press could book Trump's trip to the White House.
"If the media continues to do the job as it has done, and I am really talking about broadcast media, then he has a chance to win," Barrett said. "If they report the campaign truthfully, I believe he has no chance to win."
The-CNN-Wire
™ & © 2017 Cable News Network, Inc., a Time Warner Company. All rights reserved.
Copyright 2017 Scripps Media, Inc. All rights reserved. This material may not be published, broadcast, rewritten, or redistributed.