WATCH reveals the most dangerous toys of 2016 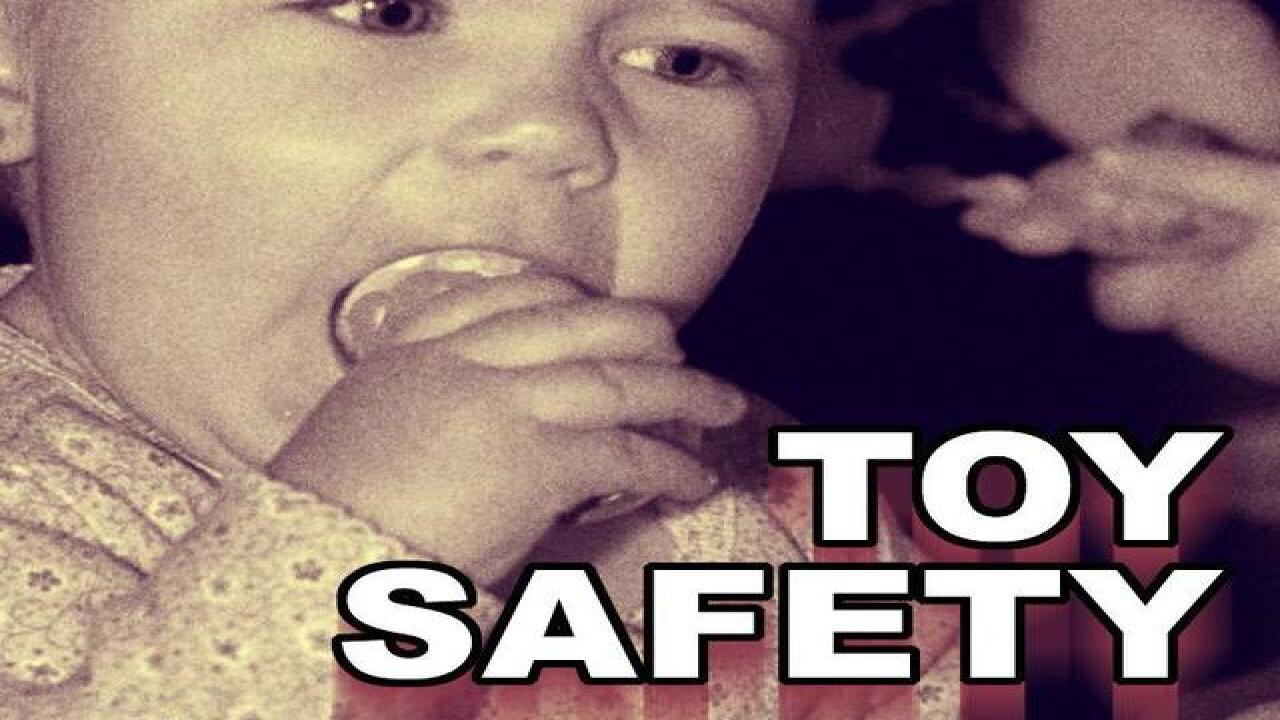 By: Bryce Riley
Posted at 1:52 PM, Nov 15, 2016
World Against Toys Causing Harm (WATCH) revealed its nominees for the 10 Worst Toys of 2016 on Tuesday.
Since January 2015, 19 toys with recognized safety defects were recalled in the United States. These recalls involved over 800,000 units, with over 500,000 units recalled in 2016 alone.
This year's WATCH list includes the following items:
Peppa Pig's Muddy Puddles Family: Many packages sold for oral-age children as young as "2+" include figurines that could pose a potential choking hazard
Kids Time Baby Children's Elephant Pillow: The Consumer Product Safety Commission (CPSC) warns that the pillow can block a baby's mouth and cause a baby to suffocate.
Slimeball Slinger: Projectiles launched from the slinger have potential to cause serious eye injuries.
Banzai Bump n' Bounce Body Bumpers: Despite warnings to use protection from the manufacturer, young children on the packaging are shown running into each other without protective equipment.
Nerf Rival Apollo XV-700 Blaster: The ammunition provided can shoot with enough force to potentially cause eye injuries. Images on the box depict children wearing masks to cover their face and eyes, but masks are not included with the toy.
The Good Dinosaur Galloping Butch: To activate the "galloping action and sounds," children must push a button on the toy's rigid, pointed tail, which may be held close to a child's torso or face. Thus, the potential for significant puncture wound injuries exists.
Peppy Pups: Despite the industry's standard requiring strings on playpen and crib toys to be less than 12 inches in length, the cord to Peppy Pups measures approximately 31 inches, creating the potential for strangulation.
Flying Heroes Superman Launcher: The superhero figure sold with a launcher could cause facial and eye injuries if children do not follow directions carefully.
Baby Magic Feed and Play Baby: The thin, rigid plastic spoon that comes with the toy is approximately 2 3/4 inches long, with the potential to obstruct a child's airway if mouthed.
Warcraft Doomhammer: 6-year-old children are encouraged to play with a toy based on weaponry from the Warcraft movie. The manufacturer offers no warnings regarding potential impact injuries with the use of the heavy, rigid plastic hammer.
Copyright 2015 Scripps Media, Inc. All rights reserved. This material may not be published, broadcast, rewritten, or redistributed.