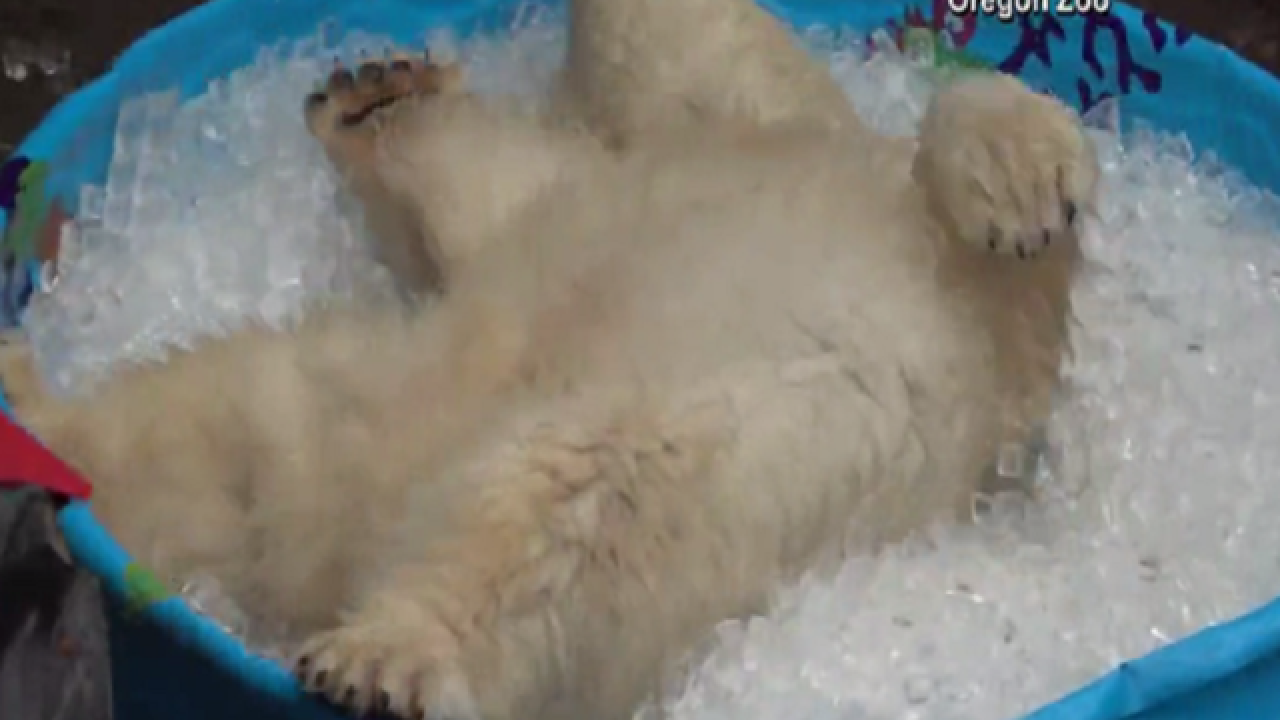 If this doesn’t brighten your day, we’re not sure what will.

Adorable video footage shows a polar bear cub named Nora playing in a pool of ice cubes. Nora was born at Ohio's Columbus Zoo 10 months ago, but after being rejected by her mother, she was transferred to the Oregon Zoo in Portland.
According to KNTV, Nora is currently under quarantine to ensure she has no dangerous health issues, but should make her public debut later this month.
Copyright 2016 Scripps Media, Inc. All rights reserved. This material may not be published, broadcast, rewritten, or redistributed.