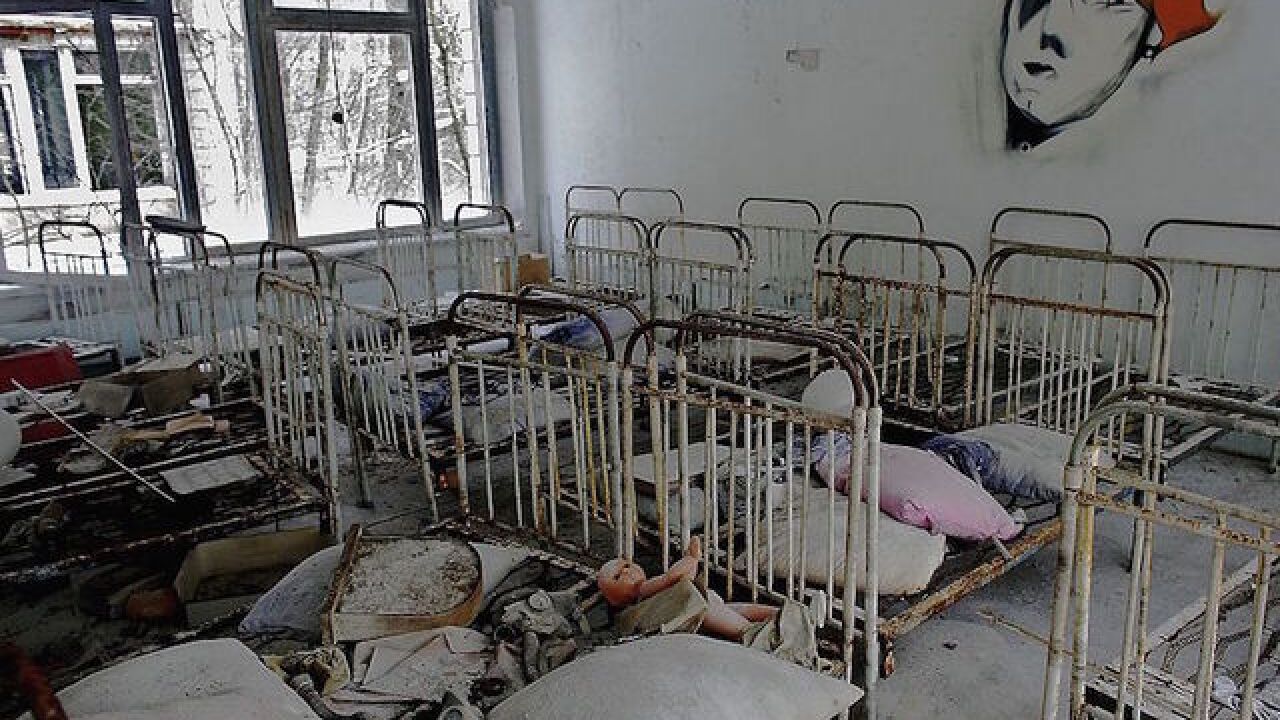 Daniel Berehulak
<p>CHERNOBYL - JANUARY 25: The remnants of beds are seen in an abandoned in a pre school in the deserted town of Pripyat on January 25, 2006 in Chernobyl, Ukraine. Prypyat and the surrounding area will not be safe for human habitation for several centuries. Scientists estimate that the most dangerous radioactive elements will take up to 900 years to decay sufficiently to render the area safe. (Photo by Daniel Berehulak/Getty Images)</p>

Marking this week's 30th anniversary of the incident at the Chernobyl Nuclear Power Plant, filmmaker and photographer Philip Grossman unveiled a haunting drone video of the aftermath on the United Nation's You Tube channel.

The project, which Grossman said took five years to complete, shows the ghost town of Pripyat, the once thriving home to the power plant and 50,000 residents. The video starts off by showing the iconic Ferris wheel that is located inside the town's amusement park -- the amusement park that only opened for one day as the town vacated days before its scheduled grand opening.

Other images include apartment buildings, churches and shops. As indicated by the video, nature is slowing starting to reclaim the once bustling city.

Pripyat has largely been vacant since 1986, when an explosion at the power plant blasted nuclear material into the sky. While much of the fallout dispersed through Europe and Russia, Pripyat was completely evacuated.

Within two days, the town was completely empty, and has remained vacant ever since, despite much of the nuclear material decaying since then.