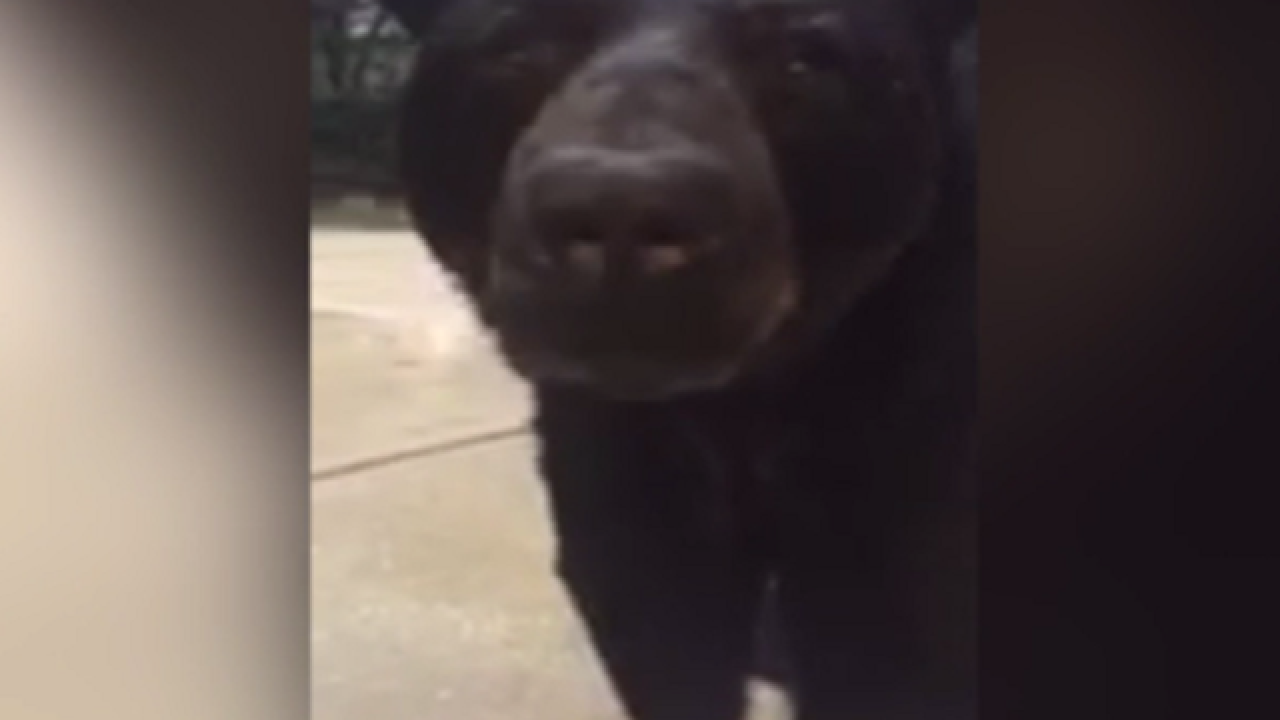 Now that’s way too close for comfort.
Terrifying video footage out of Florida shows a woman’s dangerously close encounter with a black bear while sitting outside of her home.
It happened in the Markham Woods area of Seminole County, according to The Orlando Sentinel , which notes that the woman didn’t see the bear approach until it was right in front of her. That’s when she began recording the encounter as she tried to remain as still as the possible (watch below).
She also texted her son who was inside for help.
The nearly two-minute-long video shows the bear, estimated to be about 300 pounds, coming within inches of the woman, sniffing her knee and walking away. It was only when the woman’s son crept up behind her that the bear lost interest and walked off, the Sentinel reports.
No one was hurt in the incident.
Officials with Florida Fish and Wildlife, however, said the bear’s actions are a cause for concern.
"It’s just alarming that this huge wild animal came up and displayed unwildlike characteristics and came right up to a person… it’s very concerning,” FWC spokesman Greg Workman said, according to the Sentinel.
It likely means the bear is desensitized to humans after learning that food is readily available in the area, the agency said.
While the woman walked away unscathed, Workman suggested that anyone who finds themselves in a similar situation should get up – slowly – and find a safe spot away from the animal.
Copyright 2016 Scripps Media, Inc. All rights reserved. This material may not be published, broadcast, rewritten, or redistributed.