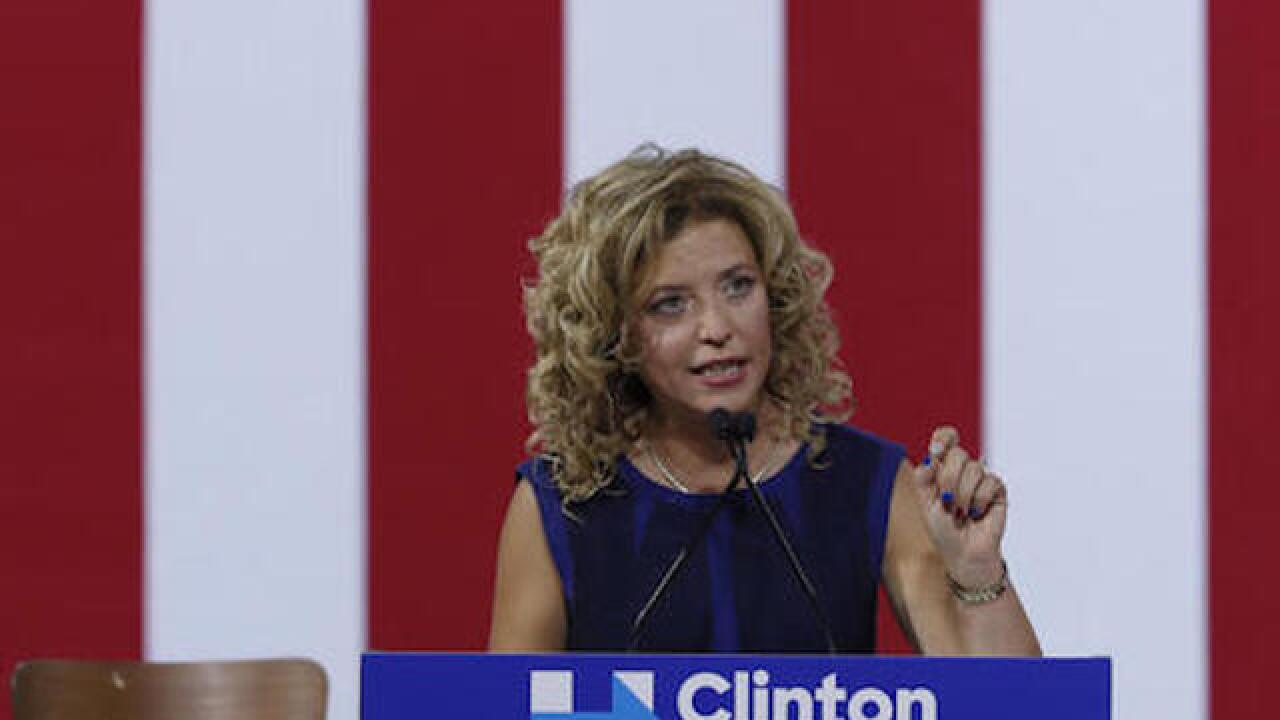 Copyright Associated Press
Mary Altaffer
<p>In this Saturday, July 23, 2016 photo, DNC Chairwoman, Debbie Wasserman Schultz speaks during a campaign event for Democratic presidential candidate Hillary Clinton during a rally at Florida International University Panther Arena in Miami. On Sunday, Wasserman Schultz announced she would step down as DNC chairwoman at the end of the party's convention, after some of the 19,000 emails, presumably stolen from the DNC by hackers, were posted to the website Wikileaks. (AP Photo/Mary Altaffer)</p>

By: CNN
Posted at 9:38 PM, Feb 15, 2017
WASHINGTON (CNN) -- The former chairwoman of the Democratic National Committee said Wednesday that reported contacts between President Donald Trump's campaign aides and Russia amounted to collusion.
Democratic Rep. Debbie Wasserman Schultz told CNN's Erin Burnett on "OutFront" the media reports necessitated an "independent, bipartisan investigation."
"With every passing day, it gets more and more disturbing, and more and more evidence that there was collusion," Wasserman Schultz said. "This requires, it begs, it cries out for and independent, bipartisan investigation. And Donald Trump should be the first person asking for one, but since I think he likely was part of it, it's not surprising that hasn't happened."
Trump declined to answer questions about the matter at the White House on Wednesday. CNN has reached out to the White House seeking response to Wasserman Schultz Wednesday evening.
Earlier on "OutFront," Sen. Jim Risch, R-Idaho, told Burnett "it is entirely possible that there were people on his campaign that were talking with people that may have been inappropriate to talk with and he didn't know it. On the other hand, maybe he did. But there is no evidence one way or the other."
Wasserman Schultz resigned from her position as chairwoman of the DNC over the summer after leaked emails indicated Democratic bias in favor of former Secretary of State Hillary Clinton over Sen. Bernie Sanders in the party's primary. The US intelligence community has accused Russia of being behind the hacks, a charge Russia has denied.
Wasserman Schultz said the reports of current and former officials having records of regular contact between Russian officials and members of Trump's orbit meant both parties needed come together for a major public investigation "similar to the 9/11 commission."
But even based off of those media reports alone, Wasserman Schultz said, "The constant contact reeks of collusion."
Risch, a member of the Senate intelligence committee, insisted there would be an investigation into the matter.
"Obviously, there's going to be an investigation on this, and we've reviewed all the news reports," Risch said.
He also indicated he had not seen transcripts of the calls, the existence of which sources have described to media outlets.
"If indeed they have transcripts of these, we're going to want to look at the transcripts and see what they contain," Risch said. "We will get to the bottom of this."
The-CNN-Wire
™ & © 2017 Cable News Network, Inc., a Time Warner Company. All rights reserved.
Copyright 2017 Scripps Media, Inc. All rights reserved. This material may not be published, broadcast, rewritten, or redistributed.