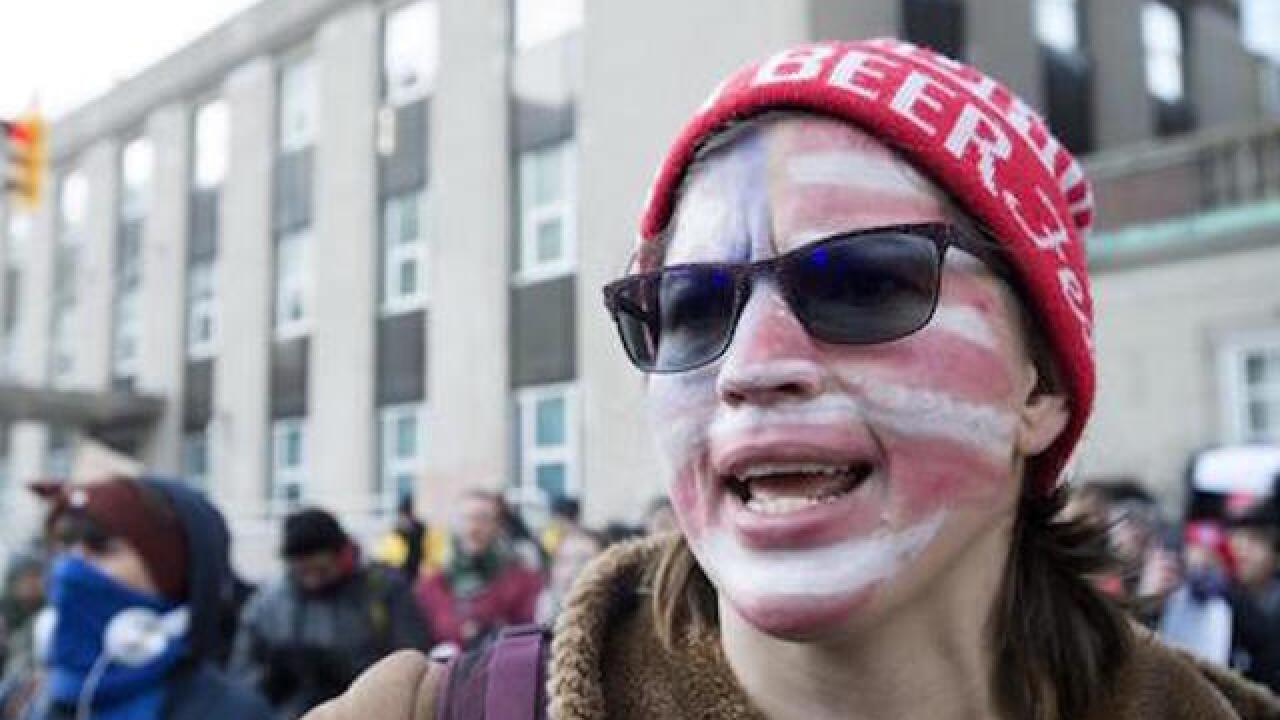 Attorney General Bob Ferguson became the first state attorney general to announce a legal action against the Trump administration over one of its policies.

Trump signed an executive order Friday that suspends all immigration for citizens of the seven countries for 90 days.

Ferguson was one of 16 state attorneys general who released a statement Sunday calling Trump's immigration action "un-American and unlawful."

Trump's order sparked large protests around the country over the weekend, including one that drew 3,000 people to Seattle-Tacoma International Airport.

Trump has repeatedly said that the move is aimed at protecting the nation against extremists looking to attack Americans and American interests.

Ferguson said the lawsuit against Trump and high-ranking Trump administration officials would be filed later Monday in federal court in Seattle.

"We've had folks in our office working all weekend on a legal action," said Ferguson, who was joined at a news conference by Washington Gov. Jay Inslee.

"This is un-American, it is wrong, and it will not stand," Inslee said. "The clear intent of this executive order is to discriminate against one faith amongst all God's children."

Ferguson said he has been in contact with other attorneys general but that at this point Washington state was acting on its own regarding the legal action.

The Port of Seattle said over the weekend that people who were detained at Seattle-Tacoma International Airport as a result of Trump's order have been released.

U.S. Rep. Pramila Jayapal said Sunday that two individuals were released. One is a citizen of Sudan and the other a citizen of Yemen, both countries named in Trump's order.