The White House claims the inauguration had 'the largest audience ever.' Is that true? 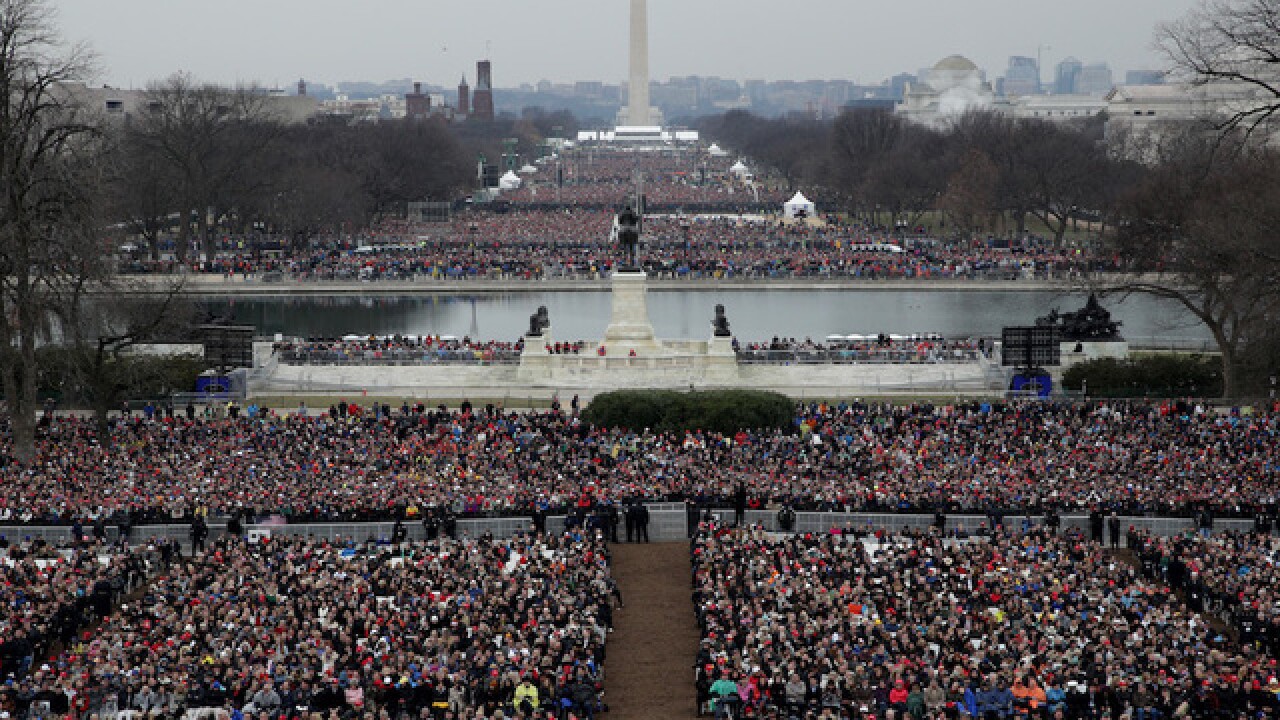 In a speech at CIA headquarters on Saturday, Donald Trump attacked the media for misrepresenting the crowd size at his inauguration ceremonies on Friday.

"They showed a field with practically no one standing in it. They said 'Donald Trump did not draw well.' ... we had, it looked like a million and a half people."

“Nobody had numbers, because the National Park Service does not put any out," Spicer said. He later went on to claim that the "largest audience to ever witness an inauguration" was present.

While it’s impossible to know for sure how many people attended the inauguration, side-by-side photo comparisons indicate that Spicer is mistaken.

PBS reports that both photos in the post above were taken at 11:49 a.m. — about 10 minutes before the President-elect was sworn in.

Perspective is important when it comes to depicting crowd size. Photos taken from the Capitol building — Trump's perspective during his speech — show tightly packed crowds.

Politico reported that planners were expecting 800,000 people on Friday. A New York Times analysis estimated that three times as many people showed up for the 2008 Inauguration compared to Friday’s ceremonies.