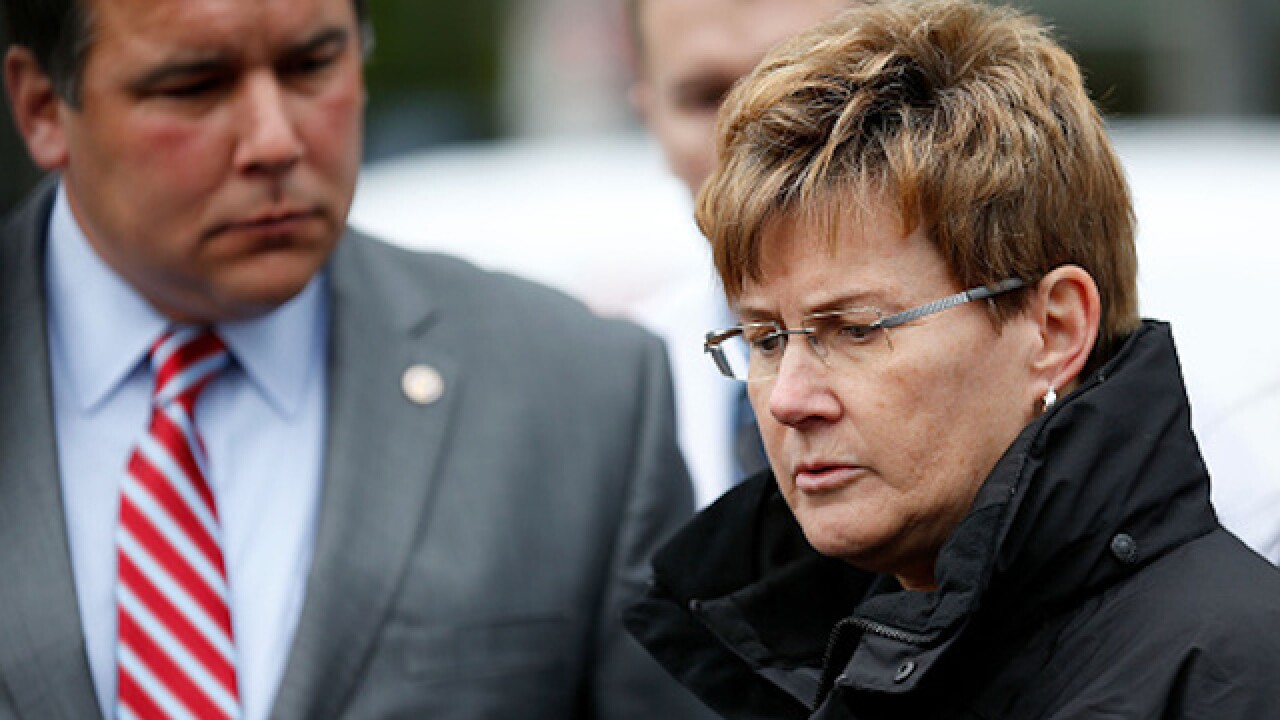 Copyright Getty Images
Kirk Irwin
<p>COLUMBUS, OH - NOVEMBER 28: Columbus Chief of Police Kim Jacobs address the media outside of the Wexner Medical Center following the attacks on the Ohio State University campus on November 28, 2016 in Columbus, Ohio. At least nine people were injured when a suspect reportedly drove into a crowd of pedestrians and slashed several people with a knife before being fatally shot by university police. (Photo by Kirk Irwin/Getty Images)</p>

As investigators try to figure out why someone would run their car into a group of people before going on a stabbing spree on Ohio State's campus on Monday, one possible motive for Monday's incident was terrorism.

During a press conference near where 11 people were injured from a lone suspect, Columbus Chief of Police Kim Jacobs drew comparisons to Monday's incident to a terrorism-related incident in Columbus in February.

"I think we have to consider that it is," Jacobs said. "We had an attack earlier this year that caused multiple injuries. We are always aware that is the potential. That is why our federal partners are here.

In that attack which took place roughly five miles from Ohio State's campus, 30-year-old Mohamed Barry attacked four people with a machete before being shot to death by Columbus Police. That incident was investigated as an act of lone-wolf terror.

Ohio State and Columbus officials described Monday's incident as a deliberate act, but said it was too early to say for sure Monday's attack was terror related.

The suspect is Abdul Razak Ali Artan, a Somali-born US resident who attended Ohio State.