Waitress claims a customer left a racist note on receipt 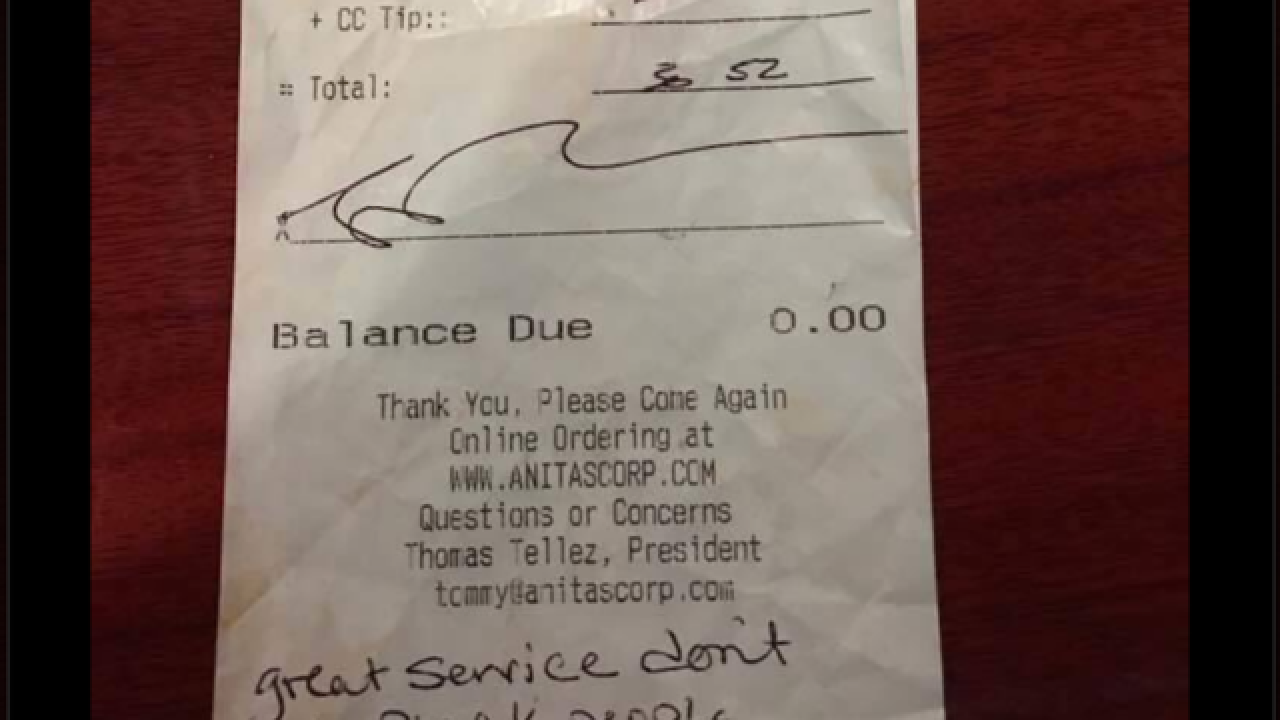 Copyright 2017 Scripps Media, Inc. All rights reserved. This material may not be published, broadcast, rewritten, or redistributed.
<p>via NAACP</p>

Kelly Carter, a waitress at a Virginia restaurant, told WJLA-TV on Saturday that she was shocked by the note a couple left on their receipt saying, "Great service don't tip black people."

Carter works at Anita's New Mexico Style Café and said she served the man and woman who appeared to be in their 20s. Carter told the station that there was nothing unusual about the service.

According to WJLA, it was not Carter who brought attention to the receipt, rather a pair of customers who noticed Carter's reaction and shared the incident on Facebook. The incident was shared by the local chapter of the NAACP, who said that the incident would not be tolereated.

The restaurant's owner, Tommy Tellez, Sr. told WJLA that Carter is a loyal employee who has a following.

"I'm appalled. This is so disheartening," Tellez told the station. “She has a following. Her philosophy for customer service is way beyond the norm. And we're really happy to have her.”

Despite the incident, Carter said she wouldn't be opposed to serving the couple again.

“Just me serving them will let them know they did not get the best of me. And I truly mean that,” she said.