Virginia Tech students indicted in the death of Nicole Lovell 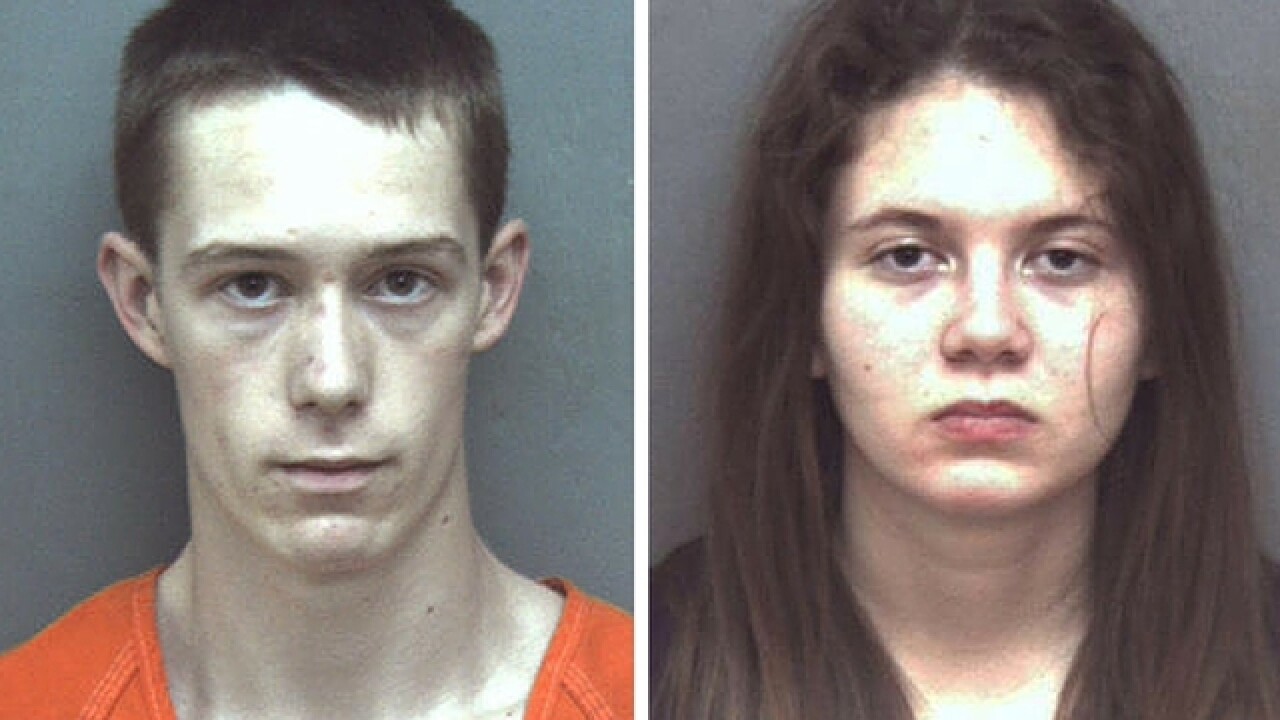 RICHMOND, Va. (AP) — Two former Virginia Tech students were indicted Tuesday in the slaying of a seventh-grade girl who was found dead last January days after authorities say she sneaked out of her window to rendezvous with the older teens, a county prosecutor said.

Nineteen-year-old David Eisenhauer was indicted by a grand jury on charges of first-degree murder, abduction and hiding the body of 13-year-old Nicole Lovell, Montgomery County Commonwealth's Attorney Mary Pettit said in a statement. Natalie Keepers, also 19, was charged with being an accessory to kidnapping and murder and with helping hide the body, the commonwealth's attorney said.

Trial dates in March 2017 were set Tuesday in both cases, Pettitt said. Eisenhauer and Keepers both face up to life in prison, she said.

Attorneys for Keepers and Eisenhauer did not immediately respond to messages left at their offices and emails seeking comment Tuesday.

Authorities have not provided clues about a motive.

But a friend of Eisenhauer told The Roanoke Times in May that Eisenhauer texted him about meeting a teenage girl at a party and later learning that she was underage. Bryce Dustin of Pulaski, whose phone was seized by police, said Eisenhauer feared the girl would "expose" him and asked if he knew where he could hide a body.

A neighbor told The Associated Press in February that Nicole told 8-year-old friends before she vanished from her mother's home that she planned to sneak out to meet her 18-year-old "boyfriend," who she said was named David.

Lovell's disappearance in January set off a massive, days-long search. The girl, who suffered from bullying at school and online over her weight and a tracheotomy scar, needed daily medication after surviving a liver transplant, lymphoma and a drug-resistant bacterial infection as a child.

At a preliminary hearing in May, Blacksburg police Detective Ryan Hite said Keepers told investigators she and Eisenhauer discussed several ways to kill Nicole: drugging her, making it look like suicide and knocking her unconscious and leaving her to die of exposure. They settled on what Keepers called "the official plan," Hite said: "Grab her from behind, cover her mouth and slit her throat."

Keepers told investigators she was not present for the actual killing. She said she participated because it made her feel like part of a secret club, calling Eisenhauer a "sociopath" and herself as a "sociopath in training," investigators said.

Blacksburg Detective D.L. Twigger testified in May that Eisenhauer said he arranged to pick Nicole up outside her apartment, but he thought she was much older. He said Nicole did not get in his car and started walking back toward her apartment, and he drove away.