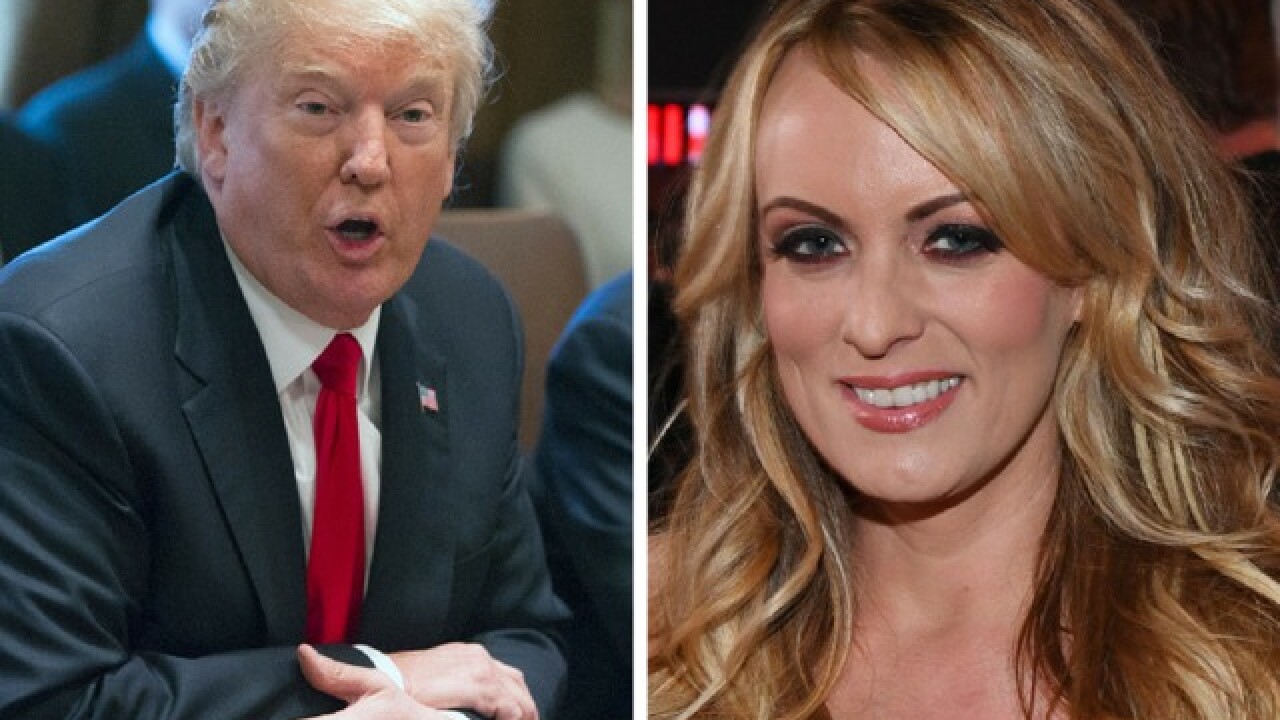 The ratings for Anderson Cooper's exclusive interview with Stormy Daniels won't be available until Monday afternoon.

But the outpouring of reactions suggest that her account of an alleged affair with Donald Trump in 2006 captivated viewers across the country.

Several hours after the interview was broadcast, Daniels' name was still the No. 1 trending topic in the U.S. on Twitter. The adult film star was also a trending topic on Facebook.

The sexual encounter allegedly happened a decade before Trump was elected president. But the apparent cover-up is much more recent.

"For us, it wasn't so much 'there was an affair.' That's not as much the headline. For us, it's everything that has happened since and how we've gotten to this point," Cooper said in an interview for CBSNews.com about his sit-down with Daniels.

"I think there's more to come on this story. I'm not saying necessarily on Stormy Daniels' aspect of the story, but on the methods that were used to keep her silent," Cooper told CBSNews.com. "If Stormy Daniels' story is true that a thug came up to her in a parking lot in Las Vegas in 2011 -- this is long before Donald Trump was a presidential candidate -- I mean, if somebody is using intimidation tactics, physical intimidation tactics, it's probably not the first time they've done it. So that's a potential story I would imagine people would look at: Has this kind of thing happened before? And I don't know the answer to that."

Sunday's "60 Minutes" broadcast marked the first time that Daniels described an alleged threat made in 2011, a few weeks after she agreed to tell a tabloid magazine about the alleged affair. (The magazine story wound up being nixed.)

On the East Coast, the "60 Minutes" broadcast was delayed by an NCAA basketball game. But once the broadcast began, there was a mixture of shock, revulsion, and snark on social media -- as well as sex jokes.

Some critics reacted by saying "there was no news" in the interview. But the interview itself was news -- representing Daniels' first time speaking on camera about the alleged affair, the hush money, and more. And there were new details about the alleged threat, plus her motivations for breaking her silence.

Avenatti tweeted afterward: "Any claim that 'There was nothing new other than the details of the threat' is not only false but is also similar to asking 'Other than the short interruption Mrs. Lincoln, what did you think of the play?'"

Daniels told Cooper that Avenatti advised her not to share any texts, photos, or other evidence of the affair for now.

It "would be foolish" to share the evidence now, Avenatti tweeted. He added: "Tonight is not the end -- it's the beginning."

The two-part "60 Minutes" story focused on the alleged cover-up and the possible campaign finance law violations.

"The Stormy Daniels story is certainly about sex but it's also -- and more importantly -- about financial and emotional intimidation," Margaret Sullivan wrote in a column for Monday's Washington Post.

"The ultimate verdict" on Cooper's interview "will be whether viewers accept his claim that this is serious news," Politico's Michael Calderone wrote.

On cable news and on Twitter, there was lots of chatter about whether Trump would join the conversation by tweeting or saying something about the scandal.

CNN's Kaitlan Collins reported on Sunday that Trump is irked by what he sees as wall-to-wall coverage of Daniels' claims.

New York Times correspondent Maggie Haberman, who doubles as a CNN analyst, commented on Twitter that a standout part of the interview was Daniels' assertion that she was not attracted to Trump. Daniels referred to the relationship as a "business deal."

Haberman said Trump "was incredibly proud of the 'Best Sex I Ever Had' NY Post front page" from decades ago. So Daniels' dismissive attitude "won't sit well."