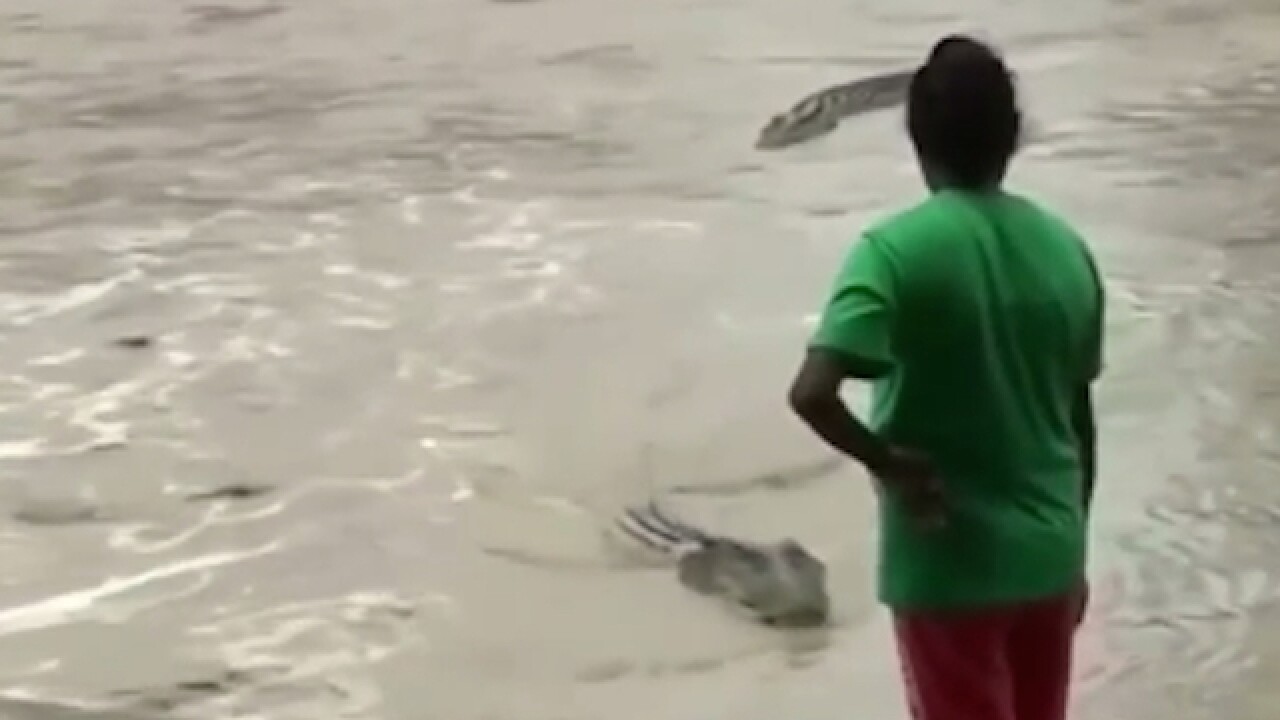 A woman in Australia used a formidable weapon to ward off a dangerous crocodile: Her flip-flop shoe.

The incident in Kakadu National Park was caught on video and has prompted calls for greater safety measures from park rangers and other officials. It happened last month at Cahill's Crossing, a popular feeding ground for crocs.

According to The Guardian, a recent survey of the Cahill's Crossing upstream counted 130 crocodiles in a 6-kilometer stretch.