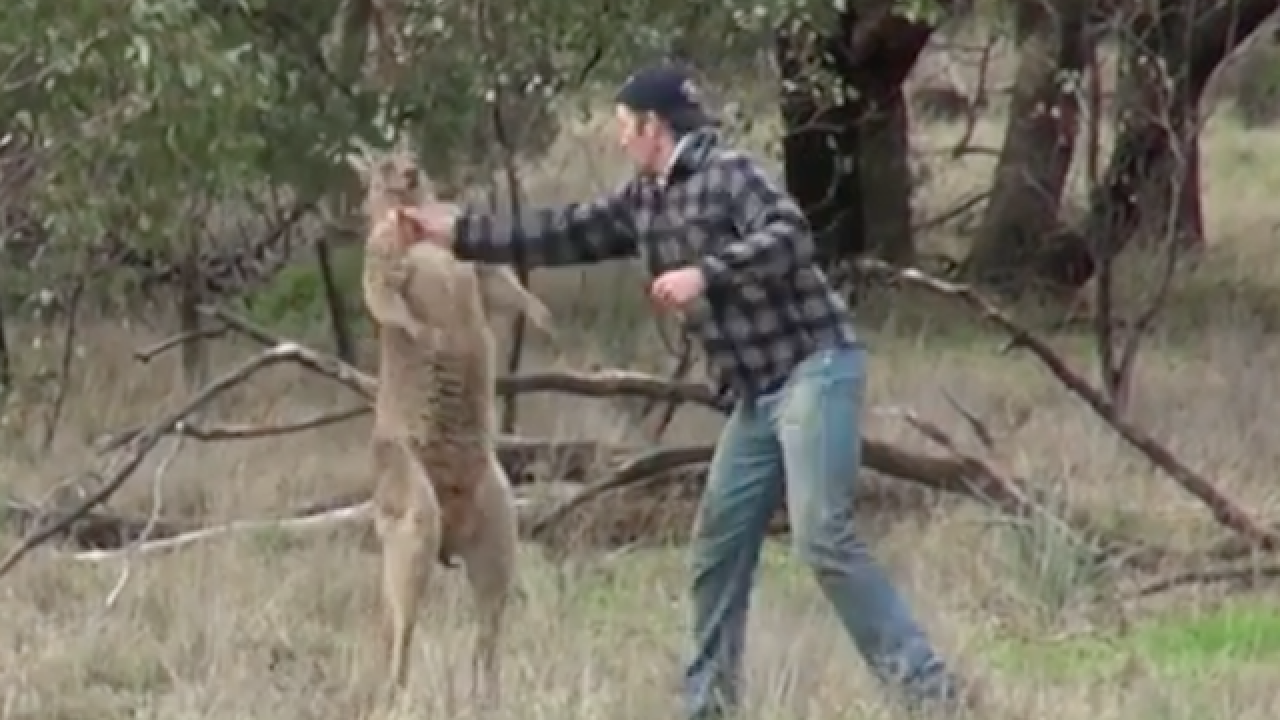 A kangaroo messed with the wrong dog lover.

A video being circulated on YouTube and social media shows an Australian man trying to chase away a kangaroo after the animal wraps its arm around a dog.

The man gets into a boxing stance and is shown decking the kangaroo in the face before the animal hops away. Watch the video for yourself below.

The incident reportedly happened on June 15 in Australia when a group of hunters went with dogs to catch a wild boar, according to ViralHog.com. One of the dogs is caught by the kangaroo leading to the incident.