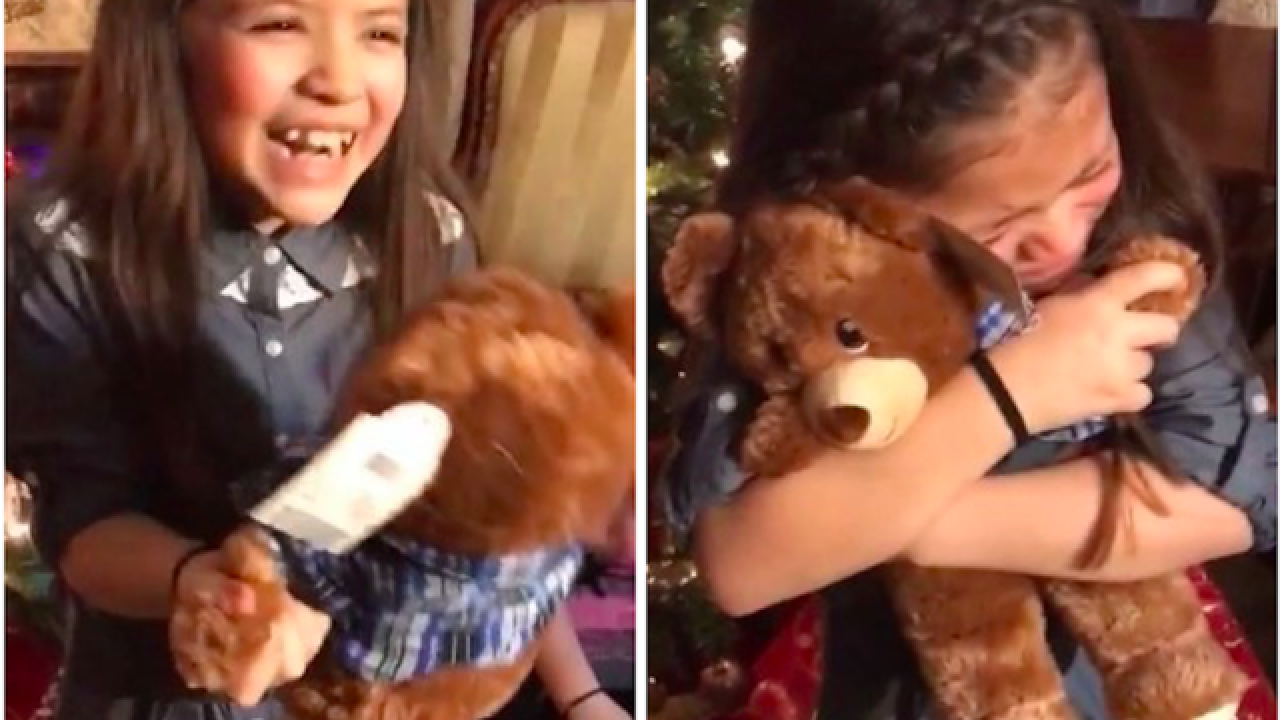 Two little girls experienced some unexpected holiday joy when their aunt brought them a special gift.

Their sister, 16-year-old Jennifer Ramos of Oklahoma, posted a video on Twitter showing their reactions to a pair of custom-made teddy bears given to them for Christmas.

so my grandpa passed away tragically about a year ago and my aunt got my sisters a teddy bear that has a recording of my grandpas voice??? pic.twitter.com/zdjUaghISr

Ramos told Buzzfeed News that her grandfather, Florencio Jimenez, died about a year ago from a stroke during a robbery and the family missed him very much, especially during the holidays.

Her aunt, Andrea, decided to create a gift that would help Ramos' younger sisters, Mariana and Sarah, feel a little closer to their grandfather. Each of the bears had audio recordings of their grandfather's voice, pieced together from old video clips, sharing an "inside joke" for each granddaughter.

Ramos told Buzzfeed their grandfather's laugh, heard at the end of each recording, was probably what "got" the girls the most.