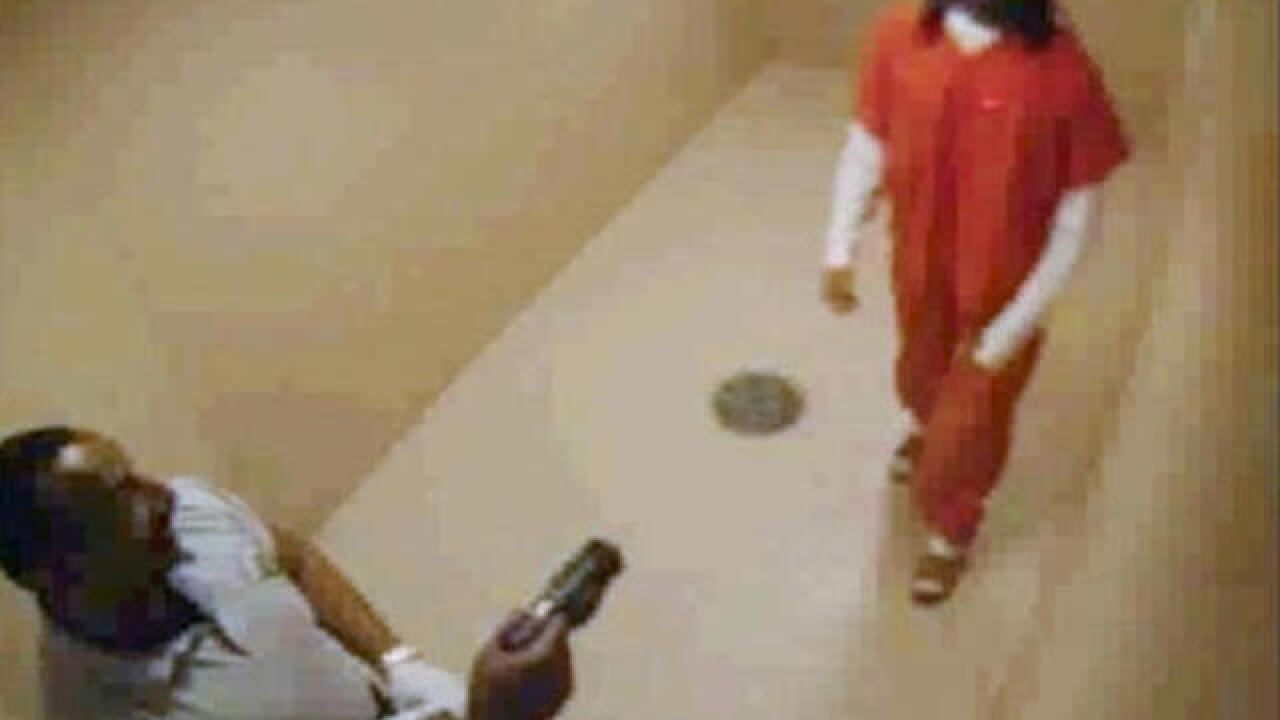 LILLINGTON, N.C. (AP) — A jail inmate who was backing away from an officer was shocked with a stun gun three times and left alone for about 20 minutes in a padded cell where he died, according to a video released to a North Carolina newspaper.

The video obtained by The News & Observer of Raleigh appears to contradict some of the statements the sheriff and deputies made after the death.

Jail officers said 24-year-old Brandon Bethea had threatened them and that's why he was hit with a stun gun in 2011. He had been arrested on charges of rape, illegal weapon possession and armed robbery.

The video shows an officer unlocking Bethea's handcuffs in the cell, with officer John Clark holding a stun gun behind his back. Clark fired the weapon and two prongs struck Bethea in the chest. Bethea fell down and rolled onto his stomach.

The officers left Bethea on the floor and removed his ankle shackles. The video shows him moving his arms briefly. Two minutes later, he stopped moving.

About 20 minutes passes by before another officer summoned a nurse and they attempted to revive Bethea. Paramedics tried, too, but Bethea couldn't be resuscitated.

Sheriff Larry Rollins told reporters at the time that Bethea's death was unavoidable. The sheriff said Clark had to use the weapon during an altercation with Bethea.

A detective filed a report backing up the sheriff's story and saying Bethea was "conscious and alert" when the officers left him. The detective's report also said Clark had been injured in the confrontation and was taken to a hospital.

The video shows Clark in a chair in the reception area as efforts to revive Bethea failed. Clark was taken to the hospital following his reaction to the resuscitation efforts.

A state medical examiner concluded Bethea died from the shocks from the stun gun. She ruled the death a homicide.

The State Bureau of Investigation reviewed the case and sent a report to District Attorney Vernon Stewart. He has refused to release the report, but did tell the newspaper he didn't think he could get an indictment from a grand jury. Stewart said Bethea's behavior that day might have been prevented jurors from seeing the death as a crime.

No charges were ever filed.

The sheriff resigned in March, citing personal reasons for leaving the post two years before his term expired. He would not talk to the newspaper about the case.

The county paid $350,000 to settle a lawsuit by the family just months after it was filed. The settlement forbids the family from saying anything about the case.

Clark, 54, still works at the jail. He would not talk to the newspaper about the case.

A spokesman for the new sheriff, Wayne Coats, did not immediately respond Tuesday to questions about the video and the death.