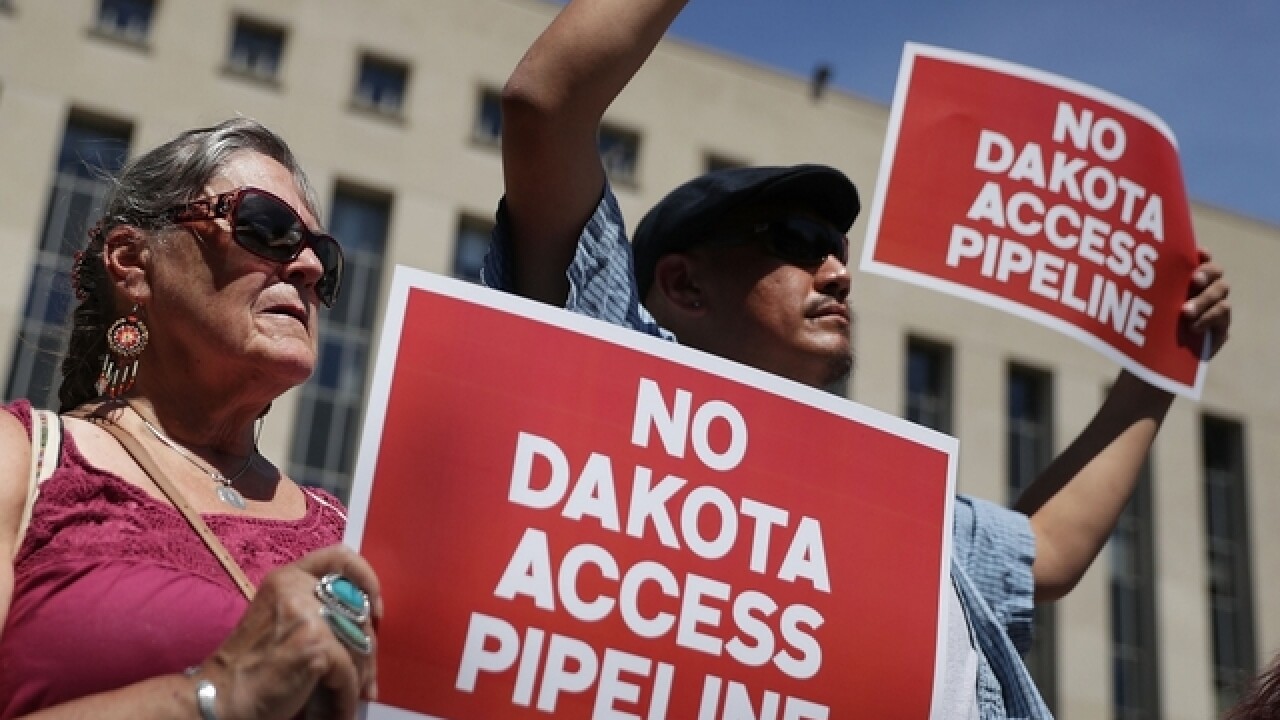 (CNN) -- Throngs of veterans from the group "Veterans Stand for Standing Rock" were arriving at the freezing Dakota Access Pipeline protest site on Sunday, one day before authorities are expected to remove protesters.
On its Facebook page, the group said more than 2,000 veterans had signed up to join members of the Standing Rock Sioux tribe and their supporters. CNN could not independently verify that figure.
"We'll get settled on the fourth (December 4) and we'll begin actions with the morning ceremony on the fifth," one of the group leaders, Michael A. Wood Jr., said in a video posted on his verified Twitter account.
With a Monday showdown looming, the veterans will add a new dimension to the protest, which up to now has pitted members of the Sioux tribe and their supporters against local law enforcement officers.
The veterans Facebook page also said US Rep. Tulsi Gabbard, D-Hawaii, will arrive to show support.
Leaders of the Sioux tribe said they won't leave their protest campsites near construction zones, despite an order to do so from North Dakota Gov. Jack Dalrymple, who cited the harsh wintry conditions as the reason they need to leave.
The US Army Corps of Engineers had warned that come Monday, activists who refuse to leave the campsite could be arrested, then backtracked, saying the agency has no plans to forcibly remove those who stay.
"By sending out a letter saying you have until December 5," Sioux Tribal Chairman Dave Archambault told CNN, " ... It just escalates and causes more concern for safety for everybody."
Over the months of protest, the tribe has been joined by multiple groups and activists. They maintain that they have been peaceful, but at times violence has erupted.
The Morton County Sheriff's Office said protesters set fires while officers tried to disperse the crowds with tear gas, rubber bullets and water sprayed from hoses attached to fire engines. Just before Thanksgiving, on an evening when temperatures dropped below freezing, police sprayed protesters with a water cannon.
Archambault said the accusations against the protesters are false, and that it's police who are being violent.
The protesters want to stop construction of the Dakota Access Pipeline, a $3.7 billion project that would transport 470,000 barrels of oil a day across four states.
It would pass through an oil-rich area in North Dakota where there's an estimated 7.4 billion barrels of undiscovered oil.
The Standing Rock Sioux tribe sued the US Army Corps of Engineers after the pipeline was granted final permits in July. The tribe says the project will not only threaten their environmental and economic well-being, but will also cut through land that is sacred.
Construction of it, they say, will "destroy our burial sites, prayer sites and culturally significant artifacts."
The-CNN-Wire
™ & © 2016 Cable News Network, Inc., a Time Warner Company. All rights reserved.
KTNV