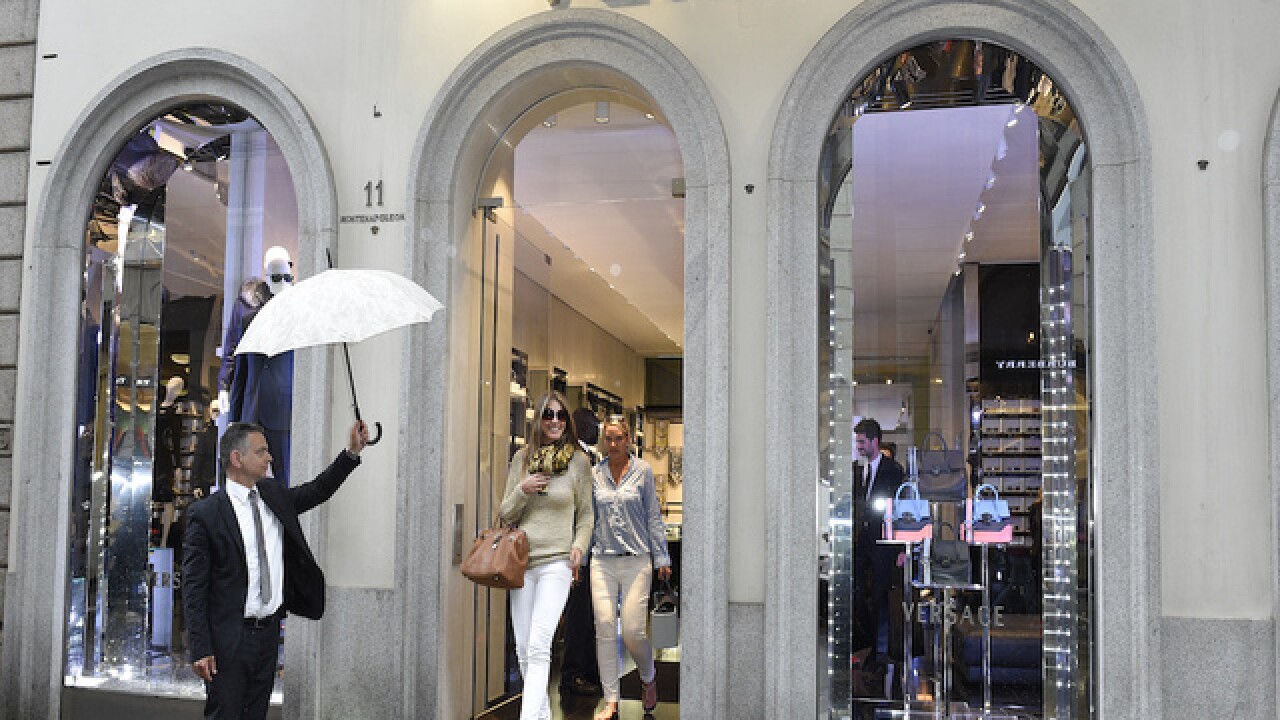 A former Versace employee in California filed a lawsuit claiming the company has a secret security code alerting workers when an African American enters the store.

The plaintiff, 23-year-old Christopher Sampino claims he was wrongfully fired from the Pleasanton, California Versace location after a manager revealed the security practice to him during a training shift, according to a report by TMZ .

A copy of the lawsuit filed in the Superior Court of the State of California in Alameda County outlines the exchange between Sampino and his manager:

The manager also told Plaintiff that he could "hold a black shirt" when using the code "so that they don't know what you're talking about." The manager then showed a clothing tag to Plaintiff and informed him, "D410 is on all black clothing."

The Plaintiff responded by telling the manager, "You know that I'm African American?" Plaintiff said the manager seemed surprised by Plaintiff's response.

Following that exchange, Sampino claims he did not receive proper training regarding rest breaks and also did not receive information needed to log in to receive pay stubs, according to the lawsuit. On Oct. 1, Sampino was fired from the store because he "[doesn't] understand luxury," and because he "[doesn't] know the luxury life," the lawsuit claims.

Sampino also said the company told him to quit because "that would make the paperwork easier."

As a class-action lawsuit, Sampino filed the case on behalf of himself and anyone else who may have experienced a similar situation.

"Versace believes strongly in equal opportunity, as an employer and a retailer, " told CNN in a statement. We do not tolerate discrimination on the basis of race, national origin or any other characteristic protected by our civil rights laws. We have denied the allegations in this suit, and we will not comment further concerning pending litigation," said the statement.

A case status conference is scheduled for March 21.