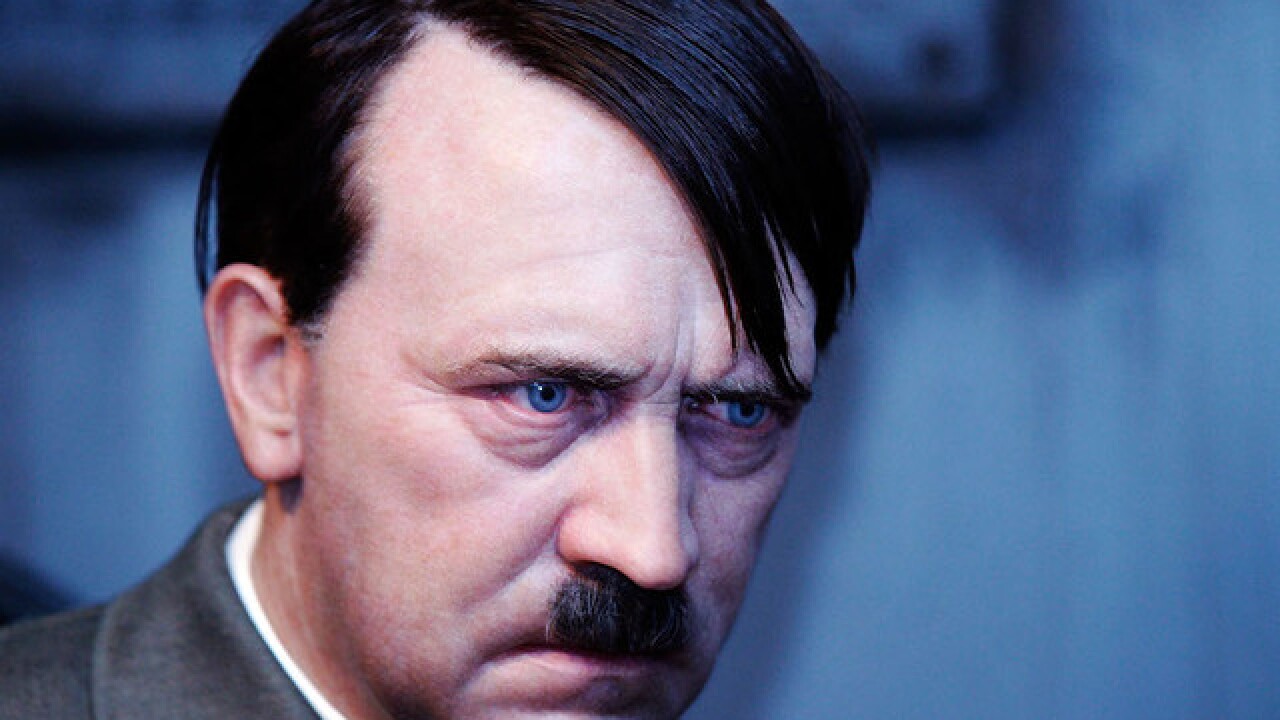 Copyright Getty Images
Steffen Kugler
<p>A wax model of Adolf Hitler during the final days in the Fuehrer-Bunker is displayed an the Berlin Branch of Madame Tussauds on July 2, in Berlin, Germany.</p>

The College Republicans group at Central Michigan University has apologized for handing out a Valentine's Day card that included a joke about the Holocaust.

"My love 4 u burns like 6,000 Jews," the pink card, which included a photo of Nazi leader Adolf Hitler, read, according to The Morning Sun of Mount Pleasant, Michigan.

The card was apparently just one among many assorted cards that were given to students sitting in one of the campus's common areas on Wednesday evening. Members of the College Republicans at Central Michigan University — a registered university group — apparently decorated cards and put them into bags to be given away to students.

The group posted an apology to Facebook on Wednesday, claiming the card was the result of a rogue member and was not endorsed by the group.

"Unfortunately, a very inappropriate card was placed into a bag without other members' knowledge," the apology read. "We in no way condone this type of rhetoric or anti-Semitism."

On Thursday, students at Central Michigan University — which has about 28,000 students — protested the card's message. Students demanded that hate speech not be tolerated on the campus, according to The Morning Sun .

"This is not who we are as a campus community. Such hurtful, offensive language, while protected by the First Amendment, is unacceptable and is not consistent with our values and standards," Ross wrote in a statement . "We caution against concluding that the action is representative of the entire student organization or its members and remind all that threatening others as a result of such an incident can have legal consequences."

Ross also said university officials, as well as campus law enforcement, had launched an investigation into the incident and were working to "determine next steps."