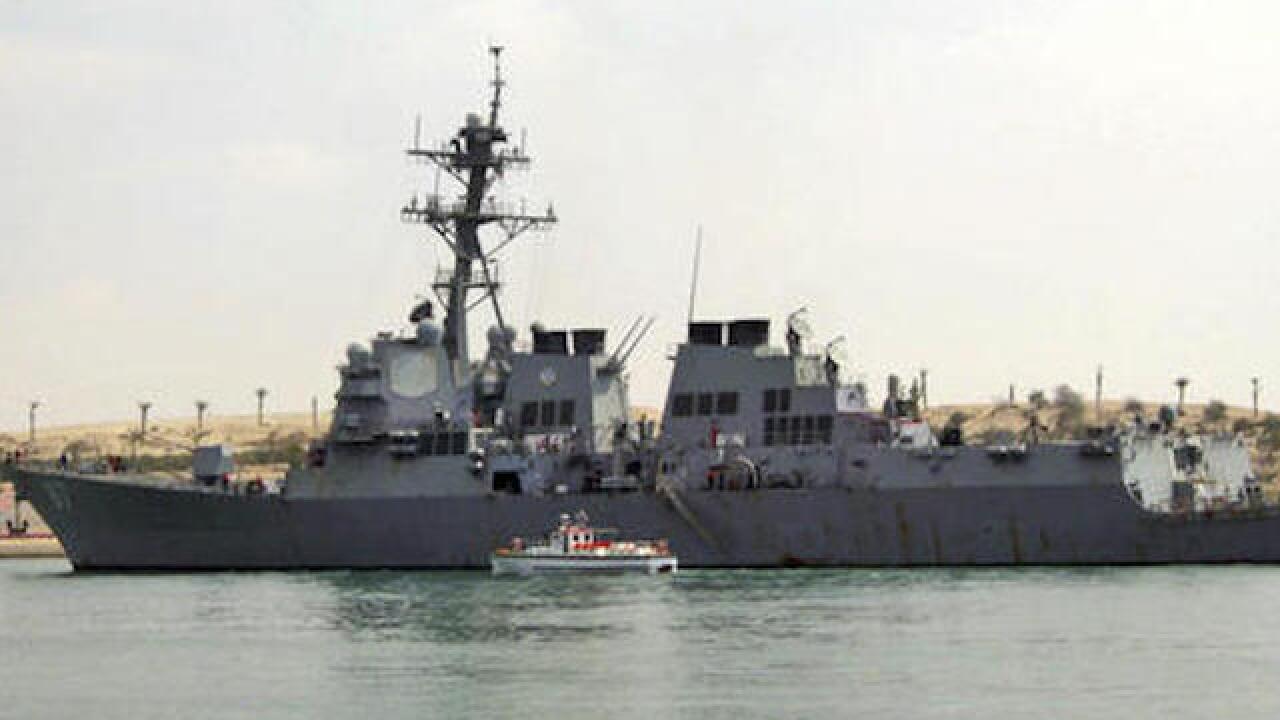 DUBAI, United Arab Emirates (AP) — The U.S. Navy on Sunday began investigating a possible overnight missile attack from Yemen on a group of American warships in the Red Sea amid uncertainty about what transpired.

The Red Sea and the nearby strategic Bab el-Mandeb strait, a crucial chokepoint for international shipping and crude oil, has been the scene of what the U.S. describes as at least two missile attacks from rebel-held territory in Yemen. American forces have fired back once with Tomahawk missiles, destroying mobile radar positions in the first shots fired by the U.S. in anger in the stalemated conflict.

In the latest incident, a group of American warships in the Red Sea on Saturday night "had indications of a possible inbound missile threat and deployed appropriate defensive measures," said Capt. Paula Dunn, a spokeswoman for U.S. Navy Forces Central Command. She said in a statement that all ships and sailors were safe, without elaborating.

An American defense official told The Associated Press on Sunday that one of the ships saw on radar what sailors believed to be missiles being fired on it out of Yemen at night. The official spoke on condition of anonymity to discuss details of the incident not yet made public.

Yemen's Shiite rebels, known as Houthis, and their allies did not immediately comment on the incident Saturday. Previously, the Houthi-controlled SABA news agency ran dispatches denying rebels ever fired on American warships.

Adm. John Richardson, the Navy's top officer, said earlier Saturday the destroyer USS Mason appeared "to have come under attack." The Mason, an Arleigh Burke class of guided missile destroyer whose home port is Norfolk, Virginia, has been targeted twice before by missile fire out of Yemen, according to the U.S. Navy.

Also known to be in the Red Sea near the Mason are the USS Nitze and the USS Ponce.

Previously, an Emirati-leased Swift boat came under rocket fire near the same area as the Mason and sustained serious damage. The United Arab Emirates described the vessel as carrying humanitarian aid and having a crew of civilians, while the Houthis called the boat a warship.

Yemen has been at war since September 2014, when the Houthis swept into the capital, Sanaa. A Saudi-led coalition of Sunni Arab nations launched a campaign against the Houthis in March 2015.

Yemen's war is largely overshadowed by the conflict against the Islamic State group elsewhere in the Middle East, though rights groups have mounted increased criticism of the Saudi-led airstrikes in recent months for killing civilians. The U.N. and rights groups estimate the conflict has killed at least 9,000 people and displaced nearly 3 million more.

The U.S. had been providing logistical and intelligence support to the Saudi-led coalition fighting in Yemen, but had begun to withdraw its support in recent weeks over the civilian casualties from its air campaign.