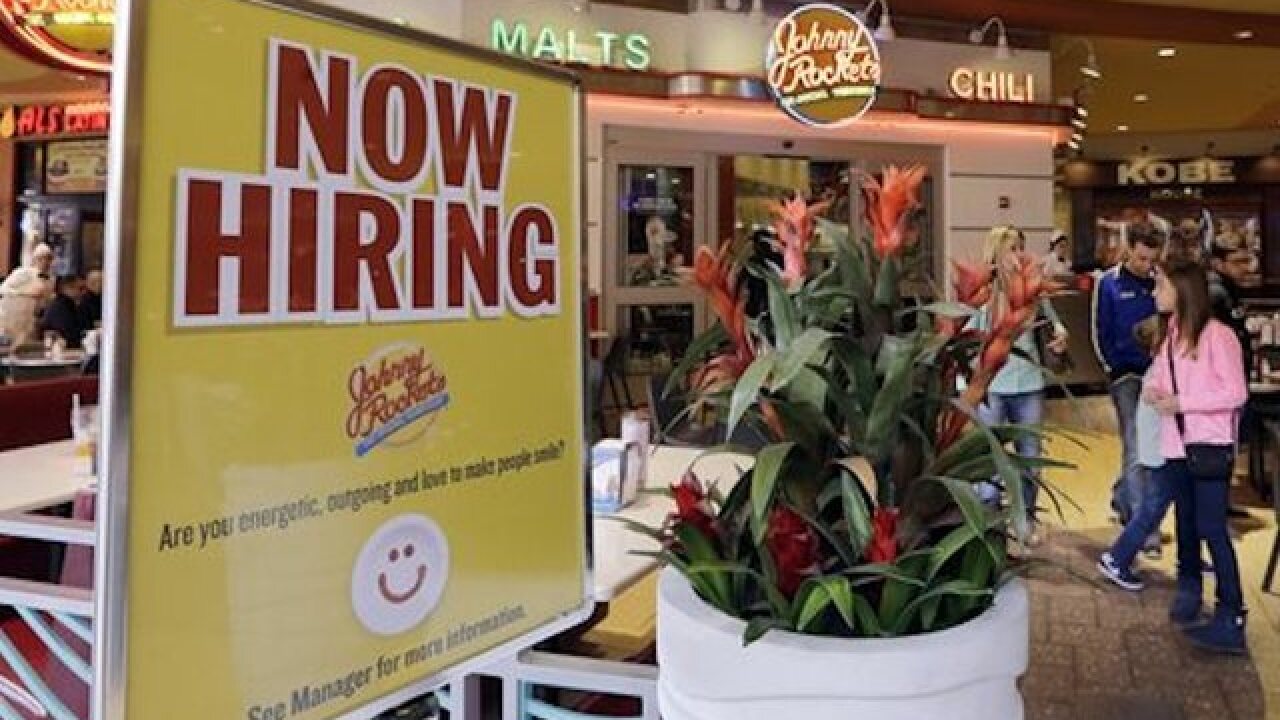 THE NUMBERS: Applications for U.S. jobless benefits fell 9,000 to a seasonally adjusted 267,000, the Labor Department said Thursday. The four-week average, a less-volatile figure, rose 3,500 to 266,750. The number of people receiving benefits was mostly unchanged at 2.19 million. The benefit rolls have fallen 6.5 percent in the past year.

THE TAKEAWAY: Applications are a proxy for layoffs, so the figures point to a stable job market with steady hiring and few job cuts. Businesses appear unfazed by the economy's current weakness, with some analysts forecasting that growth may slip below a 1 percent annual rate in the first three months of this year.

That suggests many companies may see the slowdown as temporary. Hiring has remained solid, as employers added 215,000 jobs in March. The unemployment rate ticked up to 5 percent, from 4.9 percent, but for mostly a good reason: Many people who hadn't been searching for work launched job hunts last month. Most found jobs, but not all were immediately hired. That boosted the number of unemployed.

KEY DRIVERS: The steady job gains have continued despite evidence growth is slowing. Americans barely increased their spending in February for the third straight month. Home sales have leveled off. And orders for manufactured goods fell last month, partly because of weaker overseas demand.

Growth was just 1.4 percent at an annual rate in last year's fourth quarter, and may have slowed further in the first quarter. Yet many economists expect ongoing job gains and lower prices at the gas pump to lift consumer spending in the coming months and boost growth.