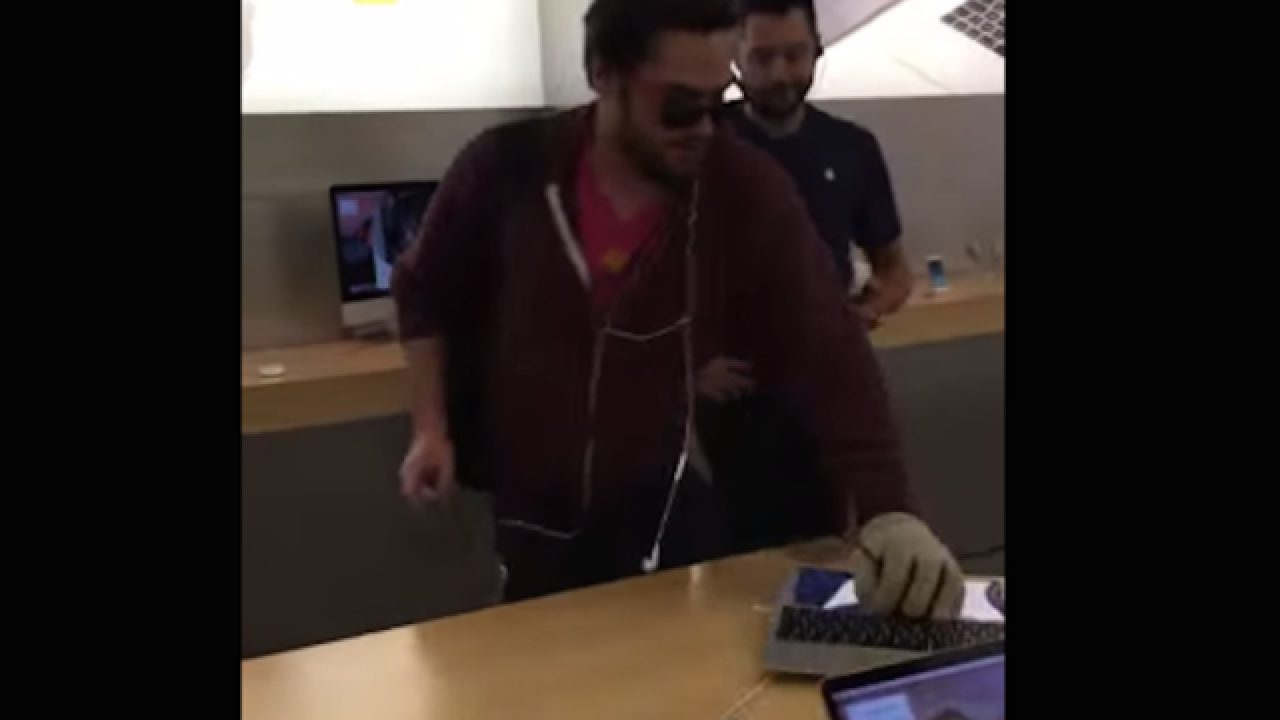 <p>A video posted to YouTube shows a French man smashes thousands of dollars worth of technology in an Apple Store.</p>

Was he upset about the lack of a headphone jack on the iPhone 7? Was he told that reservations at the Genius Bar were full for the next week? Is he just a rabid Android fan?

One thing is for certain: This man in France is furious with Apple.

Videos posted to YouTube show the man strolling through an Apple Store — reportedly located in Dijon, France — calmly smashing thousands of dollars worth of products with steel ball.

The man in the video smashed dozens of iPods, iPhones, iPads and laptops before being escorted out of the store. In subsequent videos, the man tries to make a break for the mall’s exit, only to be recaptured.

Watch the video in the player below.