UNHCR says up to 240 dead in wrecks off Libya 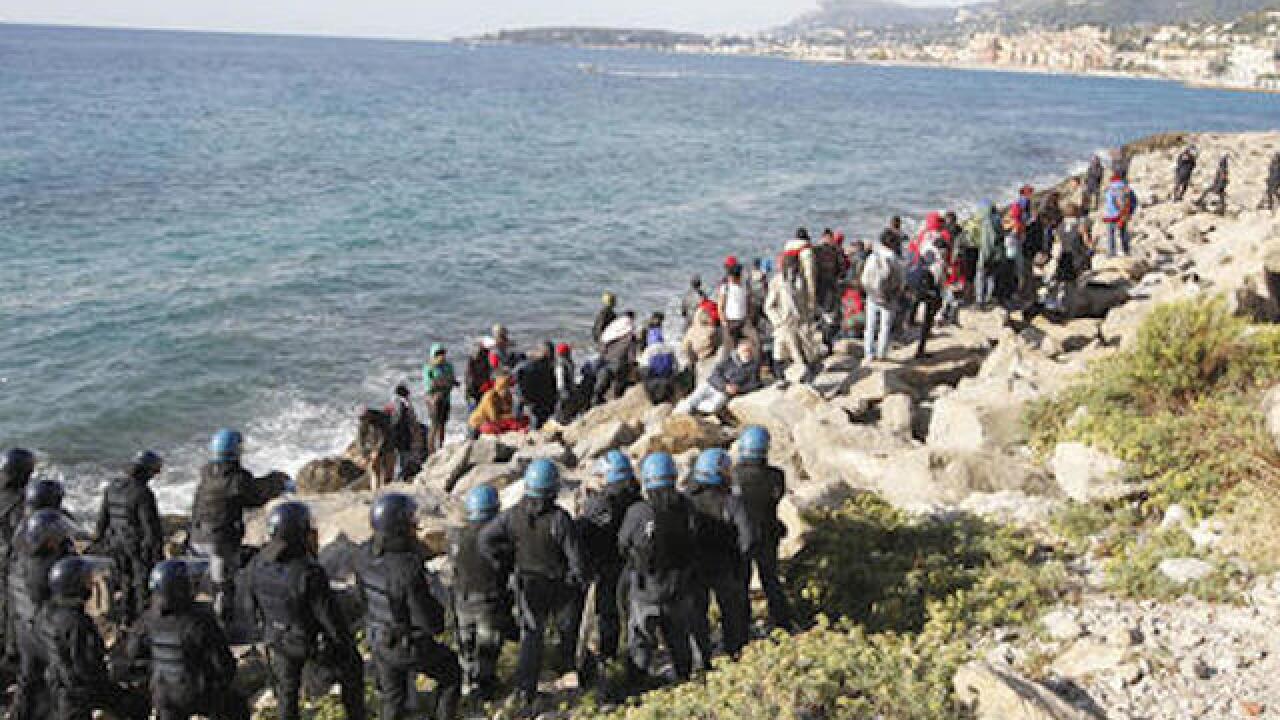 Copyright Associated Press
Lionel Cironneau
<p>Refugees and migrants face Italian police officers in riot gear at the Franco-Italian border in Ventimiglia, Italy, Wednesday, Sept. 30, 2015. Italian police have emptied out a migrant tent camp in the border city of Ventimiglia, prompting dozens of migrants to flee to rocks along the shoreline. (AP Photo/Lionel Cironneau)</p>

MILAN (AP) — Survivors say as many as 240 people have died in two shipwrecks off Libya, the U.N. refugee agency reported Thursday — bringing this year's toll to more than 4,220 migrants dead or missing in risky Mediterranean Sea crossings, the highest count on record.

Carlotta Sami, a UNHCR spokeswoman in Italy, said 31 survivors of two shipwrecks who arrived on the southern Italian island of Lampedusa reported that the rubber dinghies they were traveling in had capsized in heavy seas shortly after leaving Libya.

Sami said 29 people survived the first wreck, reporting that about 120 other people on their boat had gone missing. And in a separate operation, two women found swimming at sea told rescuers that another 120 people had died in their wreck.

In both cases, most people on board appeared to have been sub-Saharan Africans, but Sami said aid workers were still ascertaining details about the shipwrecks.

Leonard Doyle, a spokesman for the International Organization for Migration, said 12 bodies were recovered in one of the shipwrecks, located 25 miles (40 kilometers) off the Libyan coast.

UNHCR said the increased number of deaths this year is partly due to the fact that smugglers are often using rubber dinghies, which are prone to deflating and often see people fall overboard. In addition, more migrants are arriving with severe burns from being exposed to fuel mixed with sea water in the bottom of the dinghies. Smugglers are using rubber dinghies because they are cheaper and easier to obtain.

According to the IOM, 3,777 people were dead or missing in the Mediterranean last year, the previous high.

International agencies rely heavily on survivor accounts to tally the number of people dead or missing in the dangerous journey across the Mediterranean in smugglers' boats. Often the boats sink in high seas, where it is difficult if not impossible to recover any bodies.