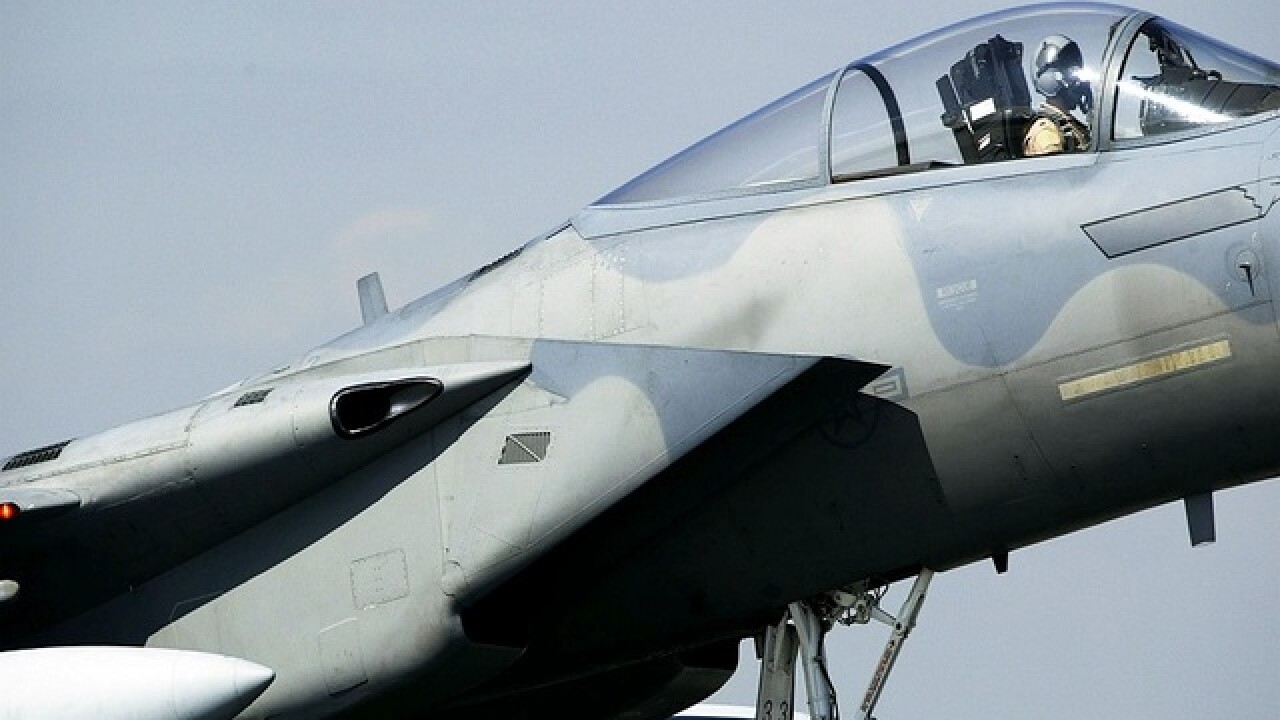 BEIRUT (AP) — Turkish jets have struck the U.S.-backed Syrian Kurdish militia north of the embattled city of Aleppo, claiming to have killed as many as 200 militia members, Turkey's state-run news agency reported Thursday.

A senior commander of the main Syria Kurdish militia, which has been supported by the United States, confirmed Turkish jets and artillery were still attacking his forces north of Aleppo, but disputed the casualty count saying no more than 10 of his fighters were killed so far.

Commander Mahmoud Barkhadan of the People's Protection Units told The Associated Press that Turkish tanks have been shelling the Kurdish-led forces in the area since early Wednesday. He said jets joined overnight and continue to pound his forces in the area. He said more than 30 aerial attacks had taken place so far and that early reports suggest no more than 10 fighters were killed and 20 were wounded. There was no word on civilian casualties yet.

The bombardment was a major escalation by Turkey just as the offensive to recapture the city of Mosul from Islamic State militants in Iraq was intensifying. Iraqi Kurdish forces have carried the brunt of the fighting so far in the Mosul offensive.

Kurdish forces in Syria have also carried out most of the fighting against IS and made significant territorial gains, including advances in the last few days against IS militants in Aleppo province, much to Turkey's fury in recent months. Turkey, which is dealing with a homegrown Kurdish insurgency, has been trying to prevent an expansion of Kurdish influence in Syria.

"We will not back down," Barkhadan said in a telephone interview from the area. He accused Turkey of aiding IS militants by diverting the fight into a Turkish-Kurdish one. "We are fighting Daesh, why are they striking at us?" he asked, using the Arabic acronym for IS.

The Anadolu Agency, quoting military officials, said the raids were carried out late Wednesday night, attacking 18 targets in the Maarraat Umm Hawsh region in northern Syria. Between 160 and 200 militia fighters were killed in the raid. The targets hit were in areas that the Syrian forces recently took over as they pressed ahead with their campaign to drive Islamic State militants from areas north of Aleppo.

The Syrian Kurdish force has been an ongoing source of tension between NATO allies Turkey and the United States.

The U.S. considers the militia group, known as the People's Protection Units or YPG, to be the most effective force in the fight against the Islamic State group in Syria. Turkey says the group is an extension of its own outlawed Kurdish militants who have carried out a series of deadly attacks in Turkey over the past year and considers it to be a terrorist organization.

Ankara has grown increasingly wary as the YPG succeeded in securing large portions of territory along the Syrian-Turkish border. In August, Turkey sent troops and tanks into northern Syria to help Syrian opposition forces drive the Islamic State group away from an area bordering Turkey, and to curb the Syrian Kurdish forces' territorial expansion.

The Turkish attack came after Turkish President Recep Tayyip Erdogan said his country would not "wait for terrorists to come and attack" but would go after them before they have the chance to strike.