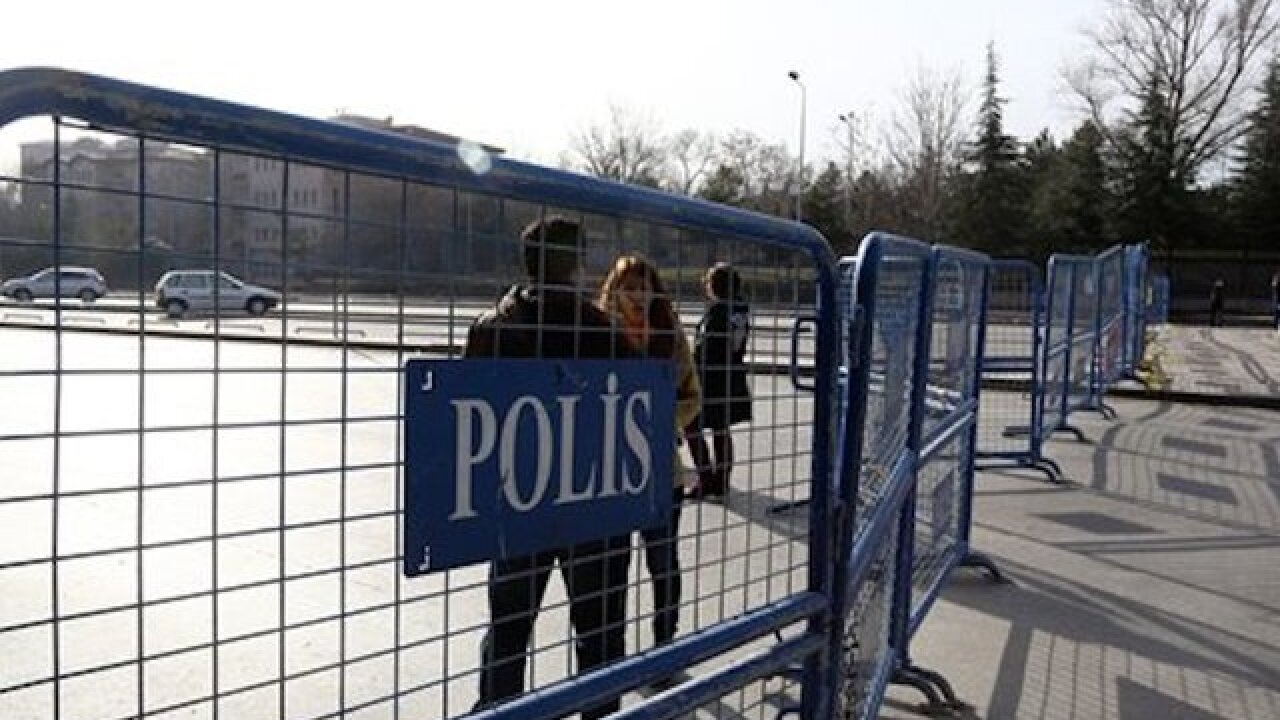 ANKARA, Turkey (AP) — At least 45 Kurdish rebels were killed in Turkish air strikes against suspected militant targets in northern Iraq following the suicide car bombing in Ankara, the military said Tuesday. Meanwhile, a police officer and three Kurdish militants were killed in fighting in a neighborhood in the mainly Kurdish city of Diyarbakir.

Turkish F-16 and F4 jets struck Kurdistan Workers Party, or PKK, positions across the border in Iraq on Monday, a day after the attack which killed 37 people and wounded dozens of others. There was no immediate claim of responsibility for the Ankara attack, which authorities say was carried out by a female bomber and a possible male accomplice. Turkish Prime Minister Ahmet Davutoglu said there were "almost certain" indications that the attack was the work of the PKK.

The attack escalated tensions with the Kurds and further complicated Turkey's place in the region as it battles a host of enemies across its borders including the Syrian government, Kurdish rebels in both Iraq and Syria, and the Islamic State group. Turkey also has been forced to absorb 2.7 million refugees from the conflict.

Authorities on Tuesday declared a curfew in Diyarbakir's low-income Baglar neighborhood early after clashes erupted overnight between Kurdish militants and the security forces. A police officer and three militants were killed in the clashes which also injured 10 other policemen, the state-run Anadolu Agency reported. Many residents were seen fleeing the neighborhood.

Turkey this week also declared 24-hour curfews and launched large-scale operations against Kurdish militants in the towns of Nusaybin and Yuksekova and the city of Sirnak, in the mostly Kurdish southeast region.

Police meanwhile pressed ahead with a security sweep across Turkey, detaining 55 people suspected of being members of a group that is considered the youth wing of the PKK in six provinces, Anadolu reported.

Earlier, the military said Monday's air strikes which targeted the Qandil mountains, where the PKK's leadership is based, killed 45 PKK rebels and destroyed two arms depots and two rocket launcher positions. The military claim could not immediately be verified.

The PKK is fighting Turkey for Kurdish autonomy in the southeast. The fragile two-year peace process collapsed in July, re-igniting the conflict. The PKK is considered a terror organization by Turkey and its allies.

Meanwhile, the military denied a claim by Russian Foreign Minister Sergey Lavrov who said Moscow has information that Turkey's military is entrenched a few hundred meters (yards) inside Syrian territory to prevent Kurdish groups from strengthening their positions.

A brief military statement on the issue said: "The claims are untrue."