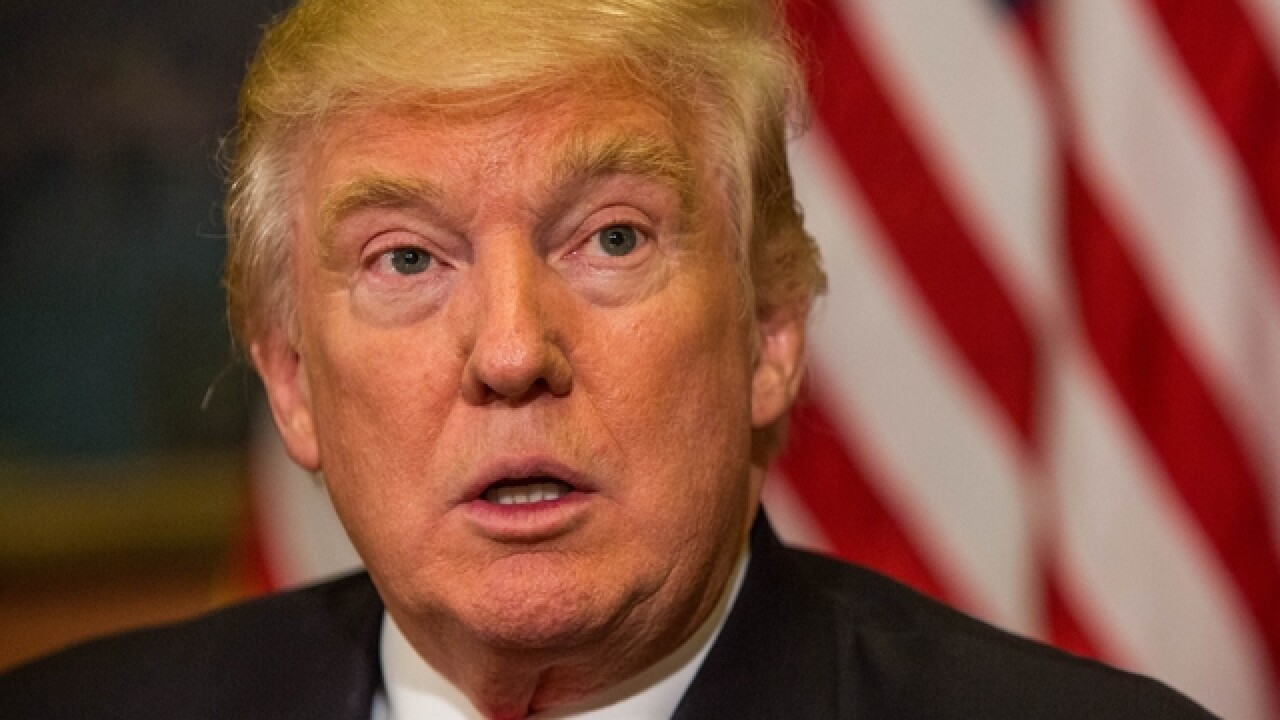 WASHINGTON (CNN) -- US Secret Service Director Joseph Clancy wants to set the record straight about President-elect Donald Trump's private security team and whether it's causing conflict with his agents.

In an exclusive interview with CNN -- his first since Trump's election -- Clancy also offered a wide-ranging look at the unique logistical challenges of providing security for the President-elect's large family and securing his New York residence.

Most of all, however, he wanted to push back against suggestions that there were conflicts between the Secret Service and the private security team that's protected Trump for years. Politico reported last month that Trump's private team "bristled" at the Secret Service's desire to take the lead in protecting Trump and in some cases, they had gotten in the way of the agency's protocols.

"There is no friction at all" with Trump's private team, insisted Clancy, who said his agency has "sole responsibility" for protecting the President and the first family. He added that there is no overlap between the private team and his agency.

"They are not in our meetings," Clancy said. "They are not armed. They are more of a staff function than a security function. We don't interact with them."

He explained that while Trump's private team is there to ensure public events run smoothly and there are no disruptions from the crowd, Secret Service agents are the only ones protecting the President-elect.

Although protesters have been a feature of many Trump campaign stops and some have pledged to protest the inauguration, Clancy said that unless a protester is a direct physical threat to the President, the Secret Service will not intervene.

"We want to make sure everyone has their First Amendment rights," he said, adding that if a protester is removed, that is a decision made by event staff.

Trump has named the head of his private security team, retired NYPD officer Keith Schiller, as his director of Oval Office operations and deputy assistant to the President. Clancy said Schiller serves as a "conduit for information" between the agents and the President-elect and helps inform the Secret Service about any changes to Trump's itinerary.

"He has a larger family. He's got five children, grandchildren, so that will require more assets, more personnel," Clancy said.

He noted that Trump's children are "young adults, so they're very active, they travel." But Trump's Fifth Avenue residence in New York City, Trump Tower -- where future First Lady Melania Trump plans to reside through next spring with the couple's youngest son -- presents a different challenge.

It's not unusual for a first lady to be in a different location than the President, Clancy said, but he acknowledged the new Trump arrangement represents a "longer period of time" than usual -- even though his agency would never advise the first family to change their preferred living arrangements.

"There are enough inconveniences when you take on this role as President and first lady," Clancy said. "We don't want to add to that."

The midtown Manhattan building sits on one of the busiest streets in the country. Clancy said the goal is to provide robust security while simultaneously allowing local businesses and residents to continue using the building.

"We are bringing in more resources" to handle the situation, he said, adding that the Secret Service is working to establish a command post inside Trump Tower that would be "pretty close to an entire floor."

According to Jared Horowitz, who works for the company responsible for available commercial space at Trump Tower, the floors available to rent -- with the average floor space running between 13,500 to 15,500 square feet -- cost about $1.5 million a year. Asked about the high price tag, Clancy said they were required by law "to pay for the property that we need," adding that the space was "critical to the protection of the President, so it's something that needs to be done."

"It's actually no different than what we've done with other presidents," Clancy continued. "We rented some property in Chicago when President Obama first became president for his trips when he was going out to Chicago. So, this is typically what we do."

Regarding the government's negotiations with their new landlord, the Trump Organization, Clancy said, "They're very fair with us. They understand the responsibilities we have and they've been very accommodating."

Clancy, a 27-year veteran of the Secret Service who ran the presidential protection division during the first years of Barack Obama's presidency, noted there are more similarities than differences among the presidents they protect.

"I don't think any of them sleep very well," he said. "They're also very schedule-oriented. They all run on tight schedules," adding that, "They're all involved in athletics. Some enjoy golf, some enjoy running, some biking."

In the past year and a half that the Secret Service has been working with Trump, Clancy said he has met with him a couple of times, describing him as "very gracious and very appreciative" of the Secret Service.

Asked how Trump was adjusting to motorcades and having round-the-clock teams of armed agents guarding him, Clancy said "it's unusual for anyone to get used to it, but he has been terrific."

Two newer areas the Secret Service is focused on are social media and cyberthreats, an area of particular concern given Trump's frequent use of Twitter and mounting concerns regarding US cybersecurity.

The director said the Secret Service now has a specific division focused on potential social media threats. He also said they are deploying the same experts that provide cyber security for the US financial system in order to ensure that facilities visited by the president are defended from cyber-attacks.

"Everything keeps me up night," he said of the array of threats.

But, he added, "that's our business."