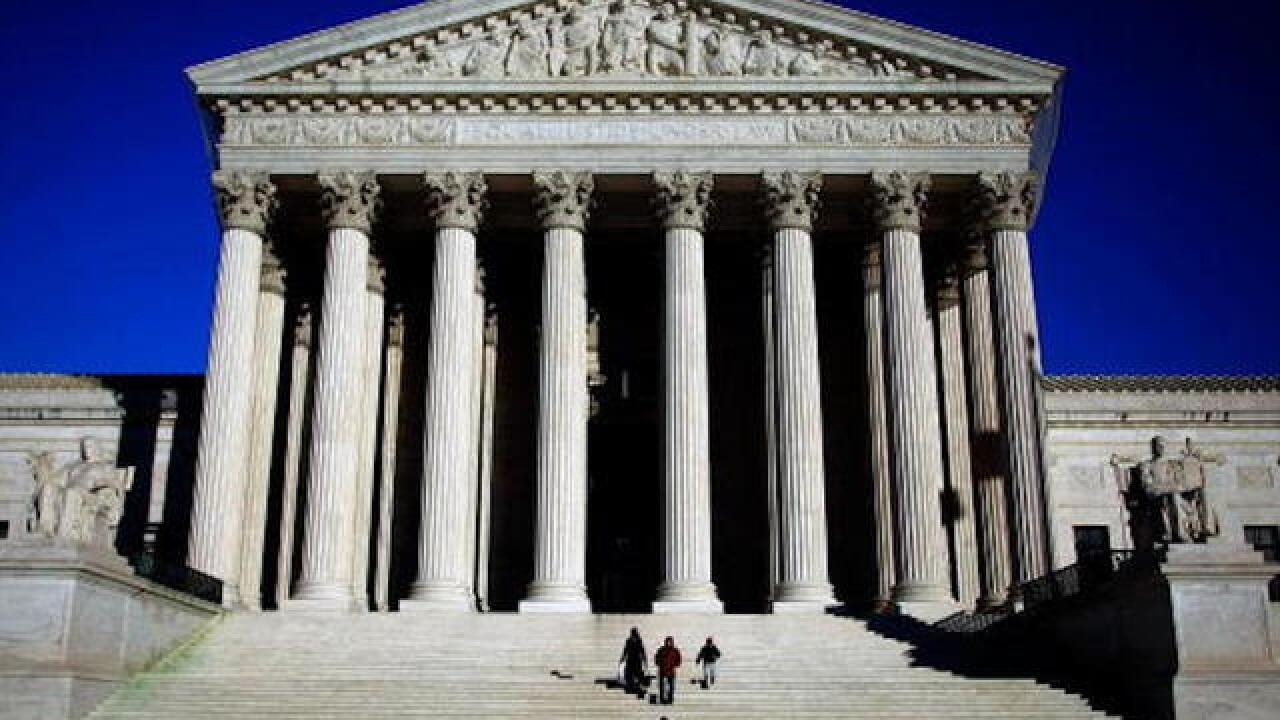 Top Justice Department lawyers are now in charge of defending the Trump administration's hastily drawn up executive order, and they are assiduously avoiding President Donald Trump's blunt and inflammatory tweets in favor of sweeping and bold statements about national security and executive power.

In their first full-throated defense of the executive order, the lawyers argue that a lower court's injunction "contravenes the constitutional separation of powers ... harms the public by thwarting" enforcement of the order, and "second-guesses" the President's judgment about the "quantum of risk posed by the admission of certain classes of aliens."

Trump's order bars citizens of seven Muslim-majority countries -- Iraq, Syria, Iran, Libya, Somalia, Sudan and Yemen -- from entering the US for 90 days, all refugees for 120 days and indefinitely halts refugees from Syria.

The lawyers face an uphill battle to vacate the lower court's order, but in making their arguments, they've laid out a broad defense that will replay in other upcoming challenges.

The lawyers' language is in stark contrast to that of the President. who tweeted Saturday: "The judge opens our country to potential terrorists and others that do not have our best interests at heart. Bad people are very happy!"

The first line of attack in the 30-page brief centers on whether the two states involved, Washington and Minnesota, have the legal right to be in court. It's a threshold issue -- called "standing" -- but courts take it very seriously. A state has to prove that it has been harmed in order to bring the challenge.

Noel J. Francisco, the acting-solicitor general who signed the brief, quotes precedent and stresses it is "no part" of a state's "duty or power" to enforce its citizens' rights in respect of their relations with the federal government.

Francisco dismisses one argument put forward by Washington -- that its public universities will be harmed by the executive order-- noting that "most if not all of the students and faculty members the state identifies are not prohibited from entering the United States."

He argues the state's arguments are not good enough because they have "identified only speculative harms it would suffer from temporary suspension of the entry of aliens affected by the order."

"Apparently, on the government's view, the order is directed at non-citizens with no meaningful constitutional rights, and any impact on those with substantial ties to the United States is incidental," said Steve Vladeck, CNN legal analyst and professor of law at the University of Texas School of Law.

"But given the special relief the government lawyers are seeking, it's not clear they've done enough to show that they are harmed by the district court's order to anywhere near the same degree as immigrants from these seven countries are harmed by the executive order," he said.

Key to the argument is the President's role when it comes to national security.

"Unlike the President, courts do not have access to classified information about the threat posed by terrorist organizations operating in particular nations, the efforts of those organizations to infiltrate the United States, or gaps in the vetting process," Francisco's brief says.

While the states argued that the order discriminates based on religion, Francisco insists the order "does not favor Christian refugees at the expense of Muslims, but rather is neutral with respect to religion."

The final thrust in the brief is that what the lower court did by blocking the order nationwide boils down to "judicial second guessing."

"Judicial second-guessing of the President's determination that a temporary suspension of entry of certain classes of aliens was necessary at this time to protect national security would constitute an impermissible intrusion on the political branches' plenary constitutional authority over foreign affairs, national security, and immigration," Francisco writes.