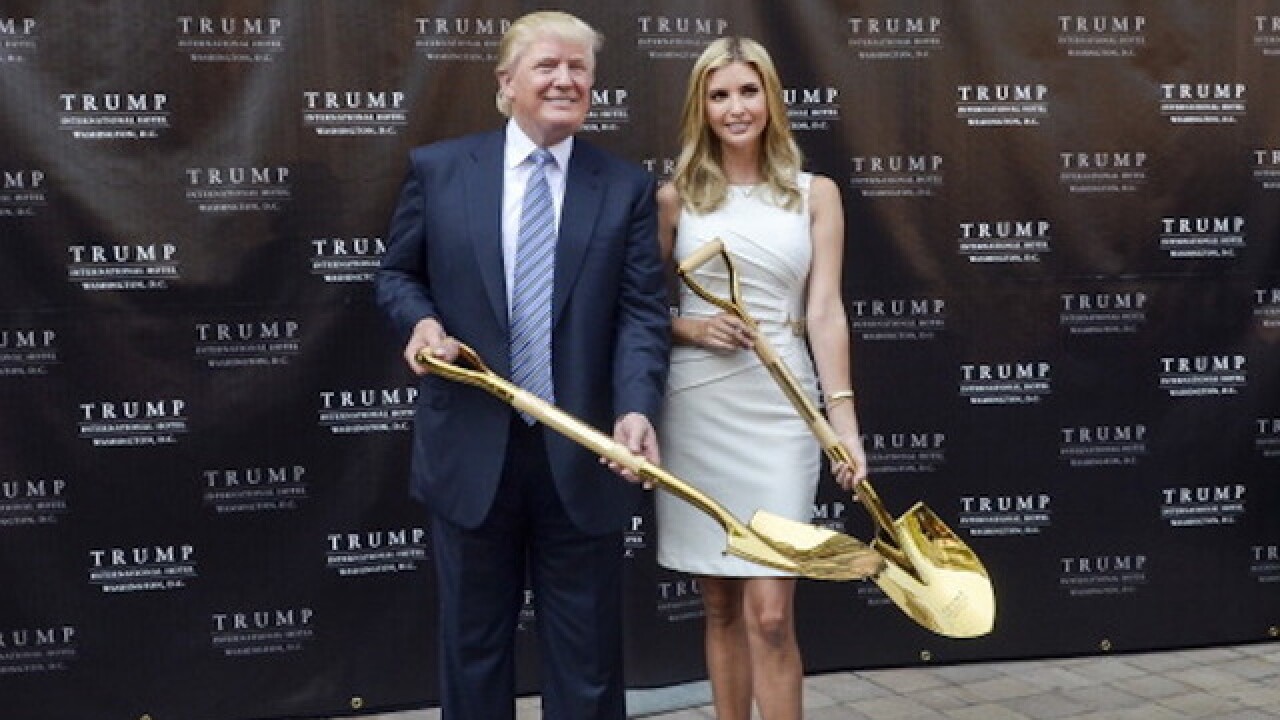 NEW YORK (CNNMoney) -- The Trump International Hotel in Washington, D.C. is refusing to provide additional information about a report saying that members of the media have been barred from the premises this week.

Politico's Daniel Lippman wrote Wednesday that he was stopped at the hotel door when he arrived earlier that morning for a breakfast meeting. After identifying himself as a journalist, Lippman said he was informed that the press was not permitted inside.

"Media is not allowed in this week in respect of the privacy of our guests," Patricia Tang, the hotel's director of sales and marketing, reportedly told Lippman in an email.

Reached for comment by CNNMoney, Tang made it clear at the outset that she didn't want to wade further into the matter.

"We really don't have any comment," she said by phone. "I mean, we gave all we're going to say, which is that we protect the privacy of our guests."

In his own story about the encounter, Lippman pointed out that Trump and three of his adult children have a 60-year lease on the hotel with the federal General Services Administration, the result of a winning bid to redevelop D.C.'s Old Post Office.

That lease stipulates that the public should enjoy access to the building's historic areas "subject to such reasonable rules and time restrictions as Tenant may formulate from time to time and as approved in writing by Landlord," although there is an exception for public safety.

When CNNMoney tried to ask whether a ban on the press might violate the hotel's lease, Tang grew agitated.

"Sir, you're not listening to what I'm saying. I'm hanging up now," she said, and then did so.

It is unclear whether the hotel's media ban was ordered by Trump himself. A spokeswoman for the president-elect did not respond to a request for comment.

But it comes at a time when the press corps is increasingly uneasy with the rhetoric and actions of the incoming administration.

Journalists were alarmed by an Esquire report over the weekend that quoted unnamed officials on Trump's transition team, one of whom said that the administration views the news media as "the opposition party." The official also suggested that the White House press corps may be booted from the building and moved to the Old Executive Office Building next door.

Following the report, incoming White House press secretary Sean Spicer insisted that the Trump administration only wanted to provide reporters with a larger space for the daily press briefings.

Lippman, for his part, said in an email that he relocated his breakfast with friends to the Willard InterContinental, located just a half-mile from Trump International.

"At least I got in a good walk from Trump to the Willard," Lippman said, "but definitely an unusual morning."