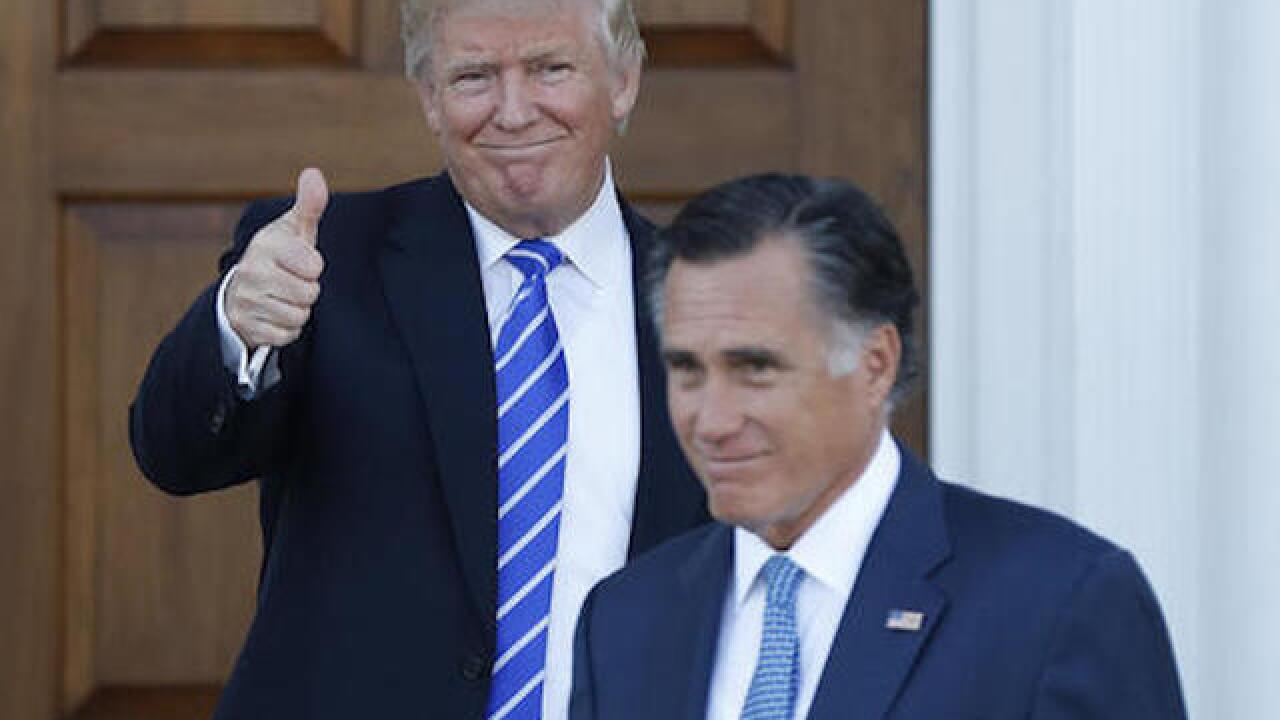 NEW YORK (AP) — The Latest on Donald Trump's transition to the presidency (all times local):

President-elect Donald Trump's visit to The New York Times is to consist of a private meeting with the publisher followed by an on-the-record session with Times journalists.

Trump at first abruptly canceled the meeting, accusing the organization of changing the ground rules. The Times said Trump's team actually tried to change the conditions by asking that the entire session be off the record.

But before long, both sides said the meeting was back on Tuesday.

President-elect Donald Trump may be visiting with The New York Times after all.

Spokesman Hope Hicks told reporters gathered in Trump Tower on Tuesday morning that Trump was "going to The New York Times" later in the day.

The statement comes only hours after Trump tweeted that he would not be meeting with the newspaper.

He wrote on Twitter that he canceled the meeting "with the failing @nytimes when the terms and conditions of the meeting were changed at the last moment. Not Nice."

A top adviser to Donald Trump is suggesting that the president-elect is going to help Hillary Clinton "heal" and not pursue a probe of her private email server.

Kellyanne Conway said on MSNBC on Tuesday that Trump is setting a tone for congressional Republicans by refraining from calling for more investigations. She says that "he doesn't wish to pursue these charges."

Days earlier, Trump told CBS's "60 Minutes" that he wants to think about whether to look more into Clinton's homebrew email server and the Justice Department's decision to not recommend charges against her.

Now Conway says that, "if Donald Trump can help her heal, then perhaps that's a good thing."

Trump during the campaign vowed to put his Democratic presidential rival "in jail" over the matter.

President-elect Donald Trump has abruptly canceled a meeting with The New York Times. He accused the organization of changing the conditions for the session "at the last moment." The newspaper denied the charge and said Trump's aides tried to change the rules.

He'd been scheduled to meet Times reporters, editors and columnists and did not give details of his complaint, saying in a morning tweet only that "the terms and conditions of the meeting were changed at the last moment. Not nice."

Eileen M. Murphy, the newspaper's senior vice president for communications, said the paper "did not change the ground rules at all."

She said Trump's aides asked for a private meeting only, with nothing on the record, after having agreed to a meeting that would consist of a small off-the-record session and a larger on-the-record one with reporters and columnists.