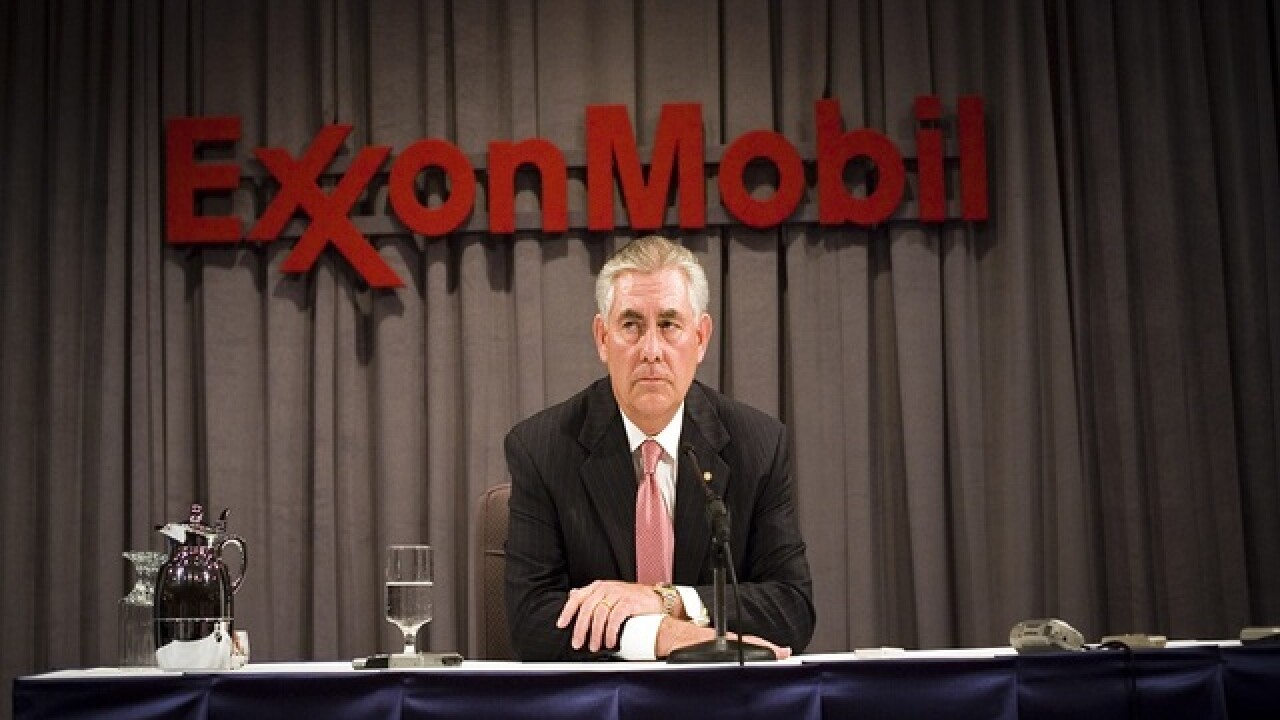 Brian Harkin
<p>DALLAS - MAY 28: ExxonMobil Chairman Rex Tillerson speaks at a press conference after the ExxonMobil annual shareholders meeting at the Morton H. Meyerson Symphony Center May 28, 2008 in Dallas, Texas. A total of 19 resolutions were voted on today by shareholders. (Photo by Brian Harkin/Getty Images)</p>