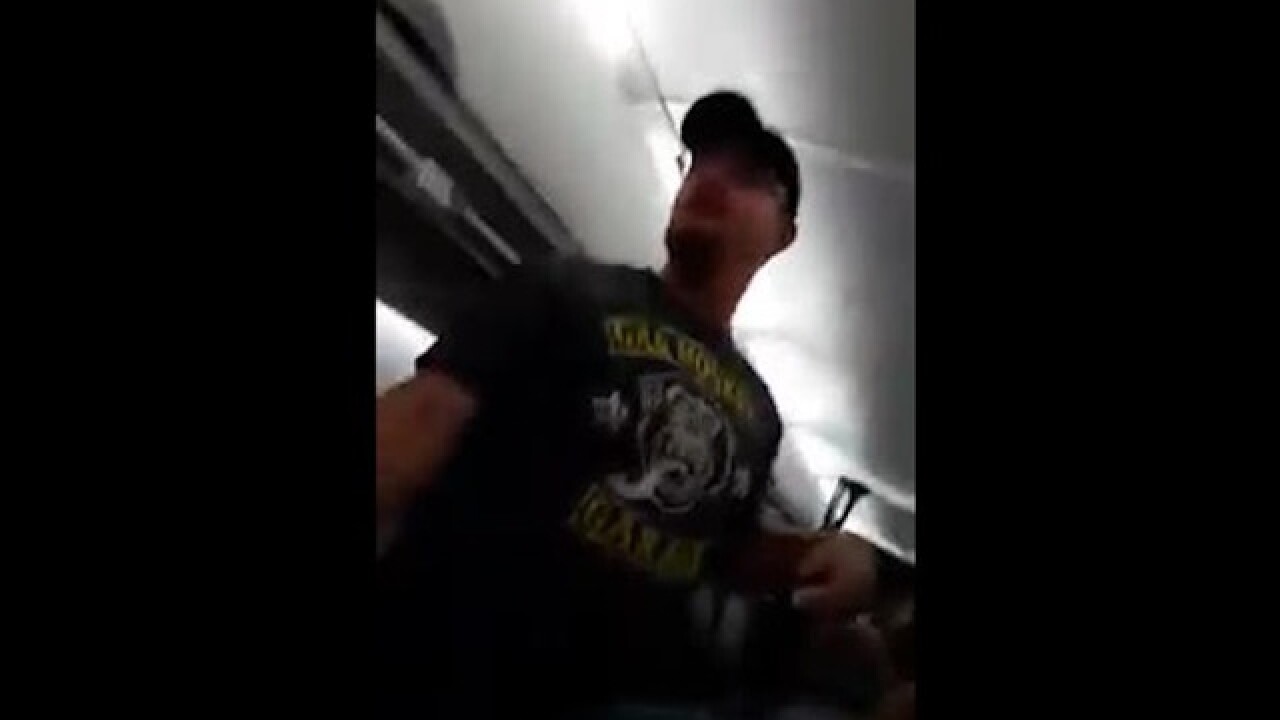 CNN
<p>A self-identified Donald Trump supporter rants at passengers on a passenger airplane from Atlanta to Allentown, Pennsylvania on Tuesday.</p>

A vocal supporter of President-elect Donald Trump went on a boisterous rant onboard an airplane this week and video of his tirade has gone viral.

"We got some Hillary b-tches on here?," the man asked as he stood in the aisle of the crowded Delta flight on Tuesday. "Donald Trump, baby!"

The flight was headed from Atlanta to Allentown, Pennsylvania. At least one person filmed the incident and posted video online. It has since been viewed millions of times.

"Donald Trump is your president. Every god--mn one of you," the man continued. "If you don't like it, too bad."

A spokesperson from Delta told NBC News they are "investigating" the incident and they apologized to other passengers on the flight.