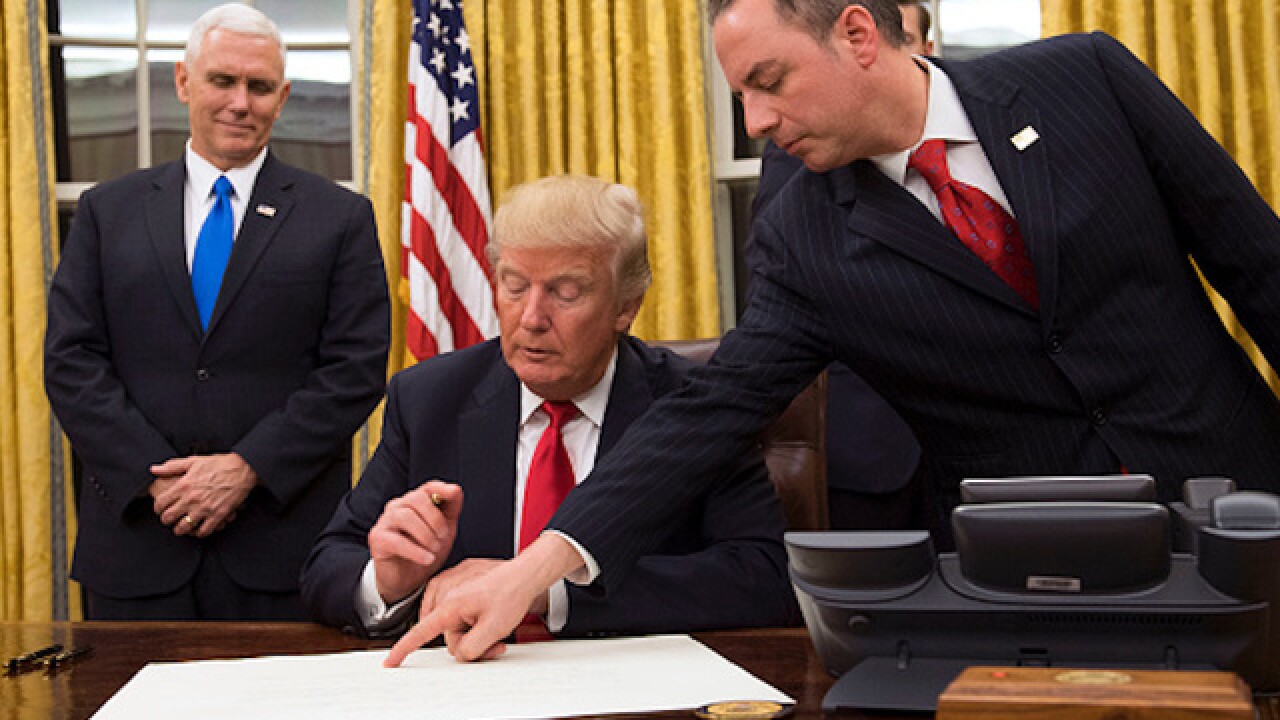 Even during the Obama years, US law banned direct funding for abortion services. But NGOs that performed the procedure were allowed to receive US funding for other programs, including those related to contraception access and post-abortion care.

Now, NGOs that offer or promote abortions as part of their family planning services will be prevented from receiving any assistance from the US Agency for International Development, one of the largest contributors to international development assistance.

Reaction from Democrats and abortion rights activists was swift.

In a statement issued shortly after the action was signed, NARAL Pro-Choice America slammed the move.

"Donald Trump has turned his anti-women rhetoric into policy, and made it more difficult for women and families all over the world to access vital reproductive care. He really is living up to the lowest of expectations," NARAL's president, Ilyse Hogue, wrote.

New Hampshire Democratic Sen. Jeanne Shaheen took to Twitter to announce that she would put forward a bill repealing the policy permanently. Such a bill would end the cycle of repeals and reinstatements the policy has seen over the years, but would be unlikely to pass a majority-Republican Congress.

Meanwhile, conservatives in Congress are applauding Trump for signing the executive action.

"For yrs, U.S. has debated abortion," Sen. James Lankford, an Oklahoma Republican, tweeted Monday. "At least we can agree no taxpayer should be forced to pay for it."